Advances In Immunotherapy For Cancer 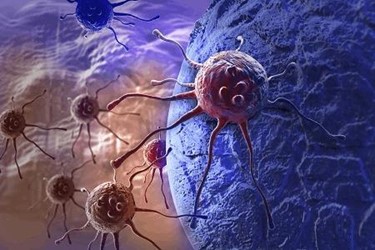 Every year cancer kills eight million people worldwide. By 2030, the number of annually diagnosed cases will exceed 21.7 million resulting in 13 million cancer deaths due to aging and population growth.

Lung, breast, colorectal, and prostate cancer are the four most commonly diagnosed cancers with lung cancer taking the lead (Ventola 2017). Although enormous progress has been made, treatments still include surgery, radiation, and chemotherapy with many patients either not responding well or relapsing. In addition to the treatments, patients must also manage a wide variety of undesirable side effects that impact their quality of life.

While it has been previously established that the immune system can recognize cancer cells, it is also known that cancer cells are very good at evading its normal surveillance functions. Over the past decade, advances in oncology research have resulted in many new treatment options that include immunotherapies. Active therapies that induce an immune response include cytokines, monoclonal antibodies (mAbs), and cancer vaccines. Passive therapies that stimulate a patient’s intrinsic immune response include: bispecific T-cell engagers (BiTE Antibodies), bispecific and multispecific antibodies, oncolytic viruses, cell-based therapies, and tumor-targeting mAbs (Morrissey 2016).

Let’s examine a couple of the newer therapies in more detail.