Changes In Regulatory Requirements For Biosimilar Development In India

In India, Central Drugs Standard Control Organization (CDSCSO), the national regulatory authority evaluating the safety, efficacy, and quality of drugs, defines Similar Biologic (SB)/biosimilar as a product which is similar in terms of quality, safety, and efficacy to an approved Reference Biologic (RB) product based on comparability. The Department of Biotechnology (DBT) through the Review Committee on Genetic Manipulation (RCGM), oversees the development and preclinical evaluation of SB in India.

The September 2012 Guideline for SB was revised in August 2016 jointly by CDSCSO and DBT in consultation with stakeholder experts from industry associations, leading scientific institutions, and laboratories. The revision was done with the objective of keeping pace with ever changing global standards and to streamline the regulatory process for the authorization of SB in India. As in the past, the current guideline does not replace existing Rules under the Drugs & Cosmetics (D&C) Act, its amendments, or any other relevant Acts, and are applicable for SB to be developed in India or imported into India for marketing authorization. The revision has factored and taken into consideration the recent guidelines from EMA on Similar Biological medicinal products, 2014, as well as the current WHO guidelines on the quality, safety, and efficacy of bio-therapeutic protein products prepared by r-DNA technology so as to ensure the product meets acceptable levels of safety, efficacy, and quality. The key updates have been enlisted by selectively extracting the applicable text (in italics) where there have been major changes (Section wise, from the CDSCO guidance document) with author’s comments as appropriate. 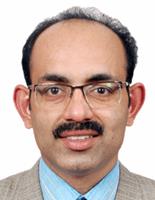 Section 6. Principles For Development Of SB

Abbreviated data requirements are only possible for preclinical and/or clinical components of the development program but not for the quality components by demonstration of comparability of the product (Similarity established to the Reference Biologic [RB]).

Comment: Abbreviated comparability will no longer be acceptable for quality components. Detailed quality comparability studies as defined in current guideline would be expected to be conducted by manufacturers of SB for review and approval.

If the RB is not marketed in India, the RB should have been licensed in any ICH country.

Comment – 2012 guideline mentioned the RB should have been “licensed and widely marketed for four years post approval in the country where the innovator product was approved with a well-established regulatory framework”. The current guideline has instead given an option of considering an ICH member country (i.e. EU, USA, Japan, Canada, and Switzerland) for RB.

Upstream process data should now be described in detail including media components used for cell growth. Upstream process should be well controlled and monitored. Further, details of upstream process kinetics data from consistency batches need to be submitted

Comment – In the 2012 guideline, this subsection was termed as “Fermentation process development”. The terminology has now been aligned to the way it is used globally.

In 2012 guideline, as there was no requirement to mention the media components used for cell growth, companies had an option to skip this, considering it as confidential information.

Comment – These four aspects have been included in the current guideline. Companies had the liberty to skip these as part of earlier submissions. These supplementary studies would require companies to invest in additional resources, leading to delay in product development.

Biological activity: Biological assays should be validated against an international or national reference standard, where available and appropriate.

Comment - The 2012 guideline mentioned “assays should be calibrated …” instead of the term “validated”. Correct terminology has been mentioned in the current guideline. Typical validation characteristics which should be considered (as mentioned in ICH guidelines and USP guidelines) include “accuracy; precision; specificity; detection limit; quantitation limit; linearity; and range”.

Acceptance limits should be set based on RB data and data from sufficient number of batches from preclinical or clinical batches, which must be in line with international norms.

Comment – In the 2012 guideline, the text in bold was missing, leaving scope for variability in limits among manufacturers.

The shelf-life and storage condition of drug substance (DS) and drug product (DP) should be assigned based on real-time stability studies.

Comment – The 2012 guideline mentioned that, in order “to set a shelf-life and storage condition of DS and DP, real-time stability test should be conducted”. With the current guideline, companies have to submit 24 months real-time stability data to have 24 months shelf life assigned for their SB. If, say, only 18 months real-time data is available for SB, then only 18 months shelf life will be assigned.

Comment – In the 2012 guideline, there was no mention of KQA, and there was no segregation of the attributes. Those quality attributes which have direct impact on the clinical safety or efficacy have been covered under CQAs which must be controlled within limits that need to be established based on the RB. The KQAs have been defined as those quality attributes, which are not known to impact clinical safety and efficacy but are considered relevant from a product and process consistency perspective. While the KQAs must necessarily be controlled within acceptable limits, it may be acceptable to have slight differences in comparison to the RB. Check boxes for quality comparability exercise of CQAs and KQAs are now well defined under Annexure II of the current guideline in terms of what data is expected to be submitted. This is bound to increase the overall timeline as well as cost of developing a SB. However, the resulting data would be more acceptable for claiming biosimilarity.

Comment – Parallel filings would help save a few months of regulatory review time as earlier applicants had to wait for the RCGM to review and approve of the toxicity study reports, before proceeding with DCGI filing to seek Clinical trial (CT) approval. In fact, the DCGI office has already started accepting parallel applications from 03 Aug 2016 (even prior to release of the current guideline), for which they had issued a separate notification.

If the pharmacologically relevant animal species is not available for doing repeat dose toxicity studies and has been appropriately justified, the toxicity studies need to be undertaken either in rodent or non-rodent species, as per requirements of Schedule Y with RCGM permission.

Comment – The 2012 guideline required in such situations studies be undertaken in two species: one rodent and other non-rodent. However, there could be molecules for specific indications (say Ranibizumab or Aflibercept for ophthalmic use, which requires injecting the drug into the eye), where a non-rodent (e.g. rabbit) would be the pharmacologically relevant animal species rather than a rodent (e.g. rat/mouse) to perform the study. With the current guideline, in such scenarios, one can do the study only in rabbits (the pharmacologically relevant animal species) and justify the same to RCGM while seeking approval. Essentially, more consideration has now been given on the species differences as part of selection criteria.

For CT application, apart from other requirements, Critical and Key Quality Attributes of the product from ‘physiochemical and biological characterization’ perspective are to be included. The quality data submitted should indicate that there are no differences in CQA and that all KQAs are well controlled in order to allow the initiation of clinical evaluation.

Comment - The 2012 guideline just mentioned “The quality data submitted should establish comparability of SB manufactured at clinical stage against RB”. As commented under subsection 6.4, CQAs and KQAs are now defined. Companies will have to now ensure that quality data meets the current requirements before applying for CT approval.

Phase 3 CTs intended for seeking marketing approval of SB shall be conducted, generally in not less than 100 evaluable patients in test arm to evaluate the safety, efficacy, and comparability in a sensitive patient population.

Comment – The 2012 guideline did not give an indication of the number of patients for a Phase 3 study. It just mentioned that sample size should have statistical rationale. The Indian GCP guideline and the draft guideline from CDSCO titled “Approval of CTs and New drugs” of July 2011 mentions, “If the drug is already approved/marketed in other countries, Phase 3 data should generally be obtained on at least 100 patients primarily to confirm the efficacy and safety of the drug in Indian patients when used as recommended in the product monograph for the claims made.” With SB being classified as “new drugs” under the D&C Act, companies had been exercising the option of designing Phase 3 protocols with the sample size over 100 evaluable patients in the test and reference arms put together. As per the current guideline, the number of evaluable patients on the test arm itself cannot be less than 100. This change is bound to prolong the CT duration of SB and overall approval timeline.

Comment – The text in bold under the bulleted points are additions in the current guideline. These changes have further restricted the chances for waiving the confirmatory clinical safety and efficacy study.

8.5. Extrapolation Of Efficacy And Safety Data To Other Indications

Comment – Both the previous and the current guideline have the provision for approval of SB for all the indications as that of the RB (provided all the 5 conditions mentioned in the guideline are met). However, the catch is now “quality” and “clinical“ similarity must be more detailed, as per the criteria set forth in the current guideline.

Comment – Text in bold under the bulleted points has been added in the current guideline. In the past, Phase 4 studies were not being seriously considered and followed up by the manufacturers of SB. As part of post marketing, periodic safety update reports (PSURs) were being submitted as per the defined periodicity in the Schedule Y of the D&C Act. With the current guideline, CDSCO intends to further reduce the residual risk of the SB. Companies will now have to make safety surveillance a priority and submit the Phase 4 study protocol, meeting the study design and sample size requirements as part of the new drug application (NDA) dossier in order to be considered for approval. Provision has been kept for a reduced number of patients in Phase 4 study, provided the total number of patients treated with SB in both Phase 3 and Phase 4 is at least 300.

To conclude, the revised guidelines are considerably on par with global requirement for biosimilars. They also provide the much needed clarity and essentiality of data requirements at different stages of SB development. SB developed as per these guidelines will have wider penetration in terms of product approvals and registrations in different markets. There would be challenges especially for companies who are mid-way through their development, as they may not have factored some of the newer aspects in their overall strategy. They will have to realign their approach and systems to meet the current requirements. However, as these guidelines are not yet legislated through an amendment of the D&C Act, it will be interesting to see how effectively they are implemented and what level of compliance is achieved by the industry.

Disclaimer: The opinions, and viewpoints expressed by the author in this article are his own and do not necessarily represent those of the regulators or of the companies engaged in biosimilar development.