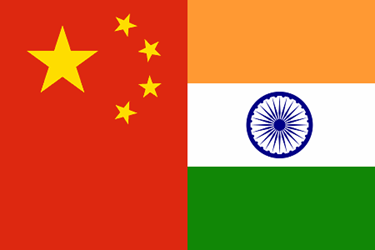 This two-part article looks at key similarities and differences emerging from China and India in their move toward becoming global hubs for biological drugs. The first part provided background on steps both countries are taking. This second part provides regional views for the future and assesses China’s and India’s objectives and successes toward becoming competitive in a GMP environment.

To refine our critical gap analysis, we asked respondents what specifically should be done to ensure their domestic industry develops the systems required for global-quality biomanufacturing. This question was intended to outline self-perception of what is needed to become competitive in a GMP environment.

In China, over three-quarters of respondents mentioned that having the ability to develop a more innovative, novel biological products pipeline, with better R&D competence, will help establish global competitiveness within 10 years.

Our studies also show signs of improvement in China’s pipeline development in recent years. In 2016 alone, the Chinese FDA publicized close to 200 new biological pharmaceuticals entering clinical trials in China, and BioPlan’s own study shows over 170 mAb therapeutics are under clinical development in China, with CD20, HER2, EGFR, VEGF, and TNF-alpha as the hottest targets.

In India, topping the list, over one-third of respondents feel having the ability to develop marketable innovative, novel biological products will create global competitiveness. These prerequisites to commercialize innovative biologics may be challenging to build from the ground up in India, given the relatively limited availability of biologics R&D expertise. However, options for acquisition of these innovations may exist. The top, core competencies noted as being required by the Indian biopharmaceutical manufacturers included:

In our studies we asked respondents to indicate their facility’s primary objectives for biologics production today and in 10 years. We found that in China, 70 percent of biopharma facilities today are primarily focused on production for domestic consumption. The Chinese biopharmaceutical industry benefits from relatively strong domestic demand, which is a strategic advantage compared with India. Thanks to relatively rapid urbanization, expansion of national health insurance coverage, and a rapidly aging society, China is experiencing a robust growth in its biopharmaceutical industry. In 2014, the biological market in China was ~USD $5 billion, and it is projected to be the second largest biological market globally by 2020 (IMS Health). 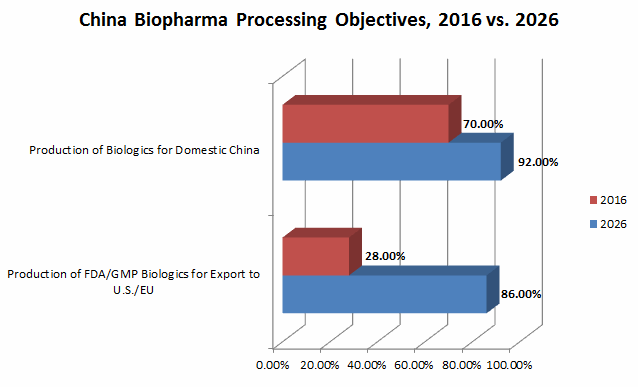 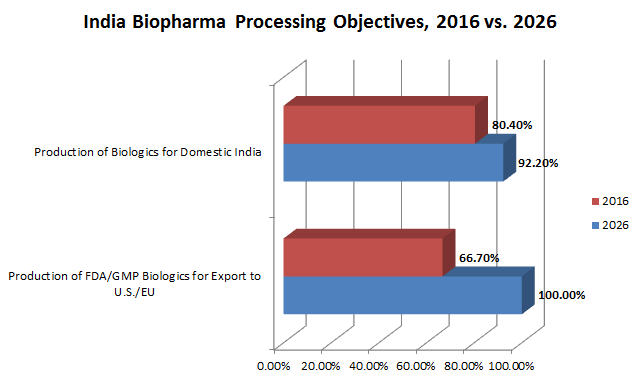 Both Chinese and Indian domestic demand for biopharmaceuticals have been growing, by various estimates, between 15 and 20 percent annually, due in part to rising incomes, a growing middle class, health insurance becoming more available, and products becoming increasingly available. Biopharma companies in these regions are ramping up operations to effectively serve their emerging domestic markets. But this will facilitate entry into Western biopharmaceutical markets as well. The speed with which these major regions meet global quality expectations, however, will be different. Strategic entry into global markets will likely also take different paths. For example, biosimilars are beginning to play a more significant role in India’s bio-industry development, as several large companies are now manufacturing a few GMP-grade biosimilars approved in Western markets. However, while India has expertise in generics and small molecule drugs, this has not yet translated to domestically owned production of biosimilars. This is likely to change over time, as the Indian biopharma industry and its biosimilar market matures.

Based on our research, we believe these issues are well-known by Indian biomanufacturers. They recognize that to expand globally, local producers must address a number of critical quality issues.

China continues to take steps toward aligning with global GMP requirements. However, China is not currently, and likely in the future will not be, among the lowest-cost destination countries for biopharmaceutical manufacture. Based on our studies, the lowest attainable costs for manufacture of a typical mAb biosimilar among developing countries’ facilities are higher than Big Pharma reference and innovative product facilities and new facilities coming online (e.g., Samsung and Celltrion in nearby South Korea).However, their costs are still competitive.

China has often been cited as having more expertise and being more GMP-capable than other Asian countries, including India. With its investment in bioprocessing, Chinese biopharmaceutical manufacturing may ultimately, within 10 to 20 years, compete effectively in major markets including the U.S., Europe, and other areas in Asia, such as Singapore and Korea.

In addition, the Chinese biopharmaceutical industry appears to be investing in long-term global opportunities in biologics, especially in bioproduction. From this study, domestic Chinese manufacturers have rational expectations about what is needed in terms of investments in R&D, quality and regulatory systems, infrastructure, IP reform, healthcare, and workforce development.

A project director at BioPlan Associates, a biotechnology and life sciences marketing research and publishing firm in Rockville, MD, Vicky Qing XIA has her M.S. in biology from University of Texas-Houston and MBA from University of Pittsburgh. She has experience in consulting, business development, and alliance management in China’s biopharmaceutical industry. Her expertise includes research and analysis on multiple global market segments, and she has managed a team of industry experts and projects.

A project manager at BioPlan Associates, Leo Cai Yang has business development experience in the biotech and pharma segments and 10 years in market research. He graduated from East China Normal University with a bachelor’s degree in biotechnology in 2006 and has worked with equipment manufacturers in pharmaceutical and medical device industries in Switzerland, Austria, and Germany. He has also project managed studies involving new biopharmaceutical technology applications in China including analysis and strategy development.