Is The Pharma Industry Really An Enemy? 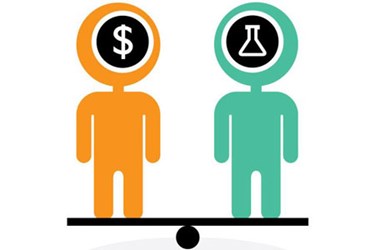 I consider myself to be a fan of the pharmaceutical industry. Yes, fan. The same way I am a fan of Penn State football, the Chicago Cubs, and my smart phone, iPod, and iPad. This is not simply because I write for a media group that covers the pharma industry. I feel like I was a fan even before taking on my current job. It may have started a few years ago when an ailment of old age (I’m 52) began to inconvenience me and disrupt my sleep. One little white pill taken once per day has now relieved me of that issue. So, while there are many industries that bring happiness and efficiencies into my life, only one of those industries has the potential to save the lives of patients with life threatening illnesses, and ease the suffering of others. That is the pharmaceutical industry.

So it absolutely shocks me to hear someone say they are an enemy of that industry, which is what a couple of the candidates for president seem to be saying. In a recent debate, candidates were asked who their biggest enemies have been over the course of their careers. Two candidates went so far as to list those groups considered to be “enemies,” which included drug companies.

I’m not going to argue for or against any candidate or party, as politics is probably my least favorite topic of discussion and the one conversation that is sure to end marriages, friendships, and Facebook connections – and possibly alienate readers of Clinical Leader. But it does seem odd to me that any politician – democrat, republican, or independent – would consider an industry devoted to saving lives an “enemy.”

The first thing I wondered after hearing the comment was what exactly it meant. I do not consider myself to have any enemies, but when I think of that word, I envision someone whom I dislike, someone who probably dislikes me, and someone with whom I likely have had a bad experience. I would very likely not be in contact with that person, and I would certainly not support them, nor expect any support from them.

When politicians use the word enemy, I feel like they must have a slightly different definition. Although I don’t closely follow politics, a quick search on Google showed in 2008, one of the candidates noted above was one of the three biggest recipients of campaign cash from pharmaceutical-related companies (according to data from the Center for Responsive Politics). In total, that candidate raised $738,000 from employees of businesses classified as involved in pharmaceuticals and health products. And, as many of you will recall, this same candidate made speeches last year at both DCAT (reportedly receiving $250,000) and the BIO International Convention. Is it reasonable to believe this candidate, twice in the same year, chose to deliver a keynote speech in front of a group of enemies?

On the other hand, it might be more reasonable to believe that when a person is seeking elected office, they will pander to whatever groups they must to solicit votes and will say what needs to be said to get their attention. If your opponent is gaining large numbers of your voter block by bashing Big Pharma, it is up to you to do the same or be left behind.

But all that aside, is it really the pharma industry they despise? According to the American Cancer Society, the death rates from breast cancer in women are declining across all races and ethnicities. While early screenings are likely a contributing factor, so too are treatments available via the pharmaceutical industry.

We can all bemoan the price of Sovaldi, but no one can argue that this pharma treatment for the liver virus hepatitis C is a landmark discovery that can now cure patients of the deadly infection, and do so with few side effects. Would you then consider these companies to be enemies or life savers?

What They Really Mean

So let’s cut all of the candidates a break and clarify what they really mean when they say the drug companies are their enemy. They are saying patients and payers are unhappy about high prescription drug prices and are looking for someone to blame. The candidates are simply trying to secure votes by pointing a finger at the same group everyone else believes is to blame: Big Pharma.

Personally, I think it would make a lot more sense for them to point a finger at that nasty market mechanism, supply and demand, and note what is actually causing high drug prices. But trying to define what causes high prices does not fit in a convenient sound bite. “We have to reign in the profiteering pharma companies!” has a much nicer ring to it.

Unfortunately, that still does not make the enemy comments any more palatable to me. To help the candidates out, I think we should all take it upon ourselves to help them come up with better lines to appease the American population that is disgusted by drug prices. Instead of pointing fingers at the companies and employees working hard to find cures, let’s point them at the real cause, which might go a lot farther to helping find solutions as well. Here are a few I came up with:

I am an enemy of the clinical trial process, which is expensive and time consuming.

I am an enemy of scarcity, which makes it difficult for everyone to get everything they want at an affordable price.

I am an enemy of the incredibly expensive equipment pharma companies must purchase to produce quality medicines.

I am an enemy of the huge demand for pharmaceuticals, which can drive up prices.

I am an enemy of the government, which restricts the production and supply of drugs, thereby resulting in higher prices.

Or perhaps, I am the enemy of a system where a majority of patients are not aware that clinical trials exist, which delays enrollments and extends the time required to complete trials.

Feel free to come up with your own and post them in the comments section below. I look forward to seeing them.

We can all be an enemy of high prices, but let’s not be an enemy of pharma company innovation which helps to keep all of us alive and free of physical discomfort.