Momenta Pharmaceuticals: How To Unlock The "Black Box" Of Biosimilars 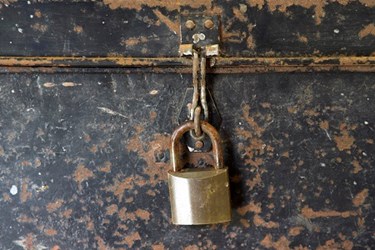 When it comes to the biosimilar market in 2016, Craig Wheeler, president and CEO of Momenta Pharmaceuticals and chairman of the Generic Pharmaceutical Association, says to brace for “an evolution, rather than a revolution.” For the U.S. market in particular, 2015 was — or at least felt like — a big year for biosimilars; the first biosimilar, Sandoz’s Zarxio, was finally approved and released on the U.S. market. Similarly, based on the buzz around the FDA’s ongoing decision-making process surrounding interchangeability, labeling, and naming, it seems as though 2016 could be even more the “Year of Biosimilars” than 2015 was. However, while Wheeler acknowledges there will be more products landing on the market and more defined guidelines from the FDA in 2016, he says “I don’t see any big revolutions out there next year, but I do see further evolution and refinement of the pathway.” 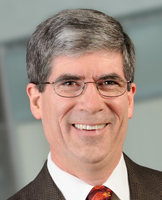 As the pharmaceutical industry approaches 2016 and what promises to be a more evolved U.S. biosimilar market, there has been a lot of debate about how successful the market will be. There are still, and will likely continue to be, battles raging between the branded and generics sides of the industry about the similarity and benefits of biosimilars. There will also, no doubt, be conflicts that arise following the recent ruling making the “patent dance” an optional exchange between the originator and biosimilar manufacturers. However, despite all the lobbying against biosimilars, Wheeler maintains he still sees the market succeeding. As he says, “The reality of the situation is, once biosimilars get into the marketplace, they’re going to be used because the payer strength and the pressures on cost are so high in the U.S.” Ultimately, biosimilar uptake and success will ride on many factors, including the FDA’s rulings on interchangeability and the Centers for Medicare and Medicaid Services’ (CMS’) recent decision on coding for biosimilar reimbursement. Apart from the larger market concerns, it will also come down to the efforts of each company.

The Fight For Fingerprint-Like Similarity, Quality

Momenta, which was one of 30 companies borne from a lab at MIT, was built to challenge the notion that complex drugs (including biologics) were a “black box” filled with inexplicable structures and incomprehensible variabilities. “We could develop the tools to understand everything that is in these biologics. There’s no mystery at all if you have the right lens to look at it,” says Wheeler.

This is why the company has been concerned with making the appropriate technology investments that will enable it to design biosimilars that boast “fingerprint-like” similarity, and, in turn, make the development process more efficient. In order to ensure that the FDA’s pathway will be accepting of the company’s technology, Wheeler says the company is aggressively preparing for the upcoming Biosimilar User Fee Act (BsUFA) negotiations. These negotiations will be key to determining whether the company will be able to “use the technology and science that we have to abbreviate the necessary trials and efficiently obtain extrapolation and interchangeability,” Wheeler says.

The goal of the 351 (k) pathway is to promote accelerated and more cost-effective development and commercialization of biosimilars. But the clinical requirements the FDA is currently seeking, as well as the FDA’s process for providing feedback, are serving as current stumbling blocks for a timely development process. For one, today a company cannot receive feedback on trial reduction until the initial pharmacokinetics trial has been completed. The time it takes to complete the trial and submit the data, followed by the six to nine-month FDA review period can impact a company’s future position in the market. According to Wheeler, “If the FDA decided they wanted additional trials, the company would lose more than a year to competitors who moved directly to trials. For this reason, all companies are starting additional trials rather than using the FDA process to avoid them. A better process would be to give companies clear feedback based on their analytic package before any trials start so companies could make better risk-based decisions.”

But this emphasis on efficiency in no way undermines the need for quality in biosimilar manufacturing. There are no shortcuts when it comes to quality. Wheeler expects that as long as the U.S. remains a stickler for quality, more countries will emphasize it as well. After all, to be deemed a biosimilar, a product must be engineered and reproduced reliably. One of the biggest oversights a company can make in the biosimilar space is believing “they can go off and just buy some of the cell lines and go on the market and make a quick biosimilar,” says Wheeler. “I think they’re finding it’s not that easy. There is a fight for quality, if you will, on the cell line side of it, at least for an investment to be successful here.”

On the scientific front, Wheeler says the biggest challenge is determining how to choose and manipulate the cell lines. In the small molecule realm, the manufacturer is faced with controlling four or five variables, including time, temperature, pressure, concentration of reactions, and potentially catalysts. However, when working with cells, there can be anywhere from 100 to 300 variables impacting the formation of the necessary protein. To be able to gain more control over these variables, Wheeler describes how, “We started mapping out the entire genetic machinery that mammalian cells use to assemble proteins in order to understand how to select the cells that have the right machinery to bring the attributes we want in the product. This process also enables us to have much more control over manufacturing, which is necessary to make products that are much, much closer to the brand than you would typically get using a more traditional biologic development process.”

Therefore, it’s important for a company to be willing to make the costly investments — ranging from $150 million to $250 million — to sufficiently work with these cell lines. The greatest investments will be in these generic cells and establishing a controlled manufacturing process. However, these high costs might not always remain as high, especially as more players begin to enter into the market and more decisions are made from a regulatory standpoint. In fact, Wheeler expects these costs can be lessened, as there are still many aspects of the current approval pathway that could be made more efficient. For instance, the FDA currently requires a large number of commercial scale batches to determine that the biosimilar is indeed similar to the reference product and that the manufacturer is capable of reproducing the product. But these runs are carried out well in advance of the product’s approval and even further in advance of the launch. Therefore, these batches expire, meaning a loss of millions of dollars for the company, as well as unusable doses of the biosimilar. “A better way may be to approve products with fewer batches, but to require companies to demonstrate sameness with additional batches prior to launch, saving up to $50 million per program,” Wheeler suggests.

Another way companies should be approaching more cost-effective development is by paying close attention to manufacturing requirements and capacity. As the market is still small, companies cannot know how much competition they will be facing nor how much market share their product(s) will have. For example, Wheeler points out that a manufacturer won’t know whether it will have two percent, 20 percent, or 40 percent of the market, as this is dependent upon when the product launches and the amount of competition. “This makes it very tricky to invest in the right kind of capacity to maximize the opportunity,” Wheeler states.

Figuring out how to overcome these challenges is a point of pride for Momenta. In fact, Wheeler argues that the investments and process design for a biosimilar are much more difficult than creating a new drug. He says, “We put significant investments into understanding the genetics of the cells and then trying to design a process to actually control manufacturing more carefully than we would in developing a novel drug, because it’s harder to make a duplicate than it is to make an original.” While establishing the same gene structure/protein backbone is the ultimate goal, there are still a number of different and complicated factors a biosimilar developer needs to maintain control over. These factors include glycosylation, crosslinking, polymorphism, and contaminants (in particular, host cell proteins and truncated molecules), among others. To do all this, Wheeler says, “Requires a combination of advanced analytics and a highly developed process control.”

While a biosimilar is an imitation of a reference product, it’s still important to acknowledge that the process of creating one requires just as much innovative science as an original molecule — and it’s clear that this is exactly how Momenta views the process. As Wheeler says, “We have prided ourselves on being innovative on the science that we’re bringing to the FDA on every product we’ve done so far, and we expect to continue that in biosimilars.”