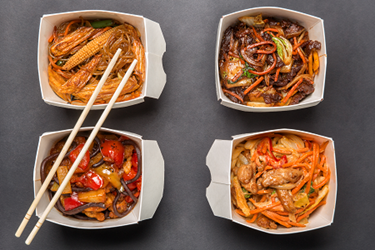 Last week, I had the pleasure of chairing the first day of the BioTech Pharma Summit: Biologics and Biosimilars conference in the gorgeous Porto, Portugal. (Don’t ask me how much I spent on port wine in the days before the conference.) The conference was — shockingly — the first European biosimilar conference I have attended in my tenure as a biosimilars editor. (Even though Europe is leaps and bounds — and then more bounds — ahead of the U.S. with biosimilars.)

I really enjoyed my time at this conference, especially because of its small size, which led to a lot of casual, open conversation over the two days. The biosimilar industry is home to some of the most opinionated and passionate people I’ve met thus far in my young life, and the lineup at this event did not disappoint. There were many powerhouse presentations and the engaged audience made my role as chair quite simple.

Overall, I had four main takeaways from the conference which provided a deep dive into the global regulatory market, as well as the progress we’ve made in terms of global development. They are as follows (in no particular order):

1. No Surprise Here — The U.S. Situation Is Baffling To Those Abroad

I don’t wish to belabor this point, as those of us in the U.S. are very clear about where our market stands and the oh-so-many reasons as to why this is the case. However, as this was my first EU conference, and seeing as I was one of four Americans in attendance, it was amusing to note just how often we became living, breathing representations of the shrugging-person emoji.

The U.S. obviously needs to rework its system to incentivize biosimilar use, and I’ve written a lot lately about the many policies the government is releasing in the hopes of lowering healthcare costs.

But two points struck me, in particular. First, when several regulators were asked about what change would lead to the most dramatic shift in their countries (EU, U.S., Brazil, and Portugal) , one attendee from the U.S. smartly pointed out it’s less about wrapping our heads around savings in the U.S. Rather, it’s (partially) about certain stakeholders accepting — or being required to accept — they will not be able to receive the amount of money they may be receiving today. And in a market with a whopping supply chain and upwards of 2,000-some payers, we have our work cut out for us.

Secondly, given the emphasis on regulatory matters at this conference, I also gravitated to one expert’s emphasis on the fact that the FDA’s guidance is just that — guidance, as opposed to a binding legal requirement. Now, we’ve seen at least one instance thus far in which a company — Sandoz — chose to stop pursuing U.S. approval for rituximab because the FDA continued to push for additional data (even though that same biosimilar was approved in the EU). That raises a number of questions in my mind about the FDA’s emphasis on increasing regulatory scientific alignment, as well as, perhaps, the role of the guidance. But I think it’s important to reiterate that guidance is guidance, especially as we push for more sustainable development protocols.

Refreshingly, at this conference a lot of attention was paid to the emerging markets at the conference. In fact, one of my favorite presentations was by Rodeina Challand of Challand Consulting who made a great case for biosimilar development in the Middle East and North Africa and Gulf Cooperation Council (GCC) region. As I’ll discuss in a future article, there are many barriers in these countries, including the lack of established regulatory pathways, distribution of problematic copy biologics, stakeholder distrust, and little to no infrastructure for pharmacovigilance. That said, there are a few possible market leaders, including Turkey and Jordan.

Despite the barriers in many of these countries, Challand pointed out many of the regulators’ interest in and willingness to learn more about biosimilars. Similarly, while physicians in these countries may have at least heard of (and/or been warned about) biosimilar concepts like switching and interchangeability, there is a great need for more interaction with experts from other countries, as well as attention paid to constructing treatment guidelines.

Take for instance, the rheumatoid arthritis treatment space, in which only 2 percent of cases are treated by anti-TNF biologics in the MENA (compared to 40 percent in the EU). There is no knowledge of advancements in the overall treatment space. There is no guidance for physicians, nor are there outlets or requirements for physicians to take continuing educational courses.

While larger organizations like the WHO could be critical resources here, Challand acknowledged that the presence of such a large organization could be intimidating and physicians may be hesitant to ask for clarifications or pose questions during educational sessions. As such, she said it may be best to start by “moving backwards.” This means when approaching the MENA region — and I’d argue this extends to other less-developed bioloigcs markets, as well — it will be critical to establish how to properly diagnose conditions, as well as spell out the treatment pathway. It will be important for physicians to understand the biologics treatment pathway before even being introduced to the concept of biosimilars.

3. Pharmacovigilance: It’s Not Just For Biosimilars

It goes without saying that surveilling the safety and efficacy of all biologics — not just biosimilars — is of the utmost importance. Of course, as was pointed out quite passionately throughout the conference, the buck typically falls on biosimilar makers to ensure their similarity and safety. The same pressures are never placed on brand-new molecules which offer remarkably less information about their performance at the time of approval and market launch.

This conversation reached a tipping point during several presentations, including a great presentation on immunogenicity by João Gonçalves of iMed — The Research Institute for Medicines. As has been demonstrated time and time again, biosimilars have not led to any increases in immunogenicity. During his presentation, Gonçalves argued in favor of biosimilar makers performing clinical trials powered to detect immunogenicity, along with stability studies to determine high similarity between biosimilars and biologics. While many in the audience agreed with Gonçalves’ points on a scientific level, they also expressed concerns that physicians’ desire to see more evidence in these areas — especially as it relates to biosimilars and immunogenicity — could provide innovators with another way to stimulate concerns about biosimilars in the clinician community. (Of course, Gonçalves adamantly acknowledged that the efforts needed to better illuminate a molecule’s immunogenic potential should not be limited to biosimilar makers.)

Now, when it comes to post-marketing surveillance, Denmark, in particular, has proven itself to be a master. As I discussed in an article a few months ago, in that country, both the biosimilar and its reference product must undergo two years of post-marketing surveillance following the approval of a biosimilar. During his presentation at the BioTech Pharma Summit, Nikolai Brun of the Danish Medicines Agency (DMA) outlined the agency’s pharmacovigilance successes and put forth a call to action for more countries to improve or implement batch number recording for enhanced traceability. And, if all goes well, this conference may have been the fodder for a future publication from the DMA on how it put its pharmacovigilance program in place. As one attendee argued during the conference, there is much more room to hear from regulators in peer-reviewed literature. Though the DMA’s practices may not be reproducible from agency to agency, elaborating upon its journey — especially with its solid pharmacovigilance practices — could help establish best practices for other organizations moving forward.

Prior to this trip, I read the IQVIA Institute report, Advancing Biosimilar Sustainability In Europe: A Multi-Stakeholder Assessment. In analyzing the market access levers and pricing and prescribing practices in several European countries, the report’s authors determined that, in many cases, one-winner-takes-all systems can be detrimental from a long-term sustainability standpoint. Indeed, smaller countries — including Norway and Denmark which both bolster single-winner tenders (and, in turn, some of the most shocking discounts to-date) — have raised sustainability concerns. When asked whether there was talk about altering this single-winner tender, Brun said that Denmark’s small market, on a practical level, could make a multi-winner tender less alluring commercially to manufacturers.

But I’ve heard through the grapevine that there could be changes afoot — at least in Denmark. If we look at the most recent breakdown of the wildfire Humira launches across Europe, you’ll notice that the hyperlinked report lists three contracted Humira biosimilars — Imraldi, Amgevita, and Hymrioz — as opposed to just one like its other Scandinavian fellows Norway, Finland, and Sweden. However, I’ve also heard reports that the country recently drifted from its single-winner tender model and is now allowing two Humira products to compete on the market. Moving forward, we could continue to see competition in this market evolve in a more sustainable fashion. (#Intrigue!)

I’m looking forward to continuing the discussion about sustainability in the weeks ahead, as I am currently in Amsterdam for the 17th annual Biosimilar Medicines Group Biosimilars Conference. Sustainability is poised to be a central topic of discussion at this conference, so stay tuned for my follow-up in the upcoming weeks!