What Can Biosimilar Developers Learn From The 1990s Biopharma Industry? 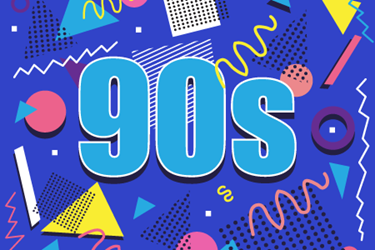 Biosimilars have finally arrived in the U.S. market. The FDA approved five biosimilars in 2017, doubling the number from what was approved until 2016. The companies that have secured FDA approval are a mix of innovators and global generic leaders, including Amgen (Mvasi – Avastin biosimilar), Mylan (Ogivri – Herceptin biosimilar), and Pfizer (Ixifi – Remicade biosimilar).  Are biosimilars becoming the next-generation replacement for blockbusters for both global innovator and generic companies? Are the lines blurring between these two? These are important questions to understand in the new world of pharma growth and innovation.

The evolution of biosimilars is very intriguing, and this article will highlight some of the early industry decisions and thought processes and the subsequent actions and opportunities biosimilars create for the pharma industry. After many years of debate, the FDA’s regulatory framework finally gave clarity to biosimilar manufacturers, long after the EMA and other developed market regulatory bodies had approved many products. The recent acceleration of approvals in the U.S. is in stark contrast to the practice in the past decade. Despite several more hurdles that persist, the landscape is becoming increasingly clear, and the FDA’s recent steps to simplify the process are encouraging. The withdrawal of the draft FDA guidance on statistical approaches to evaluate analytical similarity highlights evidence of this changing outlook.

Although biosimilars have various definitions, depending on who you ask, essentially, we are talking about not only biosimilar monoclonal antibodies (mAbs) or growth factors but also biologicals that are manufactured using sterile unit operations and involve protein processing both in terms of upstream fermentation and downstream purification and final processing into finished product. These capabilities or parts of it are mostly required for vaccines, insulins, mAbs, and recombinant or plasma-derived products such as albumin, IVIG, and factor 8, and E. coli-derived proteins.

The Birth And Growth Of The Global Biologics Market

In the decade between 1990 and 2000, several biotech companies such as Amgen, Genentech, and Biogen-Idec became large and independent. They discovered new biological entities (NBEs) leveraging the emerging field of biotechnology, developed and commercialized them, and benefited not only with multibillion-dollar market caps but also their independence from Big Pharma takeovers. The companies were founded by scientists-entrepreneurs who injected a deep culture of research, innovation, entrepreneurship, and risk-taking. The companies developed one or two drugs that were commercialized and provided a huge and stable cash flow to fund dozens of candidates into the clinic.

In the years from 2000 to 2010, several of these biotechs, including Amgen, faced the prospect of peaking revenues from their first-gen biotech products and needed larger products to continue their stellar growth trajectories. By now, they were facing the mean odds of clinical success and were experiencing their fair share of clinical failures typical in the pharma industry. They had two strategic R&D choices and two commercial choices.

The two strategic R&D choices were:

The two commercial strategic choices were: 1. Remain focused on the U.S. and Europe markets, with no or very little exposure in emerging markets; or 2. Expand beyond developed markets and invest in and penetrate the fast-growing emerging markets.

In the past decade, while the U.S. struggled to gain biosimilar traction, biologics manufacturers and regulators in many parts of the world, including Japan and the EU, achieved tremendous progress. For example, the greater than 50 percent penetration of biosimilars in the U.K., with strong support from NICE and MHRA, has been stellar. Similarly, the gap in the interest in biosimilars in the U.S.  created a vacuum in emerging markets for regional companies, and they grabbed it. The local governments supported these companies via R&D incentives, tax breaks, and creation of accelerators with the hope of expanding the pharma industry and creating more jobs and exports. The competencies they developed allowed them to create enormous value for patients and shareholders. More importantly, with the building blocks to develop biologics in place, several of them could move further up the value chain in terms of developing their own proprietary products. Another example is in India, where biosimilars across oncology, fertility, and rheumatoid arthritis therapeutic areas have garnered greater than 60 percent market share. Similar examples can be seen in China, where the market share of insulin and insulin analogs grabbed by domestic insulin manufacturers is approaching 35 percent and growing.

A self-sustaining ecosystem fueled by talent, innovation, and biotechnology has formed roots in a few select emerging markets. A classic case of this can be seen in how Hong Kong has fast developed into a biotech and pharma hub to nurture proprietary companies. Dozens of Chinese biotechs are being propelled into top slots to compete in the global marketplace. Over the next decade, Hong Kong is expected to seriously compete with Boston and San Francisco biotech hubs in terms of global biotech dominance and providing pre-revenue equity capital to biotech start-ups. The barriers for U.S.-based biotechs to enter China have increased dramatically in the last decade.

There are a lot of common building blocks for biologics, including similar unit operations for upstream and downstream and sterile operations. Chinese companies refined their skills and expertise in the domestic markets before growing exports. The products and services they developed were well received, and tens of thousands of patients benefited from biosimilars. For example, Gan & Lee developed the first biosimilar insulin analog in China. Wuxi Biologics developed preclinical and clinical biological candidates efficiently and with high regard for quality. Several local companies developed technical expertise in process development, analytical sciences, scale-up, and manufacturing of biosimilars. They developed biologicals and kept refining their processes, technologies, and yields. Examples of such companies are CDMOs such as Wuxi Biotech, Celltrion, and Syngene and biologics product manufacturers such as Gan & Lee, Samsung Bioepsis, Tonghua Dongbao, Intas Biopharma, and Innovent Biologics. These companies attracted talent into countries such as South Korea, India, and China and created an ecosystem to forge ahead. They invited leading biotech influencers to join their boards, and they worked on various types of biologicals ranging from vaccines, plasma derived products, MAbs, and insulins.

The Future Of Biosimilars In The U.S.

Bulging healthcare expenditures are challenging the budgets of even the most wealthy countries, and the availability of biosimilars with more affordable price points will be welcome. During the current decade, the innovative companies that have crossed the biosimilar chasm have taken a huge leap forward.  The changing regulatory climate in the U.S., coupled with management changes, has facilitated new thinking. Biosimilars have become a good option to invest in for even global multinational companies. Amgen and Pfizer jumped onto the biosimilar bandwagon and have several approvals lined up. Such steps have given credibility to biosimilars and the much-needed push to drive a regulatory and commercial pathway in the U.S. These companies are leveraging their in-house R&D installed base, lower marginal costs of manufacturing, and the rich trust of the medical and pharmacy community and hope to steer their companies to greater heights. Now it is up to the medical community, payors, and the government to work together to ensure the approved biosimilars are adopted and prescribed and able to favorably impact healthcare costs.

Subir K. Basak is a management consultant and executive advisor to the biotech, pharmaceutical, and medical device industry, with an avid interest in innovation, global strategy and operations, entrepreneurship, and finance. He helped launch the first biosimilar product in the EU and several products into various emerging markets including Latin America, Southeast Asia, Europe, and the Middle East. Basak holds an MBA from the Kellogg School of Management, an M.S. and Ph.D. from Purdue University, and a B.E. from the Indian Institute of Technology (IIT) Roorkee. He was a Merck Fellow and received advanced management education from the Wharton School at the University of Pennsylvania. You can reach him at subir.basak@gmail.com or connect with him on LinkedIn.