Beyond Pricing: Can Biosimilars Compete On Value? 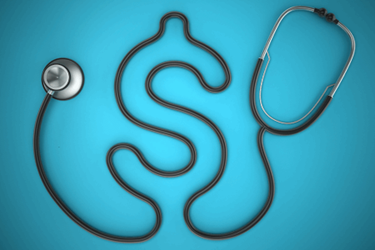 In recent years, the growth in U.S. drug spending has become a hot-button issue. Data released in 2017 by the pharmacy benefit manager (PBM) Express Scripts illustrates which drugs account for the increased spending. In 2016, spend on so-called specialty drugs, a class that contains many biologics, grew by over 13 percent, while spend on traditional drugs actually declined by 1 percent. Five of the top 10 earning drug therapies in the U.S. in 2016 were biologics.

Biologics are derived from living organisms and are highly complex molecules not easily copied. Whereas more traditional small molecules can be synthesized by chemical means, allowing copycat versions to pass regulatory scrutiny with only bioequivalence testing, until recently there has been no such abbreviated regulatory pathway in the U.S. for “generic” versions of biologics. This changed with the passage of the Affordable Care Act in 2010, which called for an abbreviated licensure pathway for biologics shown to be highly similar or interchangeable with an existing product (“biosimilars”).

The FDA began accepting applications through this pathway (now called the 351(k) pathway) in 2014, eight years after the EMA had approved its first biosimilar. On the surface, the 351(k) pathway offers the promise of great savings: Each of the five biologics among the top 10 U.S. drugs therapies in 2016, accounting for almost $30 billion in combined U.S. revenues, have biosimilars that have either been approved or are under review by the FDA. Yet biosimilars have made minimal inroads in the U.S. Five of the eight products approved through the 351(k) pathway prior to Dec. 1, 2017 have yet to launch in the U.S., with many still mired in patent-related litigation. Those that have launched commercially have seen little uptake in the U.S. market.

As a result, it can be difficult for biosimilars to achieve widespread penetration in the U.S. market. Once approved, biosimilars have tried to compete solely on price, but strategies employed by branded therapy manufacturers often make that difficult or impossible. Moving forward, both biosimilar manufacturers looking to compete and innovator companies defending their molecules will need to find new ways to differentiate their offerings by delivering additional value to patients, providers, and payers.

For example, the launch of Pfizer’s Inflectra, a biosimilar version of Johnson and Johnson’s Remicade (infliximab), illustrates how undercutting price does not guarantee adoption of a biosimilar. Inflectra was approved by the FDA in April 2016 on the basis of efficacy and safety studies in rheumatoid arthritis and pharmacokinetic studies in ankylosing spondylitis, which the FDA then extrapolated to each of Remicade’s six adult indications and pediatric Crohn’s disease. After launching in October of that year, Pfizer competed vigorously on price, even offering guarantees to payers that the per-unit cost of Inflectra would be lower than that of Remicade. By contrast, the average sales price (ASP) of Remicade actually increased during Inflectra’s first year on the market. Yet, by the end of 2017, Remicade still commanded over 95 percent share of the infliximab market.

The challenge for Pfizer, and for any payer looking to take advantage of the lower per-unit price offering, is that infliximab is administered chronically. As many as 70 percent of patients in the infliximab market are already well maintained on Remicade. Though some surveys indicate physicians would be willing to prescribe biosimilars to new patients, they generally suggest that physicians are hesitant to switch existing patients who are stable on a branded biologic over to a biosimilar.

This dynamic makes it challenging for a biosimilar entrant like Inflectra to compete for the 30 percent of patients who are new starts on infliximab. In preparation for the entry of infliximab biosimilars, Johnson & Johnson implemented an aggressive contracting strategy that tied payer rebates for Remicade to guaranteed preferred formulary placement, i.e., it was either the exclusive infliximab on the formulary or patients were required to first fail branded Remicade before trying other infliximab products. These “fail first” requirements in the case of biosimilars are tantamount to exclusive formulary status: Physicians are unlikely to ask a patient who failed one molecule to try another that, by definition, claims no clinically meaningful differences.

Since physicians are generally unwilling to switch patients who are stable on Remicade to a biosimilar, the higher-priced originator paradoxically becomes more affordable for the plan than Inflectra. Were a payer to capitalize on Pfizer’s guarantee of a lower per-unit cost for the new start patients that physicians would prescribe a biosimilar, it would give up the rebates it receives for the stable patients who are likely to be maintained on Remicade. Given that stable patients represent 70 percent of the infliximab market, foregoing the rebates associated with the branded agent across the entire population to take advantage of a lower-cost biosimilar for just the new starts would generally be a money-losing proposition for a payer.

As a result of this dynamic, Remicade has become the preferred or exclusive infliximab on formularies representing 70 percent of commercially insured lives. With 60 percent of infliximab patients covered by commercial insurance, this means Inflectra will not even be reimbursed for a large percentage of patients. As a provider-administered infusion, physicians and practices purchase and assume financial risk for whichever infliximab they prescribe. Given this financial risk, due to the near certainty of being reimbursed for Remicade, physicians continue to turn to it for almost all patients, despite efforts by CMS to incentivize biosimilar use in patients with government insurance.

It is worth noting that Pfizer filed an antitrust lawsuit against Johnson & Johnson in September 2017 over these contracting practices. It will be interesting to see how this litigation plays out. In the past, market leaders have often utilized their existing share as a lever in contracting discussions with payers and, should Johnson & Johnson prevail, many other innovator companies looking to defend share against biosimilar entrants may employ similar tactics.

For biosimilar manufacturers, the key to defeating this sort of strategy is to find other nonprice levers to differentiate their products and drive physician and patient demand. Ironically, the example of Amgen, an innovator, and its defense against biosimilar incursion suggests how such tactics might work.

With biosimilar competition looming for Amgen’s Neupogen and its sibling molecule Neulasta in 2015, Amgen launched the Neulasta Onpro Delivery Kit. Historically, patients had to return to their provider the day following administration of chemotherapy to receive an injection of Neupogen or Neulasta. The Onpro system co-packages a prefilled syringe of Neulasta with an on-body injector that delivers the dose approximately a day after a provider injects Neulasta into the pump. This allows the provider to initiate and oversee Neulasta administration on the same day the patient receives chemotherapy. Compared to biosimilar versions of Neupogen (biosimilar versions of Neulasta have yet to gain regulatory approval), which are provided in just a prefilled syringe, the Onpro system offers clear advantages to both the patient and the provider. The patient is spared from having to return to their provider for another injection. Meanwhile, the provider can still administer, and be reimbursed for administering, both the chemotherapy and Neulasta, but now in a single visit rather than two.

By the end of Q3 2017, over half of U.S. Neulasta patients utilized the Onpro system. Despite biosimilar competition with an ASP more than 30 percent lower than Neupogen’s, overall U.S. sales of the Neupogen/Neulasta franchise have only declined slightly. The downward trend more likely reflects the ongoing decline in prevalence of the franchise’s indications than loss of share to lower-priced biosimilars.

For biosimilar manufacturers, the lesson is becoming clear. Competing on lower price alone is not enough. Incumbent innovators have many inherent advantages, including patient and provider experience, extensive safety history, and strong contracting positions with payers and other players in distribution channels. To be successful, biosimilar manufacturers will need to consider, and flawlessly execute upon, other levers that will provide value to patients, providers, and other stakeholders.

There will be no one single solution. Amgen’s introduction of the Onpro delivery system solved a challenge unique to that therapy. Winning share in other markets may require broader trials or real-world evidence or programs that provide the best patient and provider experience. Regardless, competing in any biosimilar market will require careful consideration of the needs of each stakeholder and demonstrating the value that manufacturers can bring to them. The need for clinical and device differentiation may truly result in the realization of the often mentioned “bio-better” market to allow innovator and biosimilars to compete as the brands they are.

Wyatt Gotbetter, partner at Health Advances, has worked in healthcare services and life science new product development for more than 20 years. Prior to joining Health Advances’ biopharma practice, he was a manager at Boston Consulting Group (BCG), where he advised global life science firms on strategy and their organizational design. He previously led the new product commercialization function at biotech Biogen, focusing on immunology and neurology novel assets, biosimilar strategies and corporate and business development initiatives, and several successful alliances and partnerships.

Wyatt received his BS degree from Cornell University, with a focus on policy analysis and health economics. Wyatt also completed his MPA and health management training at the Cornell Institute for Public Affairs and the Sloan Program in Health Services Management, respectively, where he has been an invited speaker at symposia. You can reach him at wgotbetter@healthadvances.com or 781-647-3435.

Prior to joining Health Advances, Julia held a number of leadership positions in global market access, global medical affairs, and health economics at several biotech companies including Biogen, Amylin, and Hoffman-La Roche. She also was policy researcher at the RAND Corporation. Julia received a Ph.D. in health policy and decision sciences from Harvard University, an MA in international affairs and economics from Johns Hopkins University, and a BA from the University of Pennsylvania. You can reach her at jgaebler@healthadvances.com or 781-647-3435.

Brendan Loftus is a consultant in Health Advances’ biopharma practice. He has worked with products across a broad variety of therapeutic areas and has extensive experience in health policy, pricing, reimbursement, and market access strategies.

Brendan received his bachelor’s degree from Dartmouth College, where he studied biological chemistry and economics. He has authored several peer-reviewed abstracts presented at major conferences and is a member of the International Society of Pharmacoeconomics and Outcomes Research (ISPOR). You can reach him at bloftus@healthadvances.com or 781-647-3435.