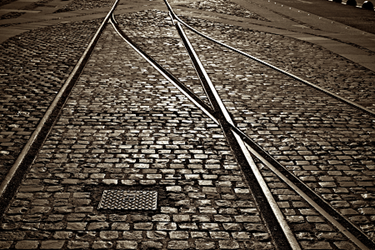 Just prior to an election season, it is not surprising to see a few bills emerge as potential silver bullets to solve pressing policy issues. The latest issue that has consumed the public for several years is how to lower drug prices. While policymakers have raised a series of threats to the industry, such as having Medicare negotiate drug prices, getting rid of drug rebates, and the specter of importation, none of these threats have yet to materialize into any meaningful legislation. What has remained consistent is the intrigue of biosimilars and whether finding ways to increase their utilization in the market could provide the elusive key to lowering drug costs. Two Congressional bills have recently emerged illustrating this desire.

The first bill is H.R. 3991, titled the Affordable Prescriptions for Patients Through Improvements to Patent Litigation Act. This bill is sponsored by Congressman Hank Johnson (D-GA), who serves as the chair of the House Judiciary Subcommittee on Courts, Intellectual Property, and the Internet (the IP Subcommittee), while Ranking Member Martha Roby (R-AL) is serving as cosponsor. The bill proposes to amend the patent dance process detailed in the Biologics Price Competition and Innovation Act of 2009 (BPCIA). Specifically, the bill would limit the number of patents that can be claimed by the reference product sponsor to 20 and also require that not more than 10 of those 20 patents shall have issued after the date the innovator sends the initial patents allegedly infringed on by the biosimilar. Exceptions can be made by a court of law overseeing the matter at issue.

Congressman Johnson stated his intentions for the bill in the bill’s press release. According to the release, “while the BPCIA was designed in part to expedite the pathway for new versions of previously marketed biologic drugs, the current regime for addressing patents that may cover biosimilar drugs -- which are much more complicated and costly to bring to marker than small-molecule drugs -- is like a clogged artery.” The Congressman stated, “By streamlining and simplifying the patent litigation process, we hope to help boost an already robust biosimilar application process and help to expeditiously make these life-saving drugs affordable to every consumer.”1

While the intent of the bill is good, there are two things that concern me. First is the lack of additional cosponsors. While there is no magic number of cosponsors necessary for a bill to move, more support for the bill is needed to create the necessary momentum to get a vote on the House floor. Having more Congressional sponsors will increase awareness about the need to change the law to avoid more biosimilars being bogged down by “delay tactic” litigation. Second, the legislative calendar is working against this bill. While there is still time left before this Congress adjourns, we are headed into the fall before election season, where momentum for pending bills slows to a crawl, since legislators are less inclined to rock the boat for fear of looking less favorable in the public’s eyes prior to re-election. Politics are a real factor and unless something happens that shines the light on the need for biosimilars to come into the market faster, without additional sponsors it will be hard to see this bill advancing anytime soon.

The other relevant bill is The Prescription Drug Pricing Reduction Act (PDPRA) of 2019, which is sponsored by Senators Grassley (R-IA) and Wyden (D-OR). This bill, which is aimed at lowering prescription drug prices, has advanced out of the Senate Finance Committee and will be considered by the full Senate this fall. While this bill covers several issues, it does address a few issues concerning how biosimilar use will lower drug prices. Below are a few relevant provisions from the act:

Needless to say, there is a lot going on in this proposal. It is clear that the sponsoring senators want to get drug prices under control and policymakers such as Congress and the Medicare Payment Advisory Commission (MedPAC) have been floating proposals for a few years now on how reigning in the ASP calculation would save the system money. While this proposal in theory sounds feasible, I fully expect there to be pushback from the industry on any reductions in reimbursement. This is on top of the contentious fight the pharmacy benefit managers (PBMs) put up against coupons and, seeing that this language includes that, I question whether all of this can get done. The difference between this bill and Congressman Johnson’s is that the Senate bill has more support than the Congressional bill.

There is no doubt that the remainder of the year will focus on last-minute policy initiatives to beat the winding down of the legislative calendar. After all, with so much on the line for the election of 2020, members of Congress must be able to go back to their districts and show how they have addressed major constituent issues such as high drug prices. While biosimilars do hold a lot of theoretical promise, we need more policies to help them get into the market faster to see if and whether we need additional tweaks for the drug price savings that many are hoping to achieve with biosimilars.