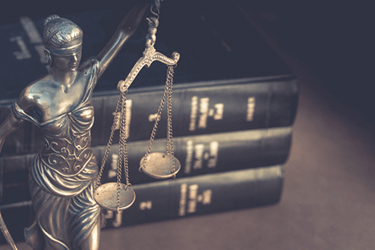 In the global biosimilars industry, regulations are administered locally, on a country-by-country basis, inevitably leading to inefficiencies and contradictions in regulatory requirements for biosimilar approval from one country to the next. If those inefficiencies are too great, some companies may delay or forego entirely seeking approval in a jurisdiction where the costs or uncertainties of the regulatory path are too high.

An Alternative To Bridging Studies?

As the FDA aims to address regulatory distortions and inefficiencies in the biologics and biosimilars market, among the items on which the agency has asked for stakeholder input is:

What additional steps can FDA take to facilitate multinational development programs that may include non-U.S.-licensed comparators, to help support development of biosimilar products?1

One of the regulatory inefficiencies the FDA is trying to address is the current requirement for bridging studies to submit data comparing a biosimilar to a non-U.S. licensed product. Under the Biologics Price Competition and Innovation Act (BPCIA), a biosimilar applicant in the U.S. must show biosimilarity to the “reference product,” which must be a biologic product licensed in the U.S. by the FDA through a biologics license application (BLA). A biosimilar applicant may use a non-U.S.-licensed comparator product for some studies if the applicant submits data from bridging studies to establish an acceptable bridge comparing the non-U.S.-licensed product to the U.S. reference product.

But what if the U.S.-licensed reference product and the European-licensed comparator product are the same — made in the same facility, by the same process, from the same cell line? And while the branded biologic sponsor has submitted that information to both the FDA and the European Medicines Agency, neither agency knows the information about the product approved in the other jurisdiction. If the agencies could share that information between themselves, without disclosing any of the information about the reference products outside of the agencies, the FDA would have a scientific basis to waive the bridging studies.

From a regulatory perspective, these types of data-sharing agreements would greatly improve efficiencies — and decrease costs — of the regulatory approval process. Bridging studies add millions of dollars to the cost of regulatory approval. Eliminating that cost could significantly lower the barrier to entry for a biosimilar applicant. Indeed, FDA Commissioner Scott Gottlieb has publicly raised this possible solution during public remarks made shortly after the FDA published its Biosimilars Action Plan in July 2018.

In response to those comments (and the FDA’s request for stakeholder input), PhRMA (Pharmaceutical Research and Manufacturers of America) has raised an issue whether such data-sharing agreements would violate U.S. trade secret laws and the Takings Clause of the Fifth Amendment to the U.S. Constitution. From PhRMA’s perspective, confidential details regarding the manufacturing process for a product, including the cell line used, the release specifications, etc., constitute trade secret information, giving rise to the potential for loss of those trade secrets if the information is improperly disclosed. And if that improper disclosure were made by the government, it could constitute an improper taking of the property right in those trade secrets in violation of the Fifth Amendment’s Takings Clause.

As a general proposition, the U.S. Supreme Court has made clear that in some situations, government disclosure of a privately held trade secret can form the basis of improper taking in violation of the Fifth Amendment. See Ruckelshaus v. Monsanto Co., 467 U.S. 986 (1984). A trade secret is an intangible form of property right within the scope of the Takings Clause. But a biologics sponsor would have several hurdles to overcome to establish that the regulatory data-sharing agreements under consideration would run afoul of the U.S. Constitution.

First, the biologics sponsor would have to specify what information it is that it considers to be a trade secret and establish that it meets the legal requirements for a trade secret, under either state or U.S. federal law. Once the trade secrets are identified, they must establish that those specific trade secrets were improperly disclosed in violation of their trade secret property rights. If the FDA were disclosing all of the details regarding the manufacturing process, cell lines used, and release specifications to the biosimilar applicant, there would perhaps be a stronger case for misappropriation. But if all the disclosure remains confidential between the regulatory agencies, and all that is disclosed to the biosimilar applicant is that the FDA is willing to waive the requirement for a bridging study, the case for trade secret misappropriation is much more tenuous.

Assuming the biologic sponsor is able to make out a case for loss of its trade secret property rights, it still would need to show that the loss was the result of an unlawful government taking.  The text of the Fifth Amendment provides:

…nor shall private property be taken for public use, without just compensation.

Factors that can be considered in determining whether a government action amounted to an improper taking include (1) the nature of the government’s action, (2) the economic impact of that action, and (3) investment-backed expectations of the party losing trade secret protection. Even if a federal agency, such as the FDA, were to publicly disclose trade secret information of a biologic manufacturer, it would not necessarily amount to an improper taking if the sponsor did not have a reasonable expectation that the information would always be kept confidential by the agency. See Ruckelshaus, 467 U.S. 986.

The case for an improper taking becomes even more difficult if there is no public disclosure, but rather just a determination by the FDA that the agency is willing to waive the bridging study requirement. The economic impact of that waiver is to foster legitimate competition in the marketplace. It does not allow competitors access to materials or information that could be used to copy any aspect of the reference product. Additionally, the nature of the government action in such a data-sharing arrangement would be limited to regulatory decision making. The reference product sponsor would not lose market-based competitive advantage. Rather, the proposed data-sharing agreements could be said to be merely reducing a regulatory distortion in the market.

After all of that, even if a case were made that in a specific situation an action by the FDA amounted to an improper taking of trade secrets in violation of the Fifth Amendment, the remedy is not to preclude that government action. The Fifth Amendment provides that such property shall not be taken without just compensation. In the U.S., the Tucker Act provides the mechanism for anyone alleging the government has taken their property to seek appropriate compensation in court.

In implementing the BPCIA, FDA policy goals are to achieve the delicate balance between facilitating price competition and maintain appropriate rewards for innovation. Ultimately, the FDA’s primary mission is to protect the public health by ensuring that biologic and biosimilar products are safe and effective before those products can be sold in the U.S. Cross-border data-sharing agreements are but one potential policy solution that could help the FDA achieve the desired balance while fulfilling its mission of providing access to safe and effective biologic and biosimilar medical treatment options.