Biosimilars And The BPCIA: Past, Present, And Future 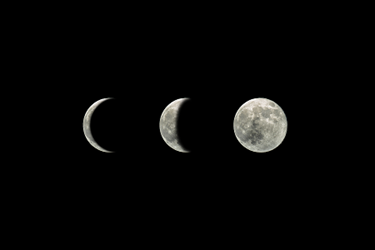 While the biosimilar market in the U.S. has gotten off to a relatively slow start compared to Europe, where biosimilars have been available since 2006, it has recently gained momentum and will continue to grow in the coming years as more “blockbuster” biologics lose regulatory exclusivity and patent protection. Here we review our observations in the biosimilar space since the enactment of the 2009 Biologics Price Competition and Innovation Act (BPCIA) and our view of the future of biosimilars and related patent disputes.

The BPCIA: Where Are We Now?

The BPCIA is part of the Affordable Care Act (ACA) and provides an abbreviated approval pathway for biologics that demonstrate biosimilarity to, or interchangeability with, an FDA-approved reference product. The BPCIA also created a litigation scheme involving various information exchanges between a biosimilar manufacturer and a reference product sponsor (RPS), often referred to as the “patent dance,” that occur prior to filing an infringement litigation.

In the 10 years since the BPCIA’s enactment, 17 biosimilars have been approved,1 seven of which have launched,2 and at least 10 applications are pending with the FDA.3 Thirty-two BPCIA-related litigations have been filed so far,4 with many of the early litigations challenging various parts of the BPCIA patent dance. The courts’ decisions in these cases have clarified that the BPCIA’s patent dance is not mandatory,5 180-day notice of commercial marketing can be given prior to biosimilar FDA approval,6 injunctions to force compliance with the BPCIA procedures are not available under federal or state law,7 and declaratory judgment suits are not available to biosimilar manufacturers.8

Many of the BPCIA cases are still pending. Among those that have been decided, the majority have determined the proposed biosimilar did not infringe,12 although Retacrit was found to infringe Amgen’s patent in 1:15-cv-00839 (D. Del.) (appeal pending).

The Future Of The BPCIA And Biosimilar Patent Disputes

Although we have obtained clarity on many issues with the BPCIA, its future remains largely uncertain. Part of the ACA was recently ruled unconstitutional in Texas v. Azar,13 after which there has been concern that a Supreme Court affirmance may completely eliminate the BPCIA’s biosimilar regulatory and litigation pathway. Should the ACA be found unconstitutional in its entirety, the BPCIA would have to be reintroduced and passed by Congress again. Introducing a new BPCIA would likely elicit debate over whether to make changes that have caused concern and litigation (e.g., making the biosimilar pathway mandatory and requiring exchange of “other” manufacturing information in addition to the aBLA) and whether certain potential ambiguities should be addressed (e.g., determining when a RPS should include patents on indications not currently part of the proposed biosimilar’s label, but where studies have been completed).

In addition, there is some concern over whether the inter partes review (IPR) and post grant review (PGR) Patent Trial and Appeal Board (PTAB) proceedings will remain available to biosimilar manufacturers seeking approval through the abbreviated biosimilar pathway. The pending Hatch-Waxman Integrity Act of 2018 would require biosimilar manufacturers to choose between using the abbreviated regulatory pathway and patent dance and filing or relying on any decisions in IPR or PGRs.14 This could essentially eliminate the availability of IPR and PGR proceedings for biosimilar manufacturers, as without the abbreviated approval pathway, biosimilars would need to submit a full biologics license application. Although the rate of IPR filings decreased in 2018 after an influx in 2017, IPRs have been popular with biosimilar manufacturers, with 104 biosimilar-related IPR petitions filed to date challenging a total of 53 patents.15 Thirty-two (60 percent) of these patents have also been subject to biosimilar-related litigations.16 Therefore, this legislation could significantly change patent strategies in the biosimilar space. Biosimilar-related PGRs have not been popular, as only one has been filed to date,17 but this could change with the next wave of biosimilars, depending on the outcome of the pending legislation.

As new waves of biosimilars come to market, biosimilar patent strategies continue to evolve. In the first wave of biosimilars, consisting of biosimilars for cytokines, growth factors, and hormones such as filgrastim and epoetin alfa, we saw very few IPRs and a number of patent litigations. The majority of litigations were on manufacturing patents, all of which were filed after the reference products lost regulatory exclusivity.18 The second wave of biosimilars, generally involving monoclonal antibodies with patents expiring before 2020 (e.g., adalimumab, infliximab, and trastuzumab), saw a very different landscape, with many patents challenged in both IPRs and litigations that were all filed after the reference products lost regulatory exclusivity.19 In addition to manufacturing patents, many method of treatment patents were challenged, particularly in IPRs. These challenges were dominated by a small number of large drug companies including Amgen, Apotex, Celltrion, Coherus, Mylan, and Sandoz.

The third wave of biosimilars, generally involving more complex monoclonal antibodies such as eculizumab, nivolumab, and ranibizumab, with patents and regulatory exclusivities expiring after 2020, is in its infancy, with most potential biosimilars in preclinical and early phase clinical trials. These biosimilars are many years from approval, thus the strategies employed could look very different than what we’ve seen. For example, litigations may start taking place earlier, prior to expiration of regulatory exclusivity, allowing biosimilars to launch as soon as regulatory exclusivity ends. Settlements may become more frequent to increase certainty as to when biosimilars can enter the market or to minimize costs from litigating large patent portfolios. Whether biosimilar manufacturers will continue using patent office proceedings to challenge patents remains to be seen, particularly as many manufacturers involved in the third wave are different than those we’ve previously seen, with companies such as Alteogen and Formycon working on Eylea biosimilars, Dyadic, Formycon, Pfenex, and Xbrane working on Lucentis biosimilars, and Mabpharma working on an Opdivo biosimilar.

Since the third wave of biologics has generally increased complexity and the potential availability of biosimilars is still many years away, innovators have more time to get patents on these reference products. This could create very complex litigations on even larger and more robust patent portfolios. Composition of matter patents may be harder to invalidate due to the complexity of these biologics, thus method of treatment and manufacturing patents are likely to continue to be targeted by biosimilar manufacturers, particularly in IPRs, if they remain available.

The size and complexity of the third-wave biologic patent portfolios may impact at-risk launches in the future. So far, almost all biosimilar launches have been at-risk, but the pending litigations involved few patents at the time of launch, making potential liability easier to assess. In the future, cases with more patents and more complex technology could make the outcome of an at-risk launch less predictable. Biosimilar manufacturers may begin filing their aBLAs earlier and attempting to resolve any litigation prior to loss of regulatory exclusivity to avoid making the decision on whether to launch at-risk.

Although we have only seen one so far, biosimilar-biosimilar litigations are likely to pick up in the future as more manufacturers compete to enter the market with biosimilars of the same reference products. The first case, Coherus Biosciences, Inc. v. Amgen Inc.,20 relating to Amgen’s Amjevita, alleges infringement of Coherus’ formulation patents. With companies such as Alteogen announcing it obtained patents on its composition and formulation of ALT-L9, which it is investigating as a biosimilar to Eylea, it is likely that third-wave biosimilars will also face biosimilar-biosimilar lawsuits.

Biosimilar settlements are becoming more frequent, with numerous companies settling ongoing disputes and even settling with biosimilar manufacturers prior to submission of aBLAs or initiation of IPRs, and it is likely we will see further settlements in the future. Although we have yet to see any branded biosimilars or authorized biologics, it is possible these will be included in future settlement agreements. It will be interesting to see how the recently passed Patient Right to Know Drug Prices Act,21 which requires Federal Trade Commission (FTC) review of settlements between biologic and biosimilar developers to prevent “pay-for-delay” type settlements, will impact future biosimilar settlement agreements.

While we continue to gain clarity on BPCIA procedures, many questions remain for the future of the BPCIA regulatory and litigation pathway, including whether it will need to be passed again by Congress, possibly in altered form. Whether the future of patent disputes will be focused on IPRs or litigations remains to be seen, but one thing is for sure: biosimilar-related patent disputes will be increasing as the U.S. biosimilar market continues to grow.

Ha Kung Wong is a partner in Venable Fitzpatrick’s Intellectual Property Litigation Practice in the New York office. He practices general intellectual property law, with an emphasis on complex patent and trade secret litigation in pharmaceuticals, biologics, and chemistry. Wong has litigated cases related to protein pump inhibitors, anti-epileptic drugs, anti-tussives, RNAi eye care products, and a host of other pharmaceuticals. He has extensive experience with inter parts review (IPR), post-grant review (PGR), intellectual property counseling, pre-lawsuit investigations, and IP transactions, including licensing and due diligence. He can be reached at hwong@venable.com.

April Breyer Menon developed and manages BiologicsHQ, which compiles and analyzes information on legal proceedings related to biosimilars. As an attorney, Breyer Menon represented pharmaceutical companies and universities in a variety of patent litigations with a focus on damages and commercial success arguments related to oncology patents. She now consults on biosimilars and biotechnology law, including statistical analysis, and has authored numerous articles and presentations regarding biosimilars legal issues. Breyer Menon holds a B.S. in genetics and cell biology and a B.A. in physiology from the University of Minnesota and a J.D. from Boston College Law School. You can reach her at abreyer@venable.com.