Breaking Down Amgen's Win In The Biosimilar Enbrel Patent Fight 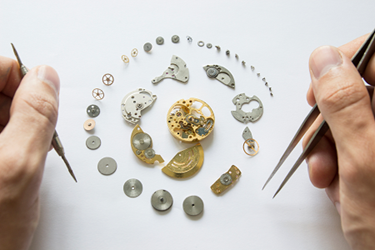 Following a trial in the District Court of New Jersey, Sandoz has been barred from marketing a biosimilar version of Amgen’s Enbrel product. Due to the scarcity of biologics patent case rulings, this case provides an interesting precedent for how future decisions may treat biologics patent issues.

This case involved a fusion protein called etanercept, which is made by combining the extracellular region of a 75kD human tumor necrosis factor receptor with a portion of an IgG1 immunoglobulin. Specifically, etanercept is a dimeric fusion protein consisting of the extracellular region of the ’75 TNF receptor, which is fused to exon-encoded “hinge CH2-CH3” of the constant region of a human IgG1 antibody heavy chain. The court’s opinion showed the product in picture form as follows:

This biopharmaceutical is effective in treating rheumatoid arthritis. Specifically, it binds to and neutralizes excess tumor necrosis factors in patients with rheumatoid arthritis, which beneficially reduces the patient’s autoimmune inflammatory response. The patent-in-suit stemmed from work conducted in the early 1990s by scientists at Roche. In 2004, Amgen and its subsidiary Immunex acquired the intellectual property rights through an Accord and Satisfaction agreement with Roche. Immunex subsequently began marketing its etanercept product under the trade name Enbrel.

Court Sides With Amgen On All Issues

On Aug. 9, 2019, Judge Cecchi of the District Court of New Jersey entered an order barring Sandoz from marketing its biologic version of Amgen’s Enbrel, finding that the product infringes Amgen’s U.S. Patent Nos. 8,063,182 and 8,163,522. Sandoz had not contested infringement at trial, meaning only issues of patent validity remained to be decided by the court.

First, Sandoz argued the patents lacked sufficient written description. Sandoz’s theory was that the patents’ specifications did not describe the etanercept molecule. The court rejected this argument. First, it found the specification described the components of etanercept (p75 and the IgG1 fusion protein). As to p75, the specification included nucleotide sequences, and the court found that receptor was well known in any event because its sequence had been submitted to GenBank with an accession number. The court then found that example 11 from the specification provided a recipe to fuse a TNF binding fragment to an IgG1 chain, which would have led to etanercept. Similarly, the court also found the specification enables etanercept because recombinant DNA technology in the early 1990s was advanced enough to have allowed the person of ordinary skill in the art to create etanercept from the known components using ordinary methods routinely used in the art.

Because of the conceptual nature of some of the science involved in biologic products, challengers to patents on those products often advance written description or enablement arguments for invalidity. This case is a good example for patent owners of the types of evidence that can overcome those sorts of arguments.

Sandoz next argued the patents would have been obvious. That argument boiled down to whether the person of ordinary skill would have been motivated to use the prior art to arrive at etanercept. (Motivation is necessary in order to prove obviousness; legally there is an important difference between whether someone would have been motivated to do something vs. whether the person would have been able to do something.) The court found that the person of ordinary skill would not have found the invention obvious. The prior art Sandoz relied on discussed p75 TNFRs and Ig fusion proteins without p75. The court found that these would not have motivated a person of ordinary skill to believe etanercept would be useful as an anti-inflammatory. Rather, the court found that the person of ordinary skill would have instead believed that the product would have had a pro-inflammatory effect. Further, the court looked at “secondary considerations” of nonobviousness. “Secondary considerations” are part of the legal test for obviousness. They are objective facts concerning the market performance and need-filling qualities of the invention. The purpose of these considerations is to give a market-based assessment of the nonobviousness of the invention. The idea is that if an invention is a big success, then if it were obvious, someone else would have already used or sold it. Here, the court found that the unexpected beneficial results of etanercept, the praise from the industry for the product, its clinical success, the long-felt but unmet need for its properties, and the failure of others to develop a product with its properties all provided an objective indication that the invention was not obvious.

Finally, Sandoz advanced a double patenting argument — arguing in effect that Amgen claimed etanercept in two separate patents — with the unlawful effect of improperly extending the life of the first patent. The court’s legal analysis is interesting for legal practitioners because it discusses the rare two-way double patenting analysis, which is required when a later-filed patent application issues before the earlier-filed application. The court ultimately rejected the double patenting theory based on two independent reasons. First, the court relied on the safe harbor provision of 35 U.S.C. §121 (which forbids a finding of double patenting when the Patent Office required the claims to be split into two applications). Second, the court found the allegedly invalidating prior art patents were owned by a different entity than the patent-in-suit, which also forbids a finding of double patenting. Even if §121 did not apply, the court found the patents were not obvious in light of each other and that the patent owner did not engage in the sort of patent life-extending gamesmanship that obviousness-type double patenting is meant to counter.

Takeaways From The Court’s Decision

Secondary considerations are historically rather difficult to prove for a couple of reasons. First, courts require that the commercial product is commensurate with the scope of the patent’s claims. This can be a high hurdle for products where the patented component is simply a part of a larger commercial device (for example, consumer electronics). However, this hurdle is generally easier for pharma patentees to overcome because pharmaceutical products in general track very closely to the claims that cover them (rather than the product containing other unclaimed active ingredients).

Another hurdle related to secondary considerations that is often harder to overcome, however, is the requirement that the secondary consideration is due to the patented invention itself and not to non-patent market forces. The difficulty manifests itself in the context of pharmaceutical patents because pharmaceuticals are regulated by the FDA and may be granted non-patent marketing exclusivity, and any generic must, per FDA requirements, be bioequivalent to the patented product. As a result, in analyzing obviousness issues, courts have given little to no weight to evidence of copying for patented pharmaceutical products. That is, the fact that a generic or biosimilar competitor exists does not prove that a patent claim was not obvious.

Commentators have wondered whether courts would give this same treatment to biologic patents. This situation is a bit different in the biologic/biosimilar context than in the generic context because even though biologics are FDA-regulated, a biosimilar does not necessarily have the same amino acid structure as the biologic, meaning in theory there can be a broader range of structure that may be “biosimilar” to a biologic. Here, though, the court applied the rule of thumb from the generic pharmaceutical context. Specifically, the court found that the BPCIA’s requirement that a biologic be “highly similar” to the reference product such that there are no “clinically meaningful differences” between the two in terms of safety, purity, and potency” is similar enough to the situation with ANDA-based generic products that evidence of copying was not probative of nonobviousness in the biologic context.

This case is interesting in that it’s one of the few patent decisions concerning a biosimilar product. Biosimilar makers should note that the court’s analysis that “copying” a biologic does not tend to show the patent on the biologic is not invalid as obvious — that is, the general rule from generic litigation was applied here in the biologic context. Another important takeaway is to carefully consider the patent implications of licensing vs. buying patents. This case is an illustration that licensing instead of buying a patent can save patent claims from a finding of invalidity for double patenting.

Doug Robinson is a principal in the St. Louis office of Harness Dickey, one of the nation’s largest and most respected intellectual property (IP) firms. His practice focuses on contested matters in the areas of patents, trade secrets and trademarks. Robinson has experience in a number of technology fields, including biologics, pharmaceuticals, medical devices, chemicals, and others. His expertise spans every phase of the dispute resolution process, from pre-suit investigation through appeal. He has served as litigation counsel in numerous cases under the Hatch-Waxman Act and on behalf of various generic pharmaceutical companies.