Can The FTC Clear A Path For Biosimilar Access Through The Patent Thicket? 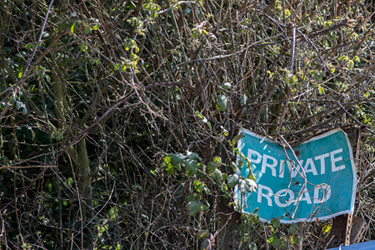 The existence of what we now call “patent thickets” is a threat to the biosimilar industry (as well as to the introduction of affordable generic drugs). The possibility that innovator medications like AbbVie’s Humira (adalimumab) and Amgen’s Enbrel (etanercept) can retain market exclusivity decades beyond their original date of introduction angers all except the manufacturers’ shareholders.

On May 14, Boehringer Ingelheim became the ninth prospective maker of adalimumab biosimilar to sign a licensing agreement with AbbVie.1 The first access belongs to Amgen on Jan. 1, 2023. Boehringer aborted its litigation that sought to invalidate the key patents held by AbbVie on Humira. However, AbbVie claimed to have 136 patents (as of today). To put it in perspective, Humira was first approved in 2002,2 and biosimilar makers in the EU were able to launch their adalimumab biosimilars in October 2018.3

The situation with Enbrel is, in some ways, even more discouraging. Amgen’s patents on this agent may not expire until 2028,4 30 years after the product’s approval.5

Delays in access to biosimilars of these two products have cost the U.S. health system tens of billions of dollars. Consider that U.S. revenues for Humira alone may be around $15 billion today. (Note that only global sales figures are generally available from AbbVie, which claims approximately $20 billion overall in 2018.6) With annual price increases, this figure will certainly balloon. Based on the current list price (without annual increases), a four-year delay in biosimilar access (from 2019 to 2023) will rack up revenues of $60 billion for AbbVie. If biosimilars were available this year at an average discount of only 33 percent, that alone would account for $19.8 billion in savings to the system. Viewed from another perspective, that conservative figure would result in adalimumab pricing seen in 2015 and 2016. Add in Enbrel’s potential revenues over that longer time period, and it is clear the patent system is being used to unreasonably impair access to biosimilars.

Senators Try To Hack A Path Through Drug Patent Thickets

Generally, hearings at the U.S. Capitol are aimed at obtaining information from those asked to testify. Held May 7, Senate Judiciary Committee hearings7 offered much more — an unusually clear sense of where the future lies.

Senator John Cornyn (R-TX) characterized the extensive patents held by drug manufacturers as being anticompetitive. Cornyn, who sits on both the Judiciary and Finance committees, grilled PhRMA General Counsel and Executive Vice President James Stansel, JD, about the use of the patent system to delay competition. He asked, “Do you think it’s beyond the pale to say it could be a structuring of those patents in such a way that could be anticompetitive, and not in the best interest of patients?”

Whereas Stansel pointed to patent law, the judicial system, and inter partes review as adequate remedies, Cornyn did not agree with that assessment. The anticompetitive aspect of the patent thickets, well after a manufacturer should expect market exclusivity, was one of the key themes of the hearing.

The senator, who also compared high prescription drug prices to a form of “money laundering,” then turned to Michael Carrier, professor of law at Rutgers University. He inquired, “What if we gave the [Federal Trade Commission] the authority to look at these patent thickets and decide whether there was a noncompetitive effect and provide an equitable remedy?” Carrier responded, “I think that would make perfect sense and that would deal with the problem here. This is an abuse of the system, and giving the FTC power to deal with it will be a great development.”

That exchange seemed to confirm what Cornyn and fellow Judiciary Committee member Senator Richard Blumenthal (D-CT) were thinking. They are working on a bipartisan legislative proposal that expands the FTC’s jurisdiction into anticompetitive patents. Biosimilar Development contacted the senators’ offices for comment but did not receive a response from either regarding the legislative proposal.

Following the hearing, Judiciary Committee Chairman Lindsey Graham (R-SC) released the following statement: “We had a great hearing today on the complex issue of escalating prescription drug prices and patent abuse. There seems to be a lot of common ground that would address the problem of companies gaming the system. I expect the committee to act in a bipartisan fashion this year to move the ball forward in terms of lowering prescription drug prices, while safeguarding innovation.”8

However, there were signals at the hearing from both  Graham and Ranking Member Diane Feinstein (D-CA) that they were wary of tipping the balance to discourage pharmaceutical innovation in whatever action is taken.

To this point in time, the FTC has not been given the authority to invalidate patents, as this has been the sole discretion of the courts and the U.S. Patent and Trademark Office. One obvious step that can be taken is to permit the FTC to clear any market exclusivity barriers to competition after the initial composition-of-matter patent has expired.

Although the FTC would not technically invalidate patents on manufacturing processes, different formulations, or other technologic aspects, it could provide a straightforward path to faster availability of biosimilar agents. This could mean that the intellectual property remains unchanged, but its application toward market exclusivity could be affected. For example, the FTC could rule that only the principal composition-of-matter patent could be used to prevent the launch of a new biosimilar agent (in those cases where it believes other patents were filed solely to prevent reasonable competition).

However, it seems that the legislative proposal would not have to grant the FTC new or additional powers. The wording of the legislative proposal will be critical, of course, but at least one intellectual property expert doesn’t think the FTC needs more tools to play on this field. “The FTC already does have the authority to bring causes of action where there has been unlawful use of patent rights in order to delay or harm competition,” said Kevin M. Nelson, Esq., partner, Schiff Hardin LLP, Chicago. “That’s the FTC’s mission — to protect competition. If there is any action to harm competition, the FTC has the tools to address that right now.”

In fact, the FTC has previously exercised its authority to punish companies that used their patents as anticompetitive tools. Nelson pointed to two examples, FTC v. AbbVie9 and FTC v. Bristol-Myers Squibb,10 where the companies were fined large amounts for engaging in this type of behavior. However, in both those cases, the focus of the FTC “has been more in the FTC Act versus one of the traditional antitrust acts,” according to Nelson.

In effect, the FTC would be focusing its enforcement activities on the way patents are utilized to create antitrust actions. Does that mean the commission has the power to decide that subsequent patent filings are part of an attempt to prevent legitimate competitors from entering the market? Whereas this doesn’t necessarily invalidate those patents from an intellectual property standpoint, it could carve a pathway through the patent thicket. And if the FTC found that competition has been harmed by a manufacturer’s patent thicket, it can use its authority to assign large fines (“disgorgements”) to claw back the ill-gotten profits.

Nelson pointed out that any action taken by the FTC today can only be after the fact – after the anticompetitive damage has already been incurred. He explained, “If we try to do something before the competition is harmed (or to prevent this harm) and we allow some patents to be asserted, we will be getting into constitutional concerns.” Perhaps this is part of what the Cornyn-Blumenthal bill will address.

Realistically, bipartisan legislation of this type could be written, introduced, sent to committee, and even receive a vote within a short period of time. Could it be used as a weapon against AbbVie’s patent thicket, gaining a year or two of biosimilar savings? That is possible, but an FTC ruling against AbbVie might not affect the licensing contracts already signed by the nine biosimilar manufacturers. It may be that since all of the prospective adalimumab makers have been locked into these arrangements, only a new player would be able to take advantage of potential FTC action. This action could also mean a disgorgement of billions of dollars by AbbVie. Unfortunately, getting that money to purchasers and patients may run into a bureaucratic thicket.

3. Up to 5 biosimilar horses in the race for adalimumab in Europe: Heading for the starting gate. Biosimilars Review & Report August 3, 2018. https://biosimilarsrr.com/2018/08/03/up-to-5-biosimilar-horses-in-the-race-for-adalimumab-in-europe-heading-for-the-starting-gate/.

10. In the Matter of Bristol-Myers Squibb Company. Federal Trade Commission. May 25, 2004. https://www.ftc.gov/enforcement/cases-proceedings/0110046/bristol-myers-squibb-company-matter.

About the Author: Stanton Mehr is content director of Biosimilars Review & Report (www.biosimilarsrr.com) and president of SM Health Communications (www.smhealthcom.com). He consults on payer issues and health policy, as well as on the biosimilar arena. Email address: stan.mehr@smhealthcom.com.