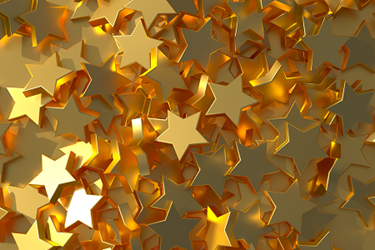 The Centers for Medicare and Medicaid Services (CMS) star ratings system was created in 2007 for insurance plans operating under both the Medicare Advantage and Part D. This 1 to 5 system (with 5 being the highest rating) is a way for CMS to measure the value of a plan and determine whether to continue to allow it to be part of the program. However, it’s more than just the plan, since the plan’s providers play a key role in how CMS evaluates each plan.

Essentially, the system measures other items as well, such as clinical quality, beneficiary satisfaction, and regulatory compliance, in addition to included providers. Plans are incentivized with financial rewards for improving quality performance and achieving the highest rating. What has been interesting to watch over time is how the star ratings system has become the go to evaluator for anything healthcare. The question is whether this concept could be applied to reduce drug costs, specifically, where biosimilars are concerned.

We received our answer with the introduction of the Star Ratings for Biosimilars Act, otherwise known as H.R. 4629. This bipartisan bill is sponsored by Congressmen Tonko (D-NY) and Gibbs (R-OH), but to date it hasn’t gotten much support. The bill has a U.S. Senate version sponsored by Senators Cassidy (R-LA) and Menendez (D-NJ). According to Senator Cassidy’s press release, “This bill would incentivize insurers to use lower cost versions of drugs by rating the plan based on usage of biosimilar medications. Using lower cost drugs will lead to positive health outcomes with lower out of pocket costs for patients.” We have also seen similar legislative language in S.2543, known as the Prescription Drug Pricing Reduction Act of 2019.

For years now, we have witnessed several debates on how biosimilars could potentially lower drug costs, and this proposed legislation is another example of the potential promise that biosimilars have in helping policymakers lower drug costs. But will this bill help? Specifically, the proposed legislation calls for determining whether a biosimilar is on the formulary, assesses whether and how utilization management tools are applied with respect to a biosimilar, and assesses the percentage of enrollees prescribed the biosimilar biological product when the reference biological product is also available.

While I applaud any idea that attempts to lower costs and promote patient access, the devil is always in the details. For example, will these proposed metrics of incentivizing plans to use biosimilars work? Will there be competing metrics that plans have that may be better measurements than CMS?

Industry stakeholders like physicians and pharmacists may not like having plans with too much autonomy because unfairness and bias in measuring provider compliance may come into play, as plans and their partner pharmacy benefit managers (PBMs) would likely favor their providers and pharmacies, which could result in different star ratings for some. Will hospitals be amenable to this system when they already have complaints against CMS’ star ratings programs due to hospitals not being able to predict quality improvement metrics for operational efficiency? Physician education on biosimilars will have to be increased as well, since their comfort level with biosimilars will help spawn more utilization by their patients. Lastly, what impact will star ratings on biosimilars have on insurer rebates? At this time, it is too early to tell, since without this clarity it is even hard to quantify if biosimilars are already experiencing formulary disadvantages due to innovators offering larger discounts. One thing is for certain, in order to force monumental change, it may be best to do it via mandate. Forced compliance, in my opinion, will bring out the potential bugs in a system fast.

Ultimately, the other big issue is whether there is enough time to get legislation like this through Congress, along with a presidential signature. It would also help if the bill had more support, through either Congressional members or a push from powerful interested stakeholders. To date, the bill doesn’t have a significant number of cosponsors. It could be that it is December or that lowering drug prices through biosimilars is an idea that is spread throughout too many current Congressional proposed bills.

Theoretically, this seems like a win-win for both parties, but, realistically, we are on the doorstep of campaign season. With the upcoming elections on the state and federal level expected to be explosive, will lawmakers find the will to agree on a bipartisan solution like this before the political rhetoric heats up? We can only hope.

Ronald W. Lanton III, Esq., has over 25 years of experience focused on legal and government affairs, with 15 years dedicated to the healthcare sector. He is currently president of Lanton Strategies and is principal at Lanton Law. Previously, Lanton served as executive director at Frier Levitt Government Affairs and also as senior counsel for Frier Levitt law. He is a featured industry speaker on issues such as pharmaceutical safety and healthcare cost containment and is a regular contributor to Specialty Pharmacy Times, Biosimilar Development, and the Center for Biosimilars. He is also the chair of the Biologics Committee for the New York Bar Association and is currently admitted to practice in Illinois; Washington, D.C.; and New York.