End Of The Enbrel Battle: How Amgen Beat Sandoz 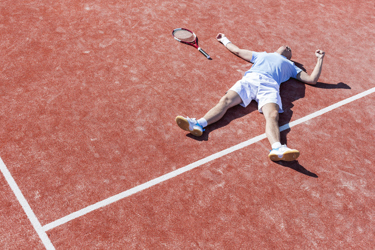 The Federal Circuit court of appeals recently rejected Sandoz’s efforts to bring to market a biosimilar version (Erelzi) of Amgen’s Enbrel (etanercept) biologic drug. The case involved two U.S. patents (8,063,182 and 8,163,522). Both relate, broadly, to a human TNF receptor and fusion protein. Sandoz admitted in litigation that its proposed Erelzi product infringed both patents, but claimed in its defense that the patents should be invalidated due to a legal concept called obviousness-type double patenting. Sandoz’s argument, however, was thwarted in part by a creative licensing contract between Roche and Immunex. As a result, this case serves as a reminder that sometimes it is impossible to fully evaluate the likelihood of success in biosimilar litigation before the challenge begins.

Obviousness-type double patenting is a court-created doctrine that bars the scope of a patent, called the claims, from covering obvious variants of the same subject matter in separate patents. The aim is to prevent extending patent protection for longer than the standard term of 20 years. Importantly for this case, obviousness-type double patenting applies only when the patents are owned by the same entity. Here, some creative contract drafting helped Amgen avoid co-ownership of the two patents, thereby preventing Sandoz from having a successful invalidity defense.

The Amgen patents were originally developed by Roche. In 1998, Roche granted Immunex a license to the older patents that later became the basis for Sandoz’s double-patenting defense. Immunex was then acquired by Amgen in 2002, and in 2004, Amgen, Immunex, and Roche entered another agreement that eliminated continuing royalties to Roche.

That agreement gave Immunex a paid-up, irrevocable, exclusive license to the U.S. patent rights, including control over the patents asserted against Sandoz. Immunex was also granted the first right to rectify any infringement, and Roche was required to cooperate in the lawsuit. Immunex also had the right to demand an assignment of the patents upon payment of $50,000 (meaning that Immunex would take ownership of the patents).

For its part, Roche retained the rights to use the patents in non-clinical internal research only, and retained the secondary right to enforce the patents if Immunex failed to bring its own lawsuit within 180 days of being notified of the infringement by Roche.

The question for the court was whether the rights retained by Roche were enough to deprive Immunex of ownership of the patents. The court applied the “all substantial rights” test, which states that if a party obtains all substantial rights to a patent, then that party is the owner of the patents for the purpose of obviousness-type double patenting. Here, the majority panel at the Federal Circuit decided that Roche retained substantial rights in the patents, namely the secondary right to sue, the ability to veto licenses to a third party, and the $50,000 fee for a full assignment.

As a result, the Immunex/Amgen – Roche agreement went right up to the line of ownership without actually crossing it. The result was to deprive Sandoz of a substantial defense. (Sandoz raised other defenses, which also failed, but those are beyond the scope of this article.)

Amgen’s contract drafting strategy and litigation position were ultimately successful, but just barely. Judge Jimmie Reyna dissented, stating that he would have found that Immunex/Amgen did in fact own the Roche patents because they could have negated Roche’s ability to sue by granting a license to the alleged infringer before Roche’s window for filing a lawsuit opened. He also believed the $50,000 assignment fee was only minimal given Enbrel’s $1 billion-plus in yearly sales, and therefore Immunex/Amgen could fully nullify Roche’s rights (including the right to veto a license) upon payment of a minimal fee. As a result, Judge Reyna would have found the rights “retained” by Roche to be illusory, and thus he would have found the requisite co-ownership of the patents.

Thus, Sandoz was possibly one vote away from winning the case.

This is another example of a line of frustrations for biosimilar manufacturers in the U.S. market. To date, biologic manufacturers have made few inroads into the market for biosimilar products despite the 2009 Biologics Price Competition and Innovation Act now being over a decade old. Of particular interest, AbbVie’s blockbuster Humira has managed to avoid direct biosimilar competition, and it appears that it will continue to do so in the United States until 2023. Conversely, in Europe, Humira biosimilars have approximately one-third of the market. Even where biosimilars have been approved and marketed in the United States, market penetration has been limited.

Better days may be ahead for biosimilars, though. Approvals have become more common as biosimilar companies and the FDA gain experience in biologics. It was not until 2015 that the first biosimilar (Sandoz’s Zarxio) was approved. Since that time, though, the FDA has approved more than 25 additional biosimilar products. The pipeline is filling, but patent litigation hurdles remain separate and apart from FDA clearance.

To stay on top of these hurdles, biosimilar applicants must maintain awareness of the patent issues that can block their products even with FDA clearance. Those patents can be identified by the FDA’s Purple Book publication, and some patent issues, including infringement and some validity issues, can be reasonably evaluated for risk before deciding to pursue a particular biosimilar.

Still, the Federal Circuit’s Enbrel decision serves as an example of an unexpected hurdle that can arise in litigation. There, a contract interpretation issue was key to the outcome of the case. The existence of that license may have been known before the litigation, but knowing a contract exists is far different from knowing its precise terms. License agreements are generally kept confidential, and third parties like biosimilar applicants do not generally know their precise provisions.

Doug Robinson is a principal in the St. Louis office of Harness, Dickey & Pierce, P.L.C. His practice focuses on contested matters in the areas of patents, trade secrets, and trademarks. Robinson has experience in a number of technology fields, including biologics, pharmaceuticals, medical devices, chemicals, and others. His expertise spans every phase of the dispute resolution process, from pre-suit investigation through appeal.