Evaluating The Impact Of Sterilization Methods On Stopper Performances 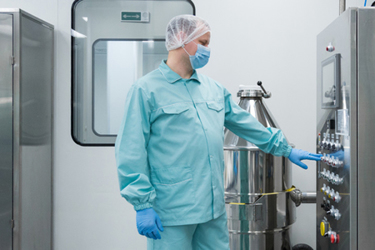 An instrumental component of drug delivery systems, the plunger stopper (PS) has a key role to play in drug protection and delivery performance. The PS is critical to pre-filled system container closure integrity and can contribute to limiting the occurrence of unwanted chemical interactions between the drug formulation and the PS elastomer. The PS also contributes to the mechanical performances of a drug delivery system, namely the gliding and activation forces within a system composed of a pre-filled syringe barrel, plunger rod and a PS.

The three studies exposed in this poster were conducted by BD Medical - Pharmaceutical Systems in the context of BD SCF™ PremiumCoat™*† 1MLL plunger stopper product development. This new product aims to address market unmet needs around the development of subcutaneous drug therapies for chronic disease treatment.

The first two studies1,2 assessed the impact of methods for sterilization (Steam and Gamma irradiation) on the plunger stopper’s extractable profile and functional performances. These comparative studies inform the industry of BD SCF™ PremiumCoat™* 1MLL plunger stopper compatibility with the two tested sterilization methods. The third study consists of a Human Factors evaluation3 of activation and gliding forces by endusers (including nurses and chronic disease patients). This study informed the definition of BD SCF™ PremiumCoat™ 1mL plunger stopper upper specifications limit, based on end-user usability and acceptance data.