Expectations Vs. Reality: The Financial Impact Of Market Delays On Biosimilars 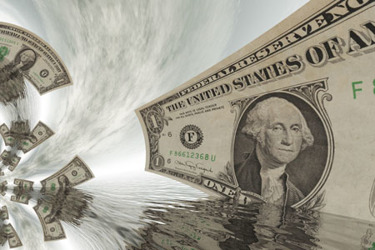 Biosimilars face a fundamental problem: They get limited uptake and, at the same time, face criticism that they don’t save the U.S. healthcare system enough money.  This has been a common topic of discussion in publications over the past several years, and remains a common conversation I’ve had with key stakeholders as they’re choosing and developing biosimilar products, finding partners, and building commercialization strategies. Their perspective is often quite similar – why aren’t biosimilars taking off more, and what role can each play to affect meaningful change?

I’ve written about originator tactics to stifle competition before, whether it be patent litigation, product hopping, rebate schemes, or misleading information. We also know that these lead to delays in launches, loss of volume, slower payer buy-in, and a lack of trust in biosimilars from physicians and patients.

This brings us to the second point of the conundrum. To some, biosimilars have not led to sufficient healthcare savings to the U.S. healthcare system.  But the question that must be asked after such a statement is: Given the actions by originators and resulting commercialization risks as well as the inherent technical risks of biosimilar drug development, how can one possibly expect a biosimilar to launch at a 90 percent discount to the brand?

As is often the case, it is helpful to bring clarity through quantification. Let’s create a simple, hypothetical example that closely mimics the reality that biosimilar manufacturers are currently facing. These figures will show the financial impact that market delays and market compressions can have on a biosimilar manufacturer and, in turn, the cost-savings biosimilars can the healthcare system today.

Let’s begin by making a few key assumptions including timing of development, approval, and launch. A biosimilar manufacturer has four products in its pipeline.  Given the technical risks of development, we can assume that two of them will make it to market and two will fail.  We assume that development takes seven years from start to completion and that one year is needed for approval. Each drug, based on existing binding patents, will be able to launch four years after approval is granted by the FDA.

Continuing with our hypothetical example, we assume each product will have $2.5 B in sales just prior to the biosimilar’s launch and that four competitors will launch at roughly the same time. Given the level of competition, it is reasonable to assume that the price discount by year-end of launch could already be 60 percent.  Furthermore, additional price erosion would happen in subsequent years as opposed to the continual price increases that we see in the branded space each year.

If we include a number of other key assumptions such as the overall biosimilar penetration rate, rapid rate of adoption, development costs per product, the typical cost of sales and marketing of a biosimilar, COGS, and set the WACC (weighted average cost of capital) to 12 percent, we see that a single successful product, even with such high discounts during the launch year of 60 percent, can yield an NPV of roughly $28 M.  To be clear, this means that a biosimilar manufacturer would earn a rate of return of 12 percent on all their costs PLUS create an additional $28 M of value.

If we have two such products that are successful, and two of them fail as outlined earlier, we still arrive at a positive NPV result of roughly $18 M, meaning that in total, across all four products, the biosimilar manufacturer enjoys a 12 percent rate of return on all its costs and creates an additional $18 M of value for shareholders.

These figures emphasize what I’ve often articulated in the past: Biosimilar development can be a successful enterprise for companies. In fact, at first blush, I am sure many of you read the preceding NPV & rate of return figures and reacted with an, “OK, so what’s the problem?!?”

The problem as we alluded to earlier is that product launches can be significantly delayed due to originator post-approval patent strategies.  Further problems arise when product hopping occurs, i.e., when patients are switched to a new therapy with little clinical benefit before the biosimilar is even able to enter the market.

Since both cases can occur quite frequently, let us go back to the two successful launches we constructed earlier and assume that one product faces a loss of 60 percent due to product hopping.  This estimate is not an exaggeration as Abraxeolus is currently working on two projects where the risk of product hopping is between 70-80 percent for both products.

If, for the other successful biosimilar launch, we assume no product hopping but rather a five-year additional delay due to patent antics of the originator, additional losses occur.

We can re-run the model with these two simple additions to the problem, keeping all other factors the same. In doing so, we unfortunately find that the total NPV of all four products drops from positive $18 M to negative $131 M. What this means is that, in spite of the fact that this hypothetical biosimilar manufacturer did everything the same, instead of batting 2 out of 4 with 12 percent returns plus an additional value of $18 M, they will face negative returns and actually destroy company value to the tune of $131 M.

To make matters even worse, if product hopping and patent antics were here to stay, the discount at which the biosimilar would come to the market is eye-opening. In order to achieve a 12 percent rate of return on their investments with no additional value created, i.e., an NPV of zero, the biosimilar could only come to market at 5 percent.  Five percent is the best we could hope for.  Thankfully, we will never see — and have not actually seen — discounts as low as 5 percent. This is the case for many reasons, one of them being the rebate trap, and another being that such low discounts don’t overcome the administrative burden of including new products in health plan formularies.

What’s the takeaway for me personally?  Eradicate the impediments that biosimilars are facing using the market access, educational, and legislative and executive efforts currently ongoing in this space. In doing so, biosimilars will be able to deliver on the promise of quality, effective medicines that save the U.S. healthcare system enormous amounts of unnecessary pharmaceutical spending.