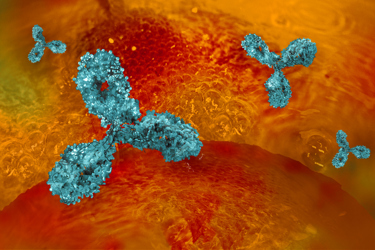 Can a patent claim millions of different antibodies based on their function alone? Tens of thousands? Hundreds? What if the patent gives a plug-and-play road map to make and evaluate the antibodies through routine testing? The United States Court of Appeals for the Federal Circuit (CAFC) is gearing up to answer these questions in a fight about broad functional claiming on monoclonal antibodies. Whatever the CAFC’s answer, one thing is sure: It will affect how biologic innovators use functional claiming and whether patentees or challengers are more likely to win future lawsuits in the biologics and biosimilar arena. This article explores how patentees and challengers can take advantage of the CAFC’s coming decision, regardless of what the CAFC ultimately decides.

The case, Amgen v. Sanofi — the latest in a line of cases involving Amgen and 35 U.S.C. section 112 — focuses on claims directed to antibodies used in cholesterol management. In particular, the claims broadly cover any and all antibodies capable of achieving two specific functions: (1) binding to a natural protein within the body that binds to and destroys cholesterol receptors and (2) blocking that protein from binding to, and thus destroying, such cholesterol receptors so they may process free cholesterol.

That is, the novelty of Amgen’s claims resides exclusively in the functions rather than the structure of the antibodies. Sanofi thus argued that the number of antibodies potentially falling within the scope of these claims extended into the millions and there was no way to reliably predict whether a given antibody would satisfy the claimed functions without individually testing each and every one. For its part, Amgen argued that the patent provided 26 examples, a table of suggested amino acids to substitute into the disclosed antibodies, structural aspects of the claimed antibodies, and, most importantly, a road map teaching a person of ordinary skill in the art (POSA) how to create and test antibodies to determine whether they fall within the scope of the claims. Amgen further argued that the claimed genus only includes 400 antibodies because Sanofi’s millions of candidates extended to antibodies with point mutations (i.e., changing a single amino acid out of hundreds of amino acids).

While a jury found Amgen’s claims enabled on these bases, the trial judge overturned the jury and ruled as a matter of law they were not. The lynchpin of the trial judge’s opinion was that a POSA would need to test millions of potential antibody candidates to determine if they satisfy the two functional limitations. Although the patent’s road map explained how to make and test these antibodies, it did not permit a POSA to predict which antibodies would satisfy the claimed functions. Instead, a POSA would be left with extensive, albeit routine experimentation.

Implications At The CAFC:  When Is A Road Map Not Enough?

Thus, the crux of the issue on appeal is whether broad genus claims relying on functional limitations for novelty require a patent specification to predict or provide guidance concerning which species fall inside and outside the genus. Indeed, there appears to be no dispute that Amgen’s road map teaches how to make the genus of claimed antibodies as well as how to routinely test those antibodies in accordance with the claimed functions. Predictions, however, were absent. Below, we examine how the CAFC’s resolution of this issue could impact innovator and biosimilar companies alike.

If the trial court’s non-enablement decision stands, a trio of prior CAFC cases offers patent prosecutors and litigators helpful clues relating to functional claiming of biologics.

First, patentees may wish to draft and assert multiple independent claims that not only broadly recite key functions but varying structures necessary to perform those claimed functions.

In Idenix Pharmaceuticals LLC v. Gilead Sciences Inc., 941 F.3d 1149, 1157-59 (Fed. Cir. 2019), the patentee argued that a POSA would “know to ‘take into account the patent as a whole’ to focus on a ‘significantly smaller’ set of candidate compounds.” But the CAFC held that the enablement inquiry “considers the scope of the claim as written, not just the subset of the claim that a POSA might practice. Importantly, therefore, sub-genus coverage on more narrow functions may significantly reduce the amount of experimentation required to support the claims.

Third, patentees may wish to focus on patents with guidance concerning how to predict which categories of candidates satisfy claimed functional limitations.

In Enzo Life Sciences, Inc. v. Roche Molecular Systems, 928 F.3d 1340, 1347 (Fed. Cir. 2019), the CAFC criticized the patentee because the “specification’s guidance as to how variables would or would not impact functionality was sparse.” While such guidance may not be possible in every case, patent prosecutors seeking broad functional claims can push their inventors in this regard and litigators can elect to assert claims most closely tied to such guidance.

If the CAFC reverses the trial judge’s non-enablement holding, the case could become a blueprint for functional claiming. That said, the enablement inquiry remains highly fact-specific and innovators will most likely continue to also include claims relying on novel structures as opposed to functions — and perhaps the claims suggested above.

These broadly claimed patents may be subject to several invalidity arguments. Nevertheless, in some cases, these patents may also pose a hurdle for biosimilar developers to overcome in patent litigation or to invent around, all of which creates uncertainty on the launch date of a biosimilar in the market.

As the CAFC continues to draw lines of demarcation regarding sufficient disclosure for skilled workers to practice claimed subject matter, biosimilar manufacturers may wish to consider whether to challenge patents before the Patent Trial and Appeal Board (PTAB). The America Invents Act created post-grant review proceedings (PGRs) that allow third parties to challenge patents issuing under the new first-to-file system within nine months of issuance, including based on lack of written description or enablement. The availability of section 112 challenges in PGRs does not appear to have created an incentive to pursue this pathway given the low number of PGR filings. The PTAB, however, may be best positioned to consider the evidence, such as expert testimony related to lack of enablement, given the conceptual nature of some of the science involved in biologics.

If reversal of non-enablement occurs, biosimilar manufactures will likely dissect the specifications of patents with broad genus claims to examine whether the same level of guidance taught by Amgen’s patents is present. Depending on the CAFC’s focus, challengers could zero in on whether asserted patents disclose a reasonably sized genus, representative structures, and/or an Amgen-type road map.