Genentech v. Amgen Federal Circuit Judgment: What Did We Learn? 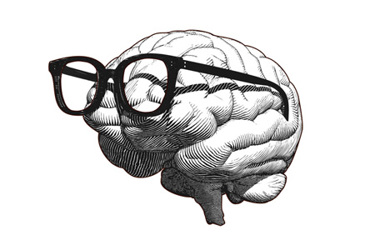 This two-part article series explores some of the unanswered questions raised in these two cases, starting with Genentech v. Amgen.

On May 15, 2018, Amgen provided Genentech with its Notice of Commercial Marketing (NCM) indicating Amgen’s intent to market Kanjinti, its biosimilar of Genentech’s Herceptin. In response, on June 21, 2018, Genentech filed a lawsuit against Amgen under the BPCIA alleging infringement of 10 patents. In April 2019, during depositions of decision makers at Amgen, Genentech discovered that Amgen was having internal discussions regarding a July 2019 launch of Kanjinti. Shortly thereafter, on June 13, 2019, the FDA approved Kanjinti. Less than a month later, Amgen notified Genentech of its intent to launch Kanjinti at risk. Two days later, Genentech filed an emergency motion seeking a preliminary injunction barring Amgen from marketing Kanjinti until after the district court case and all appeals were exhausted. The district court denied Genentech’s motion. Genentech appealed.

The district court denied Genentech’s motion because Genentech broadly “failed to establish irreparable harm.” Specifically, the court’s denial of the preliminary injunction was based on three distinct issues: (1) undue delay; (2) failure to establish irreparable harm; and (3) public interest. First, the court found that Genentech’s failure to bring the motion for preliminary injunction despite multiple events indicating that a launch was forthcoming was “contrary to the spirit and purpose of the BPCIA,” and demonstrated undue delay. The court also noted that during a prior discovery dispute hearing, Genentech argued that the court should rule in its favor because it was not seeking a preliminary injunction:

Notably, Genentech demonstrated its ability to avoid hurried motion practice in a related case involving the same patents and the same reference product but a different defendant. With Amgen, however, Genentech represented to the Court as recently as May 16, 2019 that it was not seeking a preliminary injunction.

Second, the court found that Genentech’s “pattern and practice of licensing the [at-issue patents]” demonstrated that “Genentech has been able to place a value on the patents,” and weighed against a finding of irreparable harm that could not be adequately compensated through money damages. Moreover, Genentech’s licensing agreements allowed competitors to enter the market shortly after the scheduled trial date, which was only four months away.

Third, the court found that “[f]or pharmaceutical drugs that prolong and save lives, there is a critical public interest in affordable access to those drugs” and noted that two of the four indications for Kanjinti were undisputedly non-infringing and were beneficial to cancer patients.

First, as discussed more below, the district court’s reliance on the reference product sponsor’s delay in finding no irreparable harm may further incentivize reference product sponsors to pursue preliminary injunctions shortly after receiving an NCM. With this in mind, a developer considering launching a competing product under the BPCIA should prepare for possible litigation of a request for preliminary relief at the time it provides the NCM. This likely would include ensuring that the company is prepared for expedited discovery—documents and witnesses with relevant information are readily available. Also, it likely would include beginning to assemble a record to defeat any request for preliminary relief—i.e., recruiting expert witnesses and beginning drafts of declarations that may be needed to support a developer’s case. Failure to tackle, or at the very least begin discussing, these questions would be to the developer’s detriment if caught off-guard by an aggressive reference product sponsor.

Second, and relatedly, a reference product sponsor should consider filing a motion for preliminary injunction shortly after receiving an NCM. The district court gave substantial weight to the fact that Genentech was aware that Amgen was preparing to launch soon, despite Genentech’s argument that Amgen had yet to make a definite launch plan. While the district court suggested that Genentech’s request for a preliminary injunction would have been timely if filed during the BPCIA’s 180-day period, there is little discussion as to when precisely Genentech’s conduct established undue delay. Given the Rule 36 affirmance, however, the Federal Circuit left open the question of when Genentech could have successfully moved for a preliminary injunction, i.e., when Genentech learned of Amgen’s intention to launch in July or when Amgen received FDA approval?

Absent direct guidance from the Federal Circuit, and given the affirmance of the denial of the preliminary injunction, the district court’s opinion provides guidance. The district court expressed concern that Genentech’s delay “engineered” the crisis necessitating the need for its emergency motion for a preliminary injunction. Had Genentech pursued a temporary restraining order in April, when it first learned of Amgen’s plan to launch in July, the court would have been more receptive to Genentech’s motion. Therefore, a reference product sponsor can likely bring a motion for preliminary injunction within the 180-day statutory waiting period after receiving the biosimilar’s NCM without risk of a court finding undue delay. If the reference product sponsor waits to file until after the 180-day period has elapsed and learns that the biosimilar has even tentative plans to launch, the reference product sponsor runs the risk of a court finding undue delay and hindering its ability to obtain a preliminary injunction.

Third, a reference product sponsor should evaluate its patent licensing strategy, especially the exclusivity provisions that allow for market entry of biosimilars at certain times. While Genentech’s licensing agreements did not include royalty provisions—which would have further supported the court’s decision that any damages would be quantifiable—the court noted that the licensing agreements allow most competitors to enter the market shortly after the scheduled trial. Without much discussion, the district court found that “any potential damages for sales in the next four months should be quantifiable.” Accordingly, a reference product sponsor seeking a preliminary injunction should consider the timing of entry of its licensees when evaluating its probability of obtaining a preliminary injunction against future biosimilars.

In Part 2, we will review the Federal Circuit’s Rule 36 judgment in the Janssen v. Celltrion BPCIA case.

John Bennett, a partner in Goodwin’s IP Litigation Group, has tried high-stakes disputes involving intellectual property and complex technology for 20 years. He has represented both plaintiffs and defendants in numerous patent cases related to the life sciences, including disputes under the Hatch-Waxman Act and the Biologics Price Competition and Innovation Act. Bennett’s engagements have included trial representation before various federal courts and the Patent Trial & Appeal Board, appellate representation before the Federal Circuit and other courts of appeal, and work on numerous patent and trade secret cases involving a variety of technologies. He earned his B.A. from Dartmouth College and his J.D. from Boston College Law School.

Brian Drummond is a partner in Goodwin’s IP Litigation group and focuses on patent matters, with a concentration on pharmaceuticals and biotechnology. He is an editor and contributor to the firm’s award-winning biosimilars blog, Big Molecule Watch, and its recently published Guide to Biosimilars Litigation and Regulation in the U.S. (Thomson Reuters, 2019).  Drummond has participated in all phases of patent litigation, including pre-suit investigations, fact and expert discovery, and several trials (district courts and Federal Circuit). He has been involved in inter partes review proceedings and also counsels clients regarding litigation strategy.

Kline Haydel-Moore is an associate at Goodwin Procter LLP, focusing on patent matters. He has prepared and drafted various presentations and articles relating to the life sciences and agri-tech industries. Kline has assisted in the representation of parties in various phases of patent litigation, including pre-suit investigations, fact and expert discovery, and trial.