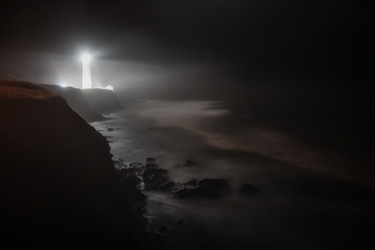 On Feb. 6, 2019 the Department of Health and Human Services (HHS) officially proposed the rebate rule known as the “Fraud and Abuse; Removal of Safe Harbor Protection for Rebates Involving Prescription Pharmaceuticals and Creation of New Safe Harbor Protection for Certain Point-of-Sale Reductions in Price on Prescription Pharmaceuticals and Certain Pharmacy Benefit Manager Service Fees.” The proposed rule would end the “safe harbor” provision under the Anti-Kickback statute for rebates paid to pharmacy benefit managers (PBMs) by manufacturers after the point of sale for a prescription drug. It would then create a new protection aimed at helping patients by giving the patient a discount at the point of sale.

One major question is: Will this weaken the rebate trap that biosimilars often find themselves in? Currently, innovators of biologics could simply give a PBM volume-based rebates to “pay” for formulary position to either restrict a biosimilar from the formulary or to increase the price of a biosimilar to discourage its use and encourage use of the biologic. We saw this very practice play out in 2017 when Pfizer sued J&J, and in that the suit alleged “J&J’s exclusionary contracts and other anticompetitive practices have denied U.S. patients access to therapeutic options and undermined the benefits of robust price competition in the innovative and growing biologics marketplace for patients. It further claims that J&J’s systematic efforts to maintain its monopoly in connection with Remicade (infliximab) by inappropriately excluding biosimilar competitors violates federal antitrust laws and undermines the principal goals of the federal Biologics Price Competition and Innovation Act (BPCIA).1 Theoretically, the proposed rule will change this, but the question is whether more needs to be done to prevent using rebates in any way to skirt the intent of the law to discourage greater utilization of biosimilars.

With a change this monumental to reimbursement, which is the lifeblood of the healthcare industry, there are bound to be questions. Theoretically, the proposal envisions a system where plans will negotiate with each manufacturer for an up-front discount price reflected at the pharmacy when the patient fills the prescription. This approach would eliminate rebates and hidden spreads that have been financially detrimental to pharmacies and patients.

A major concern I had upon originally reading the rule was that of timing. The proposed rebate rule states the proposal to end the safe harbor for rebates will go into effect as early as Jan. 1, 2020. Would that be enough time to for the plans to transition their reimbursement strategies and, on that note, would plans retaliate against the rule by offsetting their losses with higher patient premiums? CMS attempted to answer this question in an April 5, 2019 bulletin, when it issued “Guidance Regarding Part D Bids.” The guidance offers a two-year “soft landing” transition for Medicare Part D plans that would essentially backstop plan losses resulting from the proposed rule, while also guarding against the possibility of higher patient premiums. To illustrate this point, CMS specifically stated:

“If there is a change in the safe harbor rules effective in 2020, CMS will conduct a demonstration that would test an efficient transition for beneficiaries and plans to such a change in the Part D program. The demonstration would consist of a modification to the Part D risk corridors for plans for which a bid is submitted…Participation in the two-year demonstration would be voluntary and plans choosing to participate would do so for both years. Under the demonstration, further guidance regarding the application process would be provided at a later date.”2

While I am relieved to see that CMS is attempting to be proactive about potential unintended consequences regarding the rebate rule, in that insurers may raise premiums, in my opinion it may make for a stronger and more sustainable policy not to have this CMS proposed guidance be voluntary. A voluntary program could run the risk of having nonparticipating payers possibly raise premiums without CMS deterrence. Hopefully, CMS will take this into account as this proposed rulemaking progresses.

In sum, the proposed rule does show promise for what a world without rebates could look like. However, the supply chain is complex, and I am sure that once we see the comments come in, there will be plenty of scenarios that interested stakeholders will address that will cause many to rethink how to further strengthen this proposal. For example, it would be helpful to know how value-based contracting will fit into this or if pharmacies will face further reimbursement pressures due to payers not being able to benefit from spread pricing. One thing is for certain: The debate around drug pricing is not slowing down, and it remains to be seen if this is the silver bullet that will end high drug prices. However, something must be done, and this may be a necessary first step to ensuring continued and uninterrupted patient access to outcome-improving medications such as biosimilars.

Ronald W. Lanton III, Esq., has over 25 years of experience in government affairs at the municipal, state, and federal government levels, with 15 years dedicated to the healthcare sector. He is currently the executive director and head lobbyist at Frier Levitt Government Affairs, LLC and senior counsel at Frier Levitt. He frequently consults Wall Street firms on financial issues related to the healthcare sector. Lanton is a featured industry speaker on issues such as pharmaceutical safety and healthcare cost-containment, and he has authored numerous articles regarding pharmacy and healthcare law. He earned a bachelor’s degree from Miami University and a juris doctorate from The Ohio State University. He is also the chair of the Biologics Committee for the New York Bar Association.