A conversation with Subir Basak, management consultant and executive advisor

Although the biosimilar space is still growing and evolving in the U.S., it is comparatively well-established in India. According to the Generics and Biosimilars Initiative (GaBI), the first “similar biologic” was approved and marketed in India in 2000 — some 15 years before the U.S. approved its first biosimilar. India also has a much more mature biosimilar manufacturing ecosystem and regulatory environment than most other parts of the world. As such, the country can provide valuable lessons about what it takes to establish a thriving biosimilar market in terms of accessibility, competition, regulatory strategy, and other facets.

For a deeper dive into the Indian biosimilar space, Biosimilar Development posed a series of questions to two industry experts. In the first Q&A, we heard from Amy Duval, senior director of biosimilars at Decision Resources Group (DRG). In this installment, management consultant and executive advisor Subir Basak details the evolution of the Indian biosimilar market, explains how competition impacted market growth, and shares lessons biosimilar developers can apply when entering other emerging markets.

Are there any particular lessons about biosimilar competition or market dynamics that can be ascertained by looking at India’s biosimilar market? 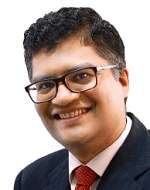 Subir Basak: India’s biosimilar market has developed rapidly over the last 10 years. Historically, most Indian drug makers have been small-molecule generic manufacturers, and increasing competition in the global generics space over the last five years has forced them to differentiate. This transformation essentially required four ingredients: a new mindset and vision, talent acquired from the biotech industry in the developed markets, R&D technology, and a willingness to invest in world-class infrastructure and take risks. Several generics companies entered the biosimilar area, including Dr. Reddys, Ranbaxy, Sun Pharma, Lupin, Glenmark, Biocon, Strides Shasun, Alkem Laboratories, Zydus Cadila, and Reliance Life Sciences. However, very few have been able to create scale and a roadmap for significant market share in the growing biosimilar field. Notably, the top biosimilar players in India today, with double digit growth rates, are Intas on the biosimilar products side, and Syngene’s Biologicals vertical on the services side. These companies had a long-term vision, superior talent, commitment to R&D investment, high-quality products, and a willingness to assume risk. As a result, they claimed first-mover advantage in the space, kept innovating and developing new products, and forged global alliances for technology and commercialization.

Do any of these lessons apply to biosimilar markets in other nations? How so?

Basak: Yes, the lessons from India can be applied in other nations, particularly emerging markets. Biologics in developed markets are very expensive, with annual treatment costs reaching $500,000 per patient. This is virtually impossible for the patient populations to afford, and thereby creates an opportunity to harness the local industry and operating environment to develop biosimilars. There is great demand for biosimilar products in emerging markets, which allows for earlier entry and launch, more affordable pricing, and greater access to patients and the medical community. For example, Turkey, Argentina, South Korea, and Russia/CIS (Commonwealth of Independent States) have sustained strong biosimilar markets for many years. Other nations such as Vietnam and Taiwan are moving in the same direction. India and Malaysia are forging an alliance for biosimilars, both in the government and the private sector.

There are several key factors in the success of these companies. They developed case studies for diagnosis and treatment, giving medical doctors and prescribers more confidence in biosimilars. They also conducted comparator studies — both in vivo and in vitro characterization studies — to demonstrate safety and efficacy with local populations. They employed top prescribers and local key opinion leaders (KOLs) as consultants to design these trials and increase confidence in biosimilars in the minds of the medical and patient communities. They also engaged global KOLs, including some from top U.S. and EU medical associations, to train local doctors and have meaningful exchanges about clinical practice in both the global and local context. Several local thought leaders had completed medical internships or fellowships in the U.S. or EU, which led to a tremendous amount of comfort on all fronts.

Process science as part of the R&D played an important role in product characterization and monitored the key critical product attributes from a process development and quality standpoint. The utility of quality by design (QbD) principles, along with statistical analysis, played a key role in ensuring superior product quality. This required experienced talent to plug and play. The companies that recruited top talent and valued experience and training greatly benefited from faster adoption and higher success rates.

What impact has biosimilar competition had on market access in India?

Basak: There has been a huge impact on market access, with a 10- to 50-fold increase in patient populations benefiting from biosimilars. The monoclonal antibody (mAb) category was dominated by a monopoly of innovator companies in India Some mAb innovator products would cost $10,000 to $100,000 per year, restricting access to a few hundred patients. Medical guidelines from the American Society of Clinical Oncology (ASCO) and other medical associations did not allow for mAb use in clinical practice in India, due to the huge gaps in access and affordability. First-line treatment in the U.S. did not translate to India. In a country with a population of over 1 billion people, this was truly unfortunate.

Biosimilars changed this scenario dramatically. For example, rituximab was one of the first biosimilar mAbs developed in India, and the reduced price (10 to 20 percent initially) caused the market to increase by at least 10x to 20x within a few years, benefitting tens of thousands of patients. Intense biosimilar competition  (with three to five biosimilars on the market for each product) has put pressure on manufacturers to compete on quality, validated clinical trial outcomes, and large product portfolios. As a result, the market has grown very rapidly, and their compliance with clinical guidelines is in line with global norms. Significant improvement in clinical outcomes has been reported by various superspecialty medical segments, including oncology, immunology, rheumatoid arthritis, and metabolomics. Overall, biosimilars have produced an enormous impact from a health economics perspective.

Subir K. Basak is a management consultant and executive advisor to the biotech, pharmaceutical, life sciences, and medical device industry, with an avid interest in innovation, global strategy and operations, trends, and markets. He helped launch the first biosimilar product in the EU and emerging markets in Latin America, Southeast Asia, Europe, and parts of Middle East and North Africa region. Subir holds an MBA from the Kellogg School of Management (Northwestern University), an M.S. and Ph.D. from Purdue University, and a B.E. from the Indian Institute of Technology (IIT) Roorkee. He was a Merck Fellow and also received advanced management education from the Wharton School of Business.