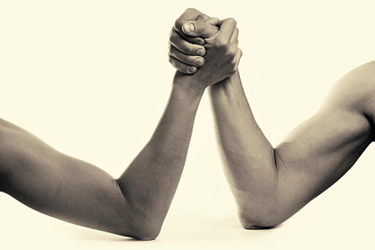 Over the past decade, patent reform has been an area of emphasis for Congress, with the passage of The America Invents Act of 2011 (AIA) and, more recently, the filing of a revised version of the STRONGER Patents Act in July 2019. The STRONGER Act focuses on post-grant validity proceedings, injunctive relief, and the continuing problem of patent trolls and their negative effect upon the patent system. In addition, the act addresses concerns by the patent community that the ubiquitous nature of post-grant proceedings — an unintended consequence of the AIA — has resulted in a weakened U.S. patent system that threatens the country’s edge in innovation and the economic benefit that flows from such innovation.

Sen. Chris Coons (D-Del.), who co-sponsored the STRONGER Act along with Reps. Steve Stivers (R-Ohio) and Bill Foster (D-Ill.), suggests that it has been frustrating to inventors that patents, despite being examined and approved by the U.S. Patent and Trademark Office (USPTO), are subject to repeated challenges as a result of the administrative proceedings that came about upon the passage of the AIA. In an article he co-authored with Rep. Stivers for The Hill, Sen. Coons suggested that the AIA’s “administrative proceedings to resolve these challenges were supposed to be faster, cheaper, and more efficient than the court system, but they don’t apply the same standards as courts.”

The AIA provides administrative proceedings, including inter partes review (IPR) and post-grant review (PGR), that permit third-party challenges to patent validity before the U.S. Patent Trial and Appeal Board (PTAB). These administrative proceedings allow a lower burden of proof on invalidity than district court litigation, along with their accelerated schedules and limited discovery. Because of the relatively low cost to patent challengers, PTAB proceedings have become pervasive in patent litigation as a strategic approach for defendants in patent disputes. While the U.S. Supreme Court upheld the constitutionality of IPRs in 2018, the patent bar remains unconvinced as to the benefits of these administrative proceedings within the patent system. In a press release announcing the reintroduced STRONGER Act, Sen. Coons reasoned “that U.S. patents have become too difficult to enforce and too unreliable to justify critical investments in emerging technologies.”

This uncertainty surrounding issued patents caused by the AIA’s post-grant proceedings have caused a significant shift in patent strategies concerning pharmaceuticals and biologics. In turn, firms have begun implementing  multiple patent filings, an act which has drawn criticism among different stakeholders. For instance, former FDA Commissioner Scott Gottlieb tethered the rising price of biologics to the proliferation of patents attached to them as the reason for the escalating prices for biologics. During a speech he made at the Brookings Institution in July 2018, announcing the FDA's Biosimilars Action Plan, Gottlieb criticized “patent thickets” for brand-name biologics that “were purely designed to deter the entry of approved biosimilars.” Similarly,   the chief critics of the STRONGER Act appear to be academics, who submitted a letter to Congress suggesting that the IPR system is “a robust and efficient check on patent validity, and has had a positive impact across industries, including high-tech, Main Street, and pharmaceuticals, where invalid patents can keep drug prices high.” However, many others argue that these patent strategies have been a direct response to the flaws in post-grant proceedings brought about by the AIA.

The following sections will explore several of the main tenants of the STRONGER legislation, which biologics and biosimilar makers should be aware of, as the IPR currently remains a critical part of patent litigation today.

These proposed changes in evidentiary standards would no longer allow petitioners the existing AIA benefit of challenging patents without having to overcome the “presumption of validity” and to provide proof of unpatentability of an issued patent claim by “clear and convincing evidence” — both standards that are required in district court litigation.

Persons Who May Petition

The STRONGER Act further proposes amendments to 35 U.S. Code (USC) section 311 that would only permit PTAB challenges by parties who have been “sued for infringement of the patent; or charged with infringement under the patent.” This change would prevent public interest groups from attacking issued patents where no real party in interest is sued or an actual threat of suit is received. While arguably this undercuts one of the principle reasons for the passage of the AIA, and is perhaps the reason for academic criticism, it is an attempt to restore balance and certainty to the patent system.

The STRONGER Act also proposes amendments to 35 USC section 314(a) that would prohibit an IPR from being instituted on a patent claim challenged in a petition if a PTAB challenge previously has been the subject of an IPR or PGR with respect to that claim. This provision of the STRONGER Act removes the repetitive and harassing attacks on patents by dramatically limiting the review power of the USPTO and preventing continued attacks on a patent claim that has benefited from prior review in a post-grant proceeding. Additionally, the proposed changes under the STRONGER Act prohibits the granting of an IPR unless the USPTO determines that “the information presented in the petition filed under section 311 and any response filed under section 313 show that there is a reasonable likelihood that the petitioner would prevail with respect to at least one of the claims challenged in the petition.” This change would prevent frivolous post-grant proceedings that have little likelihood of success, thereby reducing, in combination with 314 (a)(2), unlimited repetitive petitions that have no merit or possibility of success. A patent claim that survives a first IPR is barred from subsequent reviews even in the event of new prior art or evidence that is uncovered by the first petitioner or even a new petitioner.

Importantly, the STRONGER Act includes a section granting precedence to district courts and the International Trade Commission (ITC) that have entered final judgement concerning the “validity of the patent claim with respect to 35 USC sections 102 or 103 and from which an appeal under section 1295 of title 28 may be taken….” The USPTO will be barred from authorizing a post-grant petition if a final judgement has been entered regarding the validity of the patent claim at issue. As a result of this proposed change, it would appear that district court judges may not be inclined to stay district court proceedings in favor of post-grant proceedings.

An extremely important provision contained within the STRONGER Act for the pharmaceutical and biotech industries is one that relates to injunctions for patent owners who have successfully proven infringement and who have withstood challenges to their patents. Under section 106 of the STRONGER Act, title 35 would be amended to add a new 35 USC 283(b) that would restore the presumption of injunctive relief upon a finding that a patent is both valid and infringed. If this provision is enacted, it would essentially overrule the U.S. Supreme Court’s decision in eBay v. MercExchange, 547 U.S. 388 (2006) and force courts to recognize once again the importance of the exclusivity of a patent grant.

Additionally, under the provisions of the STRONGER Act, sending bad-faith patent demand letters would be considered an unfair or deceptive act or practices as defined by the Federal Trade Commission (FTC). The bill would further preempt any state law expressly relating to the transmission or contents of communications relating to the assertion of patent rights and vest the rights to the FTC. Interestingly, the STRONGER Act, despite this preemption language, does allow any state attorney general who believes that the residents of the state have been adversely affected by a violation of the STRONGER Act to commence action against these unfair and deceptive practices.

If passed, the STRONGER Act  requires new strategies for the use — or perhaps the non-use — of post-grant proceedings. Under the proposed changes, it would appear that patents challengers may opt for federal court litigation in the first instance rather than attempting to challenge patent validity in an abbreviated IPR/PGR proceeding, where the standard of proof and the presumption of validity would be that of the federal courts. Patent challengers should understand that any adverse decision in a post-grant proceeding would greatly limit its future rights to further litigate the matter before federal courts. Under the STRONGER Act, if an IPR petition is instituted for a patent claim at issue, the petitioner may not challenge that claim in a district court or ITC proceeding on any anticipation or obviousness grounds based on patents or printed publications.  While post-grant proceedings may be abbreviated and thus cheaper, sometimes cheaper is more expensive in the end.

John Serio is a partner in the intellectual property and life sciences groups at Burns & Levinson in Boston, where he also chairs its Food & Drug Law practice. He focuses on intellectual property related to biotechnology, pharmaceuticals, medical devices, chemistry, healthcare, and analytic scientific equipment. His practice involves the prosecution of patents, right-to-use and patentability opinions, patent litigation, and licensing of technology. He has extensive experience in FDA regulatory issues. Reach him at jserio@burnslev.com.