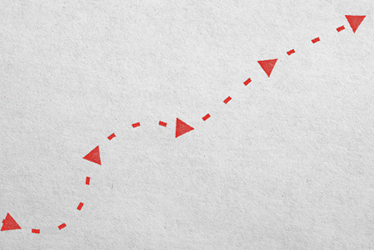 A variety of stakeholders including the FDA, Congress, hospitals, and consumers are in agreement — biosimilars have not penetrated the market as expected. By our count, 18 biosimilars have been approved by the FDA since the passage of the Biologics Price Competition and Innovation Act (BPCIA), but only seven have come to market. Over the past year, a number of governmental bodies have focused on this issue and how to remedy it.

One such governmental body is the Department of Health and Human Services (HHS). On May 16, 2018, HHS released its “Blueprint to Lower Drug Prices and Reduce Out-of-Pocket Costs.”1 The blueprint identified rising prices of both small molecule drugs and biological products as an issue primarily affecting consumers. The blueprint identified four tasks to achieve the goals stated in its title: (1) improving competition, (2) improving negotiation, (3) creating incentives for lower list prices, and (4) lowering out-of-pocket costs. Some of the proposed efforts overlapped with previous initiatives, such as curbing the misuse of Risk Evaluation and Mitigation Strategies (REMS) programs to prevent generic drug developers from obtaining access to brand drugs for use in development. Many of the proposed efforts related to changes to Medicare negotiations with drug companies, for instance pricing or covering the same drugs differently across indications, or ending the Part D prohibition on pharmacists telling patients when they can pay less out-of-pocket than using their insurance.

The Federal Trade Commission (FTC) has also taken notice of the slow market entry of U.S. biosimilars. Shortly after the release of the blueprint, on July 16, 2018, the FTC issued a statement echoing the importance of the need for lower prices and improved competition for biologics. To foster biologics competition, the FTC recommended the FDA take certain steps: “(1) continue to create a pathway for expedited approval of interchangeable biologics; (2) reconsider the current naming guidance for biologics in light of the Blueprint; and (3) improve the Purple Book.” The FTC noted the FDA’s final regulations on requirements for interchangeable biosimilars will have a significant impact on availability and lower pricing for consumers because interchangeable biosimilars facilitate automatic substitution at pharmacies. Relatedly, the FTC observed that the FDA final guidance requiring a four-letter suffix for biosimilars hinders biosimilar prescriptions because it may suggest to physicians that there is a clinical difference between branded biologics and biosimilars. In addition, the FTC noted that the Purple Book, which identifies approved biologics and any exclusivity period associated with them, could be enhanced by adding key information found for small molecules in the Orange Book, such as the identification of patents providing protection.

The FDA has similarly identified actions it believes will facilitate the approval and market availability of U.S. biosimilars. In July 2018, the FDA announced its Biosimilars Action Plan (BAP), which set forth 11 action items including final or revised draft guidance on biosimilar product labels and demonstrating interchangeability, enhancement of the Purple Book, and future coordination with the FTC to address anticompetitive behavior.2 In its BAP, the FDA noted it would work with Congress to “close any loopholes” that delay biosimilar entry beyond the exclusivity period provided by statute. Like HHS, the FDA is focused on the misuse of REMS and the consequences for biologic drug sponsors that refuse to sell samples or use other anticompetitive strategies to delay the entry of biosimilar or interchangeable development and competition.

Patent settlements involving biosimilars have been another area of governmental focus. BPCIA patent litigation has been very active, and in the past year, a number of these actions have been resolved through settlement. Until recently, BPCIA patent settlements have not been subject to the same requirements of the FTC and Department of Justice (DOJ) submission, in contrast to the settlement of actions under the Hatch-Waxman Act. On Oct. 10, 2018, the Medicare Modernization Act of 2003 was amended to include FTC and DOJ review of biosimilar settlements for anticompetitive conduct.3 On Jan. 14, 2019, the U.S. House of Representatives’ Committee on Oversight and Reform announced it had sent letters to 12 drug companies seeking information on pricing practices, including for biologics Humira, Enbrel, and Lantus.4 And on Feb. 5, 2019, Sen. Patrick Leahy reintroduced the Creating and Restoring Equal Access To Equivalent Samples Act, which would give eligible small molecule and biological product developers the right to bring civil action against a drug sponsor that does not provide “sufficient quantities of the covered product to the eligible product developer on commercially reasonable, market-based terms.”5

It is hard to say which of these government bodies will make the most headway to facilitate biosimilar market penetration. What is clear is that there has been significant focus on the issue by a number of different governmental stakeholders, and lowering drug prices appears to have bilateral support. History may provide some guidance on effective tools for fostering competition and lowering prices. As the FDA’s BAP noted, the Hatch-Waxman Act has provided extraordinary savings — more than $1 trillion, and $265 billion in savings in 2017 alone.

Should BPCIA Embrace Some Lessons From Hatch-Waxman?

Given recent trends in increased biosimilars oversight, it would not be surprising if biosimilar developers invite a reassessment of the BPCIA framework. There are two marked departures from the Hatch-Waxman framework for biosimilar development under BPCIA: (1) the absence of a first-filer exclusivity for biosimilar applicants, and (2) the absence of a listing of all patents covering a biologic product in the Purple Book. While the BPCIA provides exclusivity for the first interchangeable biosimilar,6 no biosimilar product has been approved as an interchangeable.7 And as noted above, the FDA has yet to issue final guidance on what will be required to demonstrate interchangeability. Thus, to date, the benefits of interchangeability have not been realized for biosimilars. It is worth considering whether a 180-day first-filer exclusivity even for noninterchangeable biosimilars, akin to that provided for a generic small molecule under the Hatch-Waxman Act, might increase the incentives for biosimilars to litigate patent disputes to completion. The FTC and FDA have decades of experience with such exclusivity and could apply that knowledge and lessons learned to biosimilars.

Second, as noted by the BAP, further enhancements to the Purple Book might facilitate biosimilar developers. The FDA may be willing to reconsider its role in providing a central database for patents covering biologics to provide clarity for biosimilar applicants. That certainty would also facilitate the decision to pursue a biosimilar product in the hopes of obtaining interchangeable exclusivity. This approach has support in Congress — on March 6, 2019, a bipartisan group of senators introduced the Biologic Patent Transparency Act. This proposed law would make the Purple Book more like the Orange Book, and require the FDA to list all patents covering a product, among other information.

Tractable initiatives like curbing REMS misuse, review of patent settlements, and clear FDA guidance are laudable, but it is worth governmental agencies revisiting the lessons learned from the Hatch-Waxman Act, which may shed some light on other means of fostering the growth of the U.S. biosimilar market.

Elaine Blais and Nicholas Mitrokostas are partners, and Khurram Naik is an associate, in Goodwin’s pharmaceutical patent practice. They are editors of the firm’s award-winning Big Molecule Watch blog.