Insulin Under The BPCIA: Opportunities And Obstacles 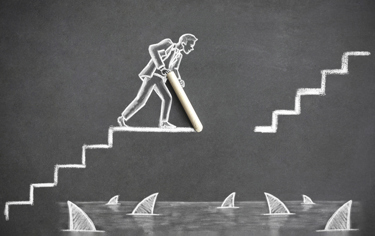 Insulin is a protein that has been regulated as a small-molecule drug. As of March 23, 2020, however, insulin now falls under the Biologics Price Competition and Innovation Act of 2009 (BPCIA). This regulatory shift presents both new opportunities and new obstacles for developers of follow-on insulin products. These developers will no longer face a 30-month approval delay if their submission of a follow-on application to the FDA leads to patent litigation, and they will have greater control over the scope of that litigation. But they will also face greater uncertainty regarding the patents they must avoid, the timing of patent litigation, and, most significantly, a substantially longer period of non-patent exclusivity. These burdens outweigh the benefits of the new regulatory framework.

For decades, the FDA approved new insulin products under the Federal Food, Drug, and Cosmetic Act (FD&C Act) as New Drug Applications (NDAs). Congress enacted the Drug Price Competition and Patent Restoration Act, also known as the Hatch-Waxman Act, in 1984. It provided two abbreviated pathways for approving follow-on products: “ANDAs” for bioequivalent, “generic” drugs, and the “505(b)(2) NDA” pathway for new drug products that rely on data not developed by the applicant. A number of protein-based drugs, including insulin, fell within Hatch-Waxman’s ambit.

Biologic drug products are approved under the Public Health Service Act as Biologics License Applications (BLAs). Biologics include proteins, which have recently been defined as “any alpha amino acid polymer with a specific, defined sequence that is greater than 40 amino acids in size.”1 The BPCIA provides for approval of originator BLAs under Section 351(a). Follow-on biologic products, designated as either biosimilars or interchangeables, are licensed under Section 351(k) of the BPCIA.

Both the BPCIA and Hatch-Waxman provide procedures by which originators and follow-on developers can address patent issues relatively soon after a follow-on application is submitted to the FDA. Each side benefits from pre-launch resolution of patent disputes.3 An originator who successfully asserts a valid patent claim can secure an injunction preventing the follow-on developer from launching its product. In the ordinary patent case outside of the BPCIA and Hatch-Waxman contexts, a patent owner only becomes aware of a competing, infringing product after that product has come on the market. The patent owner can try to recover damages, including lost profits on sales made by a competitor, but lost profits for patent damages is subject to relatively strict proof. With a pre-launch injunction that is available in both BPCIA and Hatch-Waxman litigation, the originator/patent owner avoids harm to its market position.

A follow-on developer also benefits from a pre-launch determination of any patent infringement liability. A follow-on product is typically sold at lower prices and is less profitable on an incremental basis than the originator’s product. An originator’s post-launch damages claim for lost profits might dramatically exceed the follow-on developer’s revenues from sales of the infringing product. Under both the BPCIA and Hatch-Waxman, a follow-on developer can hope to obtain a favorable district court decision that gives it substantial assurance that if it does launch, the risk of facing catastrophic patent damages is low. Conversely, if the originator prevails, the developer loses its investment in the production but avoids paying damages.

The BPCIA provides advantages to follow-on insulin developers in pre-launch patent litigation relative to their options under the Hatch-Waxman Act. Most importantly, those companies will no longer be subject to automatic 30-month stays preventing them from launching their follow-on products.4 Assuming that they have provided notice of commercial marketing, waited out the requisite six-month post-notice period specified in the BPCIA, and avoided an injunction, follow-on developers can decide for themselves when to launch their products post-licensure.5 And in fact, nine out of 15 follow-on biologics that have launched since the BPCIA’s enactment have done so without obtaining a final court decision.

The BPCIA’s framework for patent litigation also offers a more subtle advantage for follow-on developers: more strategic options. Unlike in Hatch-Waxman litigation, the follow-on developer can control the number and to some extent the identity of the patents an originator can assert in early-stage patent litigation.6 The developer can choose to litigate just a few patents at first, controlling its up-front litigation costs. This strategy is particularly attractive where the FDA licensure remains a distant prospect. Or, the developer can serve its notice of commercial marketing at an early stage and seek to trigger an early battle over whether the originator is entitled to injunctive relief. This strategy allows the developer to get an early read on its likelihood of ultimately prevailing on the patent merits.7

The BPCIA framework also presents new obstacles for follow-on insulin developers. They have less certainty regarding the universe of originator patents they need to avoid. Under Hatch-Waxman, originators were required to list in the publicly available “Orange Book” the patents that they reasonably believe follow-on insulins would infringe. The BPCIA has no such requirement.8 Although insulin developers should be able to identify the universe of relevant patents through a thorough landscape search, they nevertheless will not have the certainty that they had under Hatch-Waxman.

In addition, follow-on insulin developers face greater uncertainty about when litigation will commence. Before the switch to the BPCIA, originators had 45 days to bring a patent infringement suit after receiving a follow-on developer’s “Paragraph IV” certification that the developer’s product would not infringe any Orange Book-listed patent. Now, follow-on developers can choose to engage in the patent dance, a series of information exchanges and disclosures that can last more than eight months before litigation starts. And if developers do not participate in each step of the patent dance, they lose their ability to file suit themselves. Instead, the originator chooses the timing and scope of the litigation.

But the most significant new obstacle follow-on developers face is the length of non-patent exclusivity originators enjoy under the BPCIA. Under Hatch Waxman, an originator’s new product is entitled to a minimum of three years of exclusivity. For products comprising new chemical entities, that exclusivity extends to five years. Orphan drug and pediatric exclusivities can extend that exclusivity up to another two years.

A silver lining for some follow-on developers is that, according to the FDA, insulin products that were deemed to be licensed on March 23, 2020 are not entitled to any portion of the 12-year exclusivity afforded under the BPCIA and, in fact, lose any remaining exclusivity they had under the Hatch-Waxman Act.10 Tresiba and Soliqua 100/33 are two examples of insulins that had remaining Hatch-Waxman exclusivity as of March 23, 2020.11 So, unless a court finds that the FDA’s interpretation is contrary to law, developers could potentially bring follow-on versions of those insulins to market earlier than they could have under Hatch-Waxman.

Nevertheless, developers looking to market follow-on versions of insulin products approved going forward will need to wait at least 12 long years before they can launch. The benefits that moving to the BPCIA offers pale in comparison to the burden that follows from a 12-year exclusivity period.

Ted Mathias is a partner at Axinn who focuses on trying patent cases. In the last two years, he tried two cases to judgment and served as lead counsel in a case involving 33 patents that settled favorably on the eve of trial. Mathias has litigated patent cases and handled successful appeals to the Federal Circuit in the areas of medical devices, pharmaceuticals, mechanical devices, e-commerce, and software. Clients frequently turn to him for guidance on patent remedies and competition issues that arise in connection with patent disputes.

Stacie Ropka, Ph.D., is a partner at Axinn. Her practice focuses on intellectual property litigation, due diligence, and client counseling, with an emphasis on the life sciences. Ropka’s experience includes extensive counseling for product development efforts relating to biologics and reconstructive biomaterials, including products that utilize adult stem cells. Prior to attending law school, she held a faculty position at SUNY Upstate Medical University, where she  spent many years as a research scientist in the fields of neurology, virology, and immunology.