IPR For Biosimilars: Examining The Benefits And Drawbacks 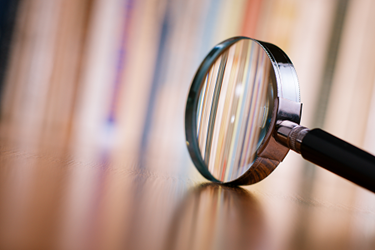 The America Invents Act (AIA), enacted by Congress in 2011, brought “the most sweeping statutory changes to patent law in over half a century.”1 The new laws made a number of changes, but none has had a greater impact to the U.S. patent system than the creation of Inter Partes Review proceedings (IPRs), which are administrative proceedings at the U.S. Patent & Trademark Office (USPTO) in which the validity of patents can be challenged.

Prior to IPRs, litigants primarily challenged the validity of patents in lawsuits in federal district courts. Patent lawsuits are not only lengthy and expensive, but it is difficult to invalidate patents in court for many reasons, including the fact that patents are presumed valid in court proceedings. The USPTO had proceedings called reexaminations for challenging patents, but they suffered from being lengthy and ineffective at invalidating patents due to rules that restricted the participation of patent challengers.

The drawbacks of prior proceedings for challenging patents were solved by IPRs, which are now the fastest, most economical, and most effective way to invalidate a patent.

The combination of speed, economy, and effectiveness has made IPRs highly popular among patent challengers. More than 7,000 IPR petitions have been filed since 2012.5 IPRs have had a drastic impact on the landscape of patent enforcement. The number of patent lawsuits filed has dramatically dropped from more than 6,000 in 2013 to less than 4,000 in 2018.6

One unique aspect of pharmaceutical patents is that the majority of pharmaceutical patent litigation between brand and generic companies is governed by specific rules and procedures. Certain patents related to small molecule drugs are governed by the Hatch-Waxman Act, and certain patents related to biologics are governed by the Biologics Price Competition and Innovation Act. Given the relative speed of IPRs when compared to litigation under either act, an IPR may allow a generic or biosimilar maker to determine the strength of patents earlier in the process. In addition, generic and biosimilar makers can choose both paths. More than 90 percent of the Hatch-Waxman related patents that have been challenged with IPRs have been involved in a co-pending patent suit.8 Accordingly, defendants in pharmaceutical patent cases are attacking patents in multiple forums. These dual-track invalidity attacks have caught the attention of Senator Orrin Hatch, who has proposed a bill that would force generic or biosimilar developers to choose either the IPR proceeding or a lawsuit for challenging a patent.9

Although IPRs offer benefits for patent challengers, there are some aspects of the proceedings that can work in the favor of patent owners. Once an IPR is completed, the legal doctrine of estoppel prevents the patent challenger from challenging the validity of the patent on any grounds that were, or reasonably could have been, brought in the IPR. The practical effect of the doctrine is that if a patent survives an IPR, it is substantially strengthened because the patent challenger will have limited defenses to use in court if they are sued for patent infringement. Accordingly, a party that decides to challenge a patent with an IPR must ensure that the patent is thoroughly attacked with the strongest and soundest arguments. A weak or defective IPR challenge could have the effect of preventing the challenger from making stronger arguments in the future.

Another aspect of the estoppel doctrine that is being watched with interest in the pharmaceutical industry is whether it should apply in the event a patent challenger is successful with an IPR. The issue can arise in a scenario where a generic or biosimilar is simultaneously challenging a patent in an IPR and in court. If the IPR challenge is successful, the patent owner may appeal the decision, but if the court trial occurs prior to the appeal, the question is whether the challenger can use the successful IPR arguments in court to defend itself. There is a dispute among some courts on whether the answer is yes10 — a question that may be resolved soon by an appellate court.11 The answer could have substantial practical consequences, for example, in Hatch-Waxman litigation, where a court judgment of invalidity could lead to faster FDA approval of a generic drug. If the generic is not allowed to make its successful arguments, its drug approval could be delayed until after the IPR appeal is resolved.

Additionally, when a generic company involved in Hatch-Waxman litigation successfully invalidates a patent in court, the decision can lead to that generic obtaining earlier FDA approval to enter the market. But due to Hatch-Waxman rules, if that generic company were to instead invalidate the patent in an IPR, the decision would have to survive an appeal before leading to an earlier FDA approval. In this circumstance, a generic may prefer a court challenge.

Another consideration for patent challengers is that innovator pharmaceutical companies typically have numerous patents covering a drug. With a large number of patents, it may be that only some are good candidates for an IPR challenge because others may be more susceptible to defenses that are not available in an IPR proceeding. A pharmaceutical company that files IPRs may often find itself challenging patents in multiple forums and not realizing the full efficiencies and cost savings of the IPR process.

Given the potential drawbacks, some generic and biosimilar makers could elect to avoid the IPR proceeding for a given drug. Whether IPRs are the right choice will depend on the particular circumstances surrounding each drug candidate. But with the benefits of the IPR proceedings previously mentioned, they must at least be considered as a potential tool for challenging patents.

John L. Abramic is a partner at Steptoe & Johnson LLP. He is an experienced patent litigator who represents clients in complex intellectual property disputes and serves as lead counsel in federal district courts and arbitrations throughout the United States.