Maybe Biosimilar Applicants Should Dance After All 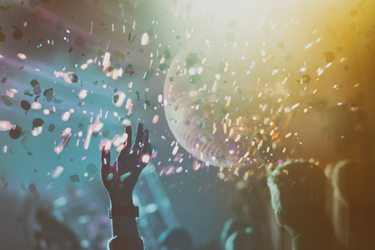 The recent opinion from the Federal Circuit in Eagle Pharmaceuticals Inc. v. Slayback Pharma LLC No. 19-1924 (Fed. Cir. May 8, 2020) highlights a potential benefit of participating in the patent dance, and especially how it can enable early resolution based on an issue of law. Eagle v. Slayback comes to us from the Hatch-Waxman world, but the issue and outcome were very similar to a biosimilar case at the Federal Circuit last year, Amgen Inc. v. Coherus Biosciences Inc., 931 F.3d 1154 (Fed. Cir. 2019). In both instances, early in litigation judges in the patent-savvy District of Delaware granted defendants’ Rule 12 motions that focused on limitations on plaintiffs’ ability to allege infringement under the doctrine of equivalents. And in both instances the dismissals were affirmed by the Federal Circuit.

The more recent case arose from Slayback’s filing of an NDA for its § 505(b)(2) product that included Paragraph IV certifications to the Orange Book-listed patents for Eagle’s Belrapzo (bendamustine hydrochloride) intravenous solution product. Slayback provided Eagle with a Notice Letter detailing that its product would not literally infringe any of the Orange Book-listed patents, and it would not infringe under the doctrine of equivalents because Eagle had dedicated the particular solvent used by Slayback to the public. Eagle nonetheless filed suit against Slayback alleging infringement under the doctrine of equivalents. Slayback promptly filed a Rule 12(c) motion, arguing its product would not infringe any of the patents-in-suit as a matter of law. District Court Judge Connolly granted Slayback’s motion (382 F.Supp.3d 341 (2019)), finding that the disclosure-dedication doctrine applied to the limitation at issue and that no claim construction issues needed to be resolved.

On appeal, the Federal Circuit panel of Judges O’Malley, Reyna, and Chen affirmed the district court’s ruling. In so doing, the panel cited a similar case from 2019, Amgen Inc. v. Coherus BioSciences, 931 F.3d 1154 (2019), a case in which Coherus chose to participate in the BPCIA “patent dance” with Amgen. Prior to litigation, Coherus provided Amgen with its aBLA, along with a detailed statement concerning Amgen’s list of patents it believed a claim of infringement could reasonably be asserted (42 U.S.C. § 262(l)(3)(A)(i)). Amgen subsequently filed suit against Coherus, alleging infringement of one patent under the doctrine of equivalents. Coherus promptly filed a Rule 12(b)(6) motion, arguing it would not infringe the patent-in-suit as a matter of law because prosecution history estoppel barred Amgen from alleging infringement under the doctrine of equivalents. Chief Judge Stark granted Coherus’s motion (2018 WL 1517689), which was affirmed by a Federal Circuit panel of Judges Reyna, Hughes, and Stoll. (931 F.3d 1154 (2019))

For older reference biologics, the patent portfolio covering the product itself (e.g., composition of matter, formulation, or method-of-treatment patents) may have expired. In some instances, the only patents the RPS may assert against a biosimilar applicant are those directed to aspects of manufacturing the biologic, such as purification processes, refolding methods, or cell lines. In such a situation, a biosimilar applicant may be best served by engaging the RPS in the patent dance. While this requires early disclosure of the aBLA, if litigation ensues it also positions the biosimilar applicant to move for early dismissal. Because the RPS has reviewed the aBLA prior to filing suit, the RPS cannot credibly argue that discovery is needed to investigate its infringement claims. Rather, the patent dance provided the RPS all the information needed to determine whether to bring an infringement action. In many instances, the court can decide infringement as an issue of law, particularly where infringement under the doctrine of equivalents is limited by prosecution history estoppel or the disclosure-dedication rule.

Conversely, a biosimilar applicant that chooses not to engage in the patent dance is likely to face arguments from the RPS that it should be entitled to discovery. Such arguments can be salient where, for example, a manufacturing patent has been asserted by the RPS and infringement may not necessarily be evident from a product’s composition. In such situations, a biosimilar applicant will need to provide its application, and potentially other discovery such as depositions, which will not only increase litigation costs but will also increase uncertainty as the litigation lingers on.

The decision to dance with an RPS is rarely black and white. Early dismissals in cases like Eagle v. Slayback and Amgen v. Coherus are just one factor a biosimilar applicant should consider when analyzing whether to engage in in the BPCIA patent dance.

Blake Coblentz is the co-chair of Cozen O’Connor’s Hatch-Waxman & Biologics Litigation practice and a registered patent attorney. Based in the firm’s Washington, D.C., office, he focuses his practice on patent litigation and counseling for clients in the biotechnology and pharmaceutical industries. He counsels pharmaceutical companies in the areas of Paragraph IV design strategies, Hatch-Waxman litigation, and biosimilar market opportunities.

Aaron Lukas, Ph.D., is a member of Cozen O’Connor’s Intellectual Property Department and is based in the firm’s Washington, D.C., office. Lukas is a registered patent attorney who concentrates his practice on complex patent cases for clients in the pharmaceutical, biotechnology, and semiconductor industries. He has handled all aspects of cases, including pre-suit investigations, fact and expert discovery, dispositive motions, and trial.