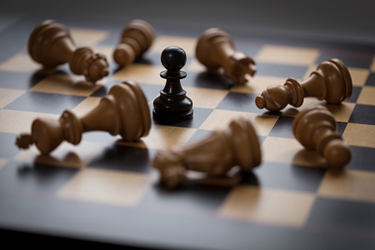 In recent years there has been growing, bipartisan support to address the perceived high cost of biologic drugs. Indeed, recent estimates are that biologic drugs account for approximately 40 percent of all U.S. pharmaceutical sales and 70 percent of drug spending growth between 2010 and 2015. There have been a myriad of proposed solutions to address the cost of biologics. One recent congressional proposal called the Medicare Negotiation and Competitive Licensing Act would give Medicare the right to negotiate directly with manufacturers for drug prices, bypassing the pharmacy benefit manager middlemen that have long been targeted as a source of high drug prices. But this proposed bill is unique in that it would allow the Department of Health and Human Services (HHS), which administers the Medicare program, to issue a “competitive license” to another drug manufacturer — even if there is patent and regulatory exclusivity protecting the drug — if negotiations with the branded manufacturer do not yield sufficiently low drug prices.

On Feb. 7, 2019, Rep. Lloyd Doggett of Texas and Sen. Sherrod Brown of Ohio announced the Medicare Negotiation and Competitive Licensing Act,1 a bicameral bill that would apply to both small molecules and biologic drugs. The bill provides language that would replace subsection (i) of 42 U.S.C.A. § 1395w-111 governing Medicare negotiations, which currently provides that the secretary of the HHS “may not interfere with the negotiations between drug manufacturers and pharmacies and [prescription drug plan] sponsors” and “may not require a particular formulary or institute a price structure for the reimbursement of covered part D drugs.”

In place of the prohibition against negotiating drug prices, the bill would explicitly grant the secretary the right to negotiate with pharmaceutical companies regarding prices for drugs covered by part D. Further, if the secretary is “unable to successfully negotiate an appropriate price” for the drug, the secretary shall grant a competitive license to allow another company to manufacture and sell the drug. This broad competitive license would allow use of “any patent, clinical trial data, or other exclusivity granted by the federal government.” The competitive license holder would also get prioritized review of its drug application at the FDA.2 In exchange for such a competitive license, the holder would have to provide “reasonable compensation [to the branded drug manufacturer], as determined by the secretary.” The factors the secretary must use in determining reasonable compensation include the risk-adjusted value of any government subsidies and company investments in research and development of the branded drug product, the impact of price on meeting the medical needs of patients, and the relationship between the price of the drug and the health benefits it provides.3 The bill also allows the branded drug manufacturer to seek recovery against the U.S. in the Court of Appeals for the Federal Circuit. Finally, the bill prohibits any drug manufacturer from engaging in anticompetitive behavior that would interfere with issuance or implementation of competitive licenses.

Challenges To Implementation Of The Act

At an even more fundamental level, the bill appears to allow the government to eliminate a drug manufacturer’s rights to their clinical trial data, exclusivities the manufacturer may have paid millions of dollars for, and even their patents. If such a competitive license was ever issued to a competing manufacturer, there would certainly be a challenge questioning its constitutionality. A patent is, after all, property,4 and the Fifth Amendment’s takings clause prevents the government from taking such property without just compensation. The Supreme Court has explicitly confirmed that patents are protected by the Fifth Amendment’s due process clause and patentees must have remedies for being deprived of their patents.5

Although the Supreme Court has never dealt with this exact issue, the recent Oil States decision may be informative in how the court would view the constitutionality of the competitive licenses authorized by the proposed bill. Oil States addressed the constitutionality of inter partes review proceedings, which permit third parties to challenge and potentially invalidate patents through administrative proceedings, outside of an Article III court.6 In that case, the petitioner argued that inter partes review violates Article III of the Constitution, as well as the Seventh Amendment, which preserves the right to trial for suits at common law for controversies valued at over $20. The petitioner in Oil States did not raise a due process challenge, and the Supreme Court expressly declined to rule that patents are not subject to the due process or takings clauses.7

The court ultimately upheld the constitutionality of inter partes review proceedings. It deemed patents are “public rights,” which are public franchises transferred from the general public to patentees.8 As such, the inter partes proceeding, as administered by the executive branch, is proper oversight of such public rights. It is possible that in considering the Medicare Negotiation and Competitive Licensing Act, the Supreme Court could likewise conclude that the executive branch may administer a program that restricts or even eliminates these “public rights” in the name of increasing competition and lowering drug prices in the pharmaceutical industry.

However, even if it withstands a constitutionality challenge, effectuating the goals of the Medicare Negotiation and Competitive Licensing Act to bring lower-cost generic or biosimilar drugs on the market raises other potential obstacles. For one, obtaining FDA approval for a drug is a lengthy process. A small molecule generic applicant must show, among other things, that the generic drug is bioequivalent to the brand-name drug for which it seeks to be a substitute and that the route of administration, dosage form, and strength of the new drug are the same as those of the listed drug. Biosimilars have even more stringent requirements and must demonstrate, among other things, that the proposed product is highly similar to — and has no clinically meaningful differences in safety, purity, and potency (safety and effectiveness) from — an existing FDA-approved reference product.9 Meeting these stringent requirements is difficult, as evidence by the fact that only 19 biosimilars have been approved by the FDA since the approval pathway for biosimilars was enacted in 2010. This strict approval process sometimes requires that an applicant resubmit its FDA application, extending the review and approval time.10 Thus, while the bill may give a biosimilar drug manufacturer a competitive license to use the branded drug company’s clinical trial data, it is not clear how that would impact current FDA requirements to show biosimilarity or whether a competitive license holder would even be able to obtain FDA approval for the biosimilar.

The Medicare Negotiation and Competitive Licensing Act is the latest proposal to bring drug prices down and has a unique proposal for offering competitive licenses to generic or biosimilar drug companies. However, there will likely be many challenges, both legal and practical, to effectuating the purpose of this bill. If nothing else, the bill is evidence that Congress is willing to be creative in strategies to increase biosimilar competition. 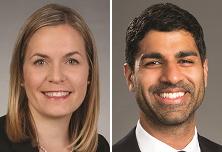 Natasha Daughtrey is a partner and Khurram Naik is an associate in Goodwin’s pharmaceutical patent practice. They are editors of the firm’s award-winning Big Molecule Watch blog