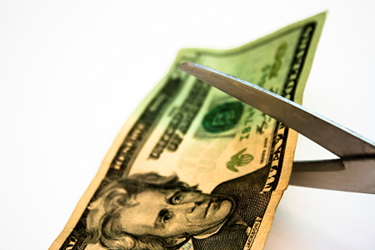 If you are becoming confused about the myriad initiatives and factors that could affect access to biosimilars in the not-too-distant future, you are not alone. In the last 18 months, the current administration has promoted moving Medicare Part B drugs to the Part D benefit1 and adjusted provider reimbursement to even the biologic playing field.2 Simultaneously, it has begun addressing drug rebate safe harbors,3 seeking legislation to provide quicker access to biosimilar samples and speed development and approval of new biosimilars,4 and implementing its Biosimilar Action Plan.5

In addition, the Trump administration has announced its new proposal aimed at addressing high drug costs overall.6 This is based on the fact that U.S. consumers pay much more for pharmaceuticals than do those in the rest of the world’s markets. The current system seems self-perpetuating — the U.S. subsidizes costs in other markets, which is then ingrained in pharmaceutical pricing and strategic business decisions. Indeed, the federal government is now proposing a type of reference-pricing system for Part B drugs that have a sole manufacturer. That is, it would not pay more than an indexed price for a biologic medicine, in the hope that specialty drug prices will drop to a point more in alignment with what other Western countries pay.

If this sounds a bit like maximal allowable cost pricing of generics, you might not be far off the mark. Is it a blunt tool to lower drug costs? You bet. Might it even signal a “throwing in the towel” on a reliance on competition for controlling drug costs? Let’s not go there quite yet.

The IPI Model Proposal In A Nutshell

A drug pricing report by the Department of Health and Human Services indicated that manufacturers’ retail charges for 27 Part B medications are 80 percent higher compared with other countries.7 In 70 percent of the products evaluated, the U.S. prices were higher than any other country included in the analysis (European countries, Canada, and Japan).

In its Advanced Notice of Proposed Rulemaking,6 the Centers for Medicare and Medicaid Services (CMS) indicated that it plans to use vendors that will negotiate Part B drug prices, similar to Medicare Part D plans. The International Pricing Index (IPI) would be used to determine a new reimbursement model for Part B drugs. This raises at least one critical question: Are these the same vendors (like pharmacy benefit managers) or a new layer of Medicare intermediary? In other words, this can lead to more complexity in an already challenging system.

Can use of the Medicare IPI achieve lower drug costs? The consensus is still out. However, it will almost certainly change the way biosimilar manufacturers will have to think about pricing their agents. And it could raise further questions about the wisdom of a biosimilar pipeline for some drug makers. Robert Navarro, Pharm.D., clinical professor of pharmaceutical outcomes and policy, University of Florida College of Pharmacy, and a consultant who has been associated with managed care pharmacy for more than 30 years, told Biosimilar Development that the value of biosimilars was simply to create price competition for the reference products. “However, if the Medicare IPI reduces the wholesale acquisition cost of the innovator drug,” he said, “biosimilar manufacturers must reduce their price even lower to have a reason to be utilized.”

According to Navarro, previous research has borne out that “prescribers and formulary decision makers have preferred to use the reference drug if the biosimilar price is close, as often biosimilars may not have the complete set of indications or may have limited dosage forms available (e.g., lack of pediatric strengths).” Even with matching indications and dosage forms, “research has also shown that biosimilars must be at least 20 percent lower in net cost than the reference drug to be adopted and justify the time and administrative work to change the formulary and inform prescribers, if necessary.”

How will biosimilar manufacturers react? The collective strains on these drug makers have been apparent for some time. The actions of several companies have indicated a willingness to reassess their biosimilar strategies and pipelines. And the risk of a “race to the bottom” in pricing has long been a real concern. In that case, implementation of the Medicare IPI would cause some despair. However, Christine Simmon, executive director of the association for accessible medicines (AAM), isn’t pushing the panic button yet. She said in an emailed statement, “AAM commends the administration's efforts to reduce high brand-name drug prices through generic and biosimilar competition and looks forward to working with the administration to ensure that proposals support a robust biosimilar and generic market.”

Her measured tone may also reflect another viewpoint, which is sometimes overlooked. Unlike generics, biosimilars are starting from a much higher price point. Yet, the cost to develop them is far less than a branded biologic. Therefore, manufacturers may be willing to risk some of their pricing flexibility.

“If the retail price of branded product is decreased because of the index, it will reduce margins overall, for brands and biosimilars,” said James T. Kenney, Pharm.D., former pharmaceutical contracts director, Harvard Pilgrim Health Care. In an interview with Biosimilar Development, Kenney added, “They still have the ability to compete, with a lower starting point (because of the IPI). We know biosimilars have a fair amount of margin to begin with.”

Now a managed care pharmacy consultant at JT Kenney LLC, Kenney agrees that not all biosimilar makers will feel this way. “It may discourage some companies from participating. If you expected a margin of 30 percent, and now it’s only 15 percent, it may start to look like a generic or commodities market. But keep in mind that the actual pricing of the products is much higher.”

Rather than a race to the bottom in pricing, Kenney believes that manufacturers will reach a certain discount and just stop. In fact, Coherus Biosciences seems to have taken this approach. It has offered an identical WAC discount to that of Mylan’s discount on its pegfilgrastim biosimilars.

Conflict With Other HHS Initiatives

Another important question was raised by the Academy of Managed Care Pharmacy (AMCP) in its Dec. 31, 2018 letter to CMS Administrator Seema Verna. “In August 2018, CMS announced that Medicare Advantage Plans would have the choice to implement step therapy and prior authorization for Part B drugs beginning in January 2019,” CEO Susan Cantrell wrote. “The IPI model would provide for a different interpretation of Medicare Part B that is inconsistent with establishment of utilization tools in other parts of the Medicare program that allow for flexibilities in utilization tool use.” If so, this could impact payers’ use of step therapy, a tool that can be easily applied to encourage biosimilar utilization.

Payers also take very seriously another aspect of this pricing game. Unlike generics, which a plan, insurer, or PBM may freely substitute from one month to another based on contracting, the same may not be said for biosimilars. This relates to two issues: (1) the need to satisfy interchangeability requirements and (2) the fact that the Food and Drug Administration does not designate one biosimilar as interchangeable or substitutable with another. This can be a very sensitive problem for payers: If a health plan decides to contract with the lowest-priced biosimilar manufacturer, “Will that company with the lowest price be able to supply the biosimilar?” Kenney asked. “We don’t want to be switching products every month.”

Navarro said it is “doubtful that drug manufacturers would offer rebates after the Medicare IPI is implemented, depending upon the WAC.” Brand-new developments may alter this assumption, however. Well-known healthcare investment analyst Ronny Gal of Sanford Bernstein indicated that payers may be more focused on maintaining their drug rebating revenue than on the amount drug makers lower their retail prices.8

In statements that were confirmed by UnitedHealthcare (and its PBM OptumRx), the organization will seek “equivalent” rebates from a drug manufacturer regardless of the lower wholesale acquisition costs of their product. This could be a double whammy to biosimilar manufacturers — not only would they lose margin on the lower WAC price, but they might have to compete with reference manufacturers’ net prices after additional rebates. This could mean going from a 30 percent discount, for example, to a 50 percent discount, depending on the drug and initial deals. If the Medicare IPI is implemented, that starting WAC discount could be even greater.

Many Unanswered Questions For Payers

What we need is clarity, and it appears that this will not be forthcoming. Cantrell commented, “It is difficult to say for certain how using an IPI for Part B drugs would affect biosimilar competition, as there are many unanswered questions in the administration’s proposal.” Among them was the proposal’s description of how CMS would pay a model vendor for Part B drugs, based on international prices, “but the proposal does not provide any negotiating tools or regulatory authority for the model vendor to use in negotiating with pharmaceutical manufacturers. This lack of enforcement mechanism raises big questions as to the viability of the proposal,” according to AMCP’s CEO.

She also points to the lack of clarity over the ability of payers to manage these specialty drugs. “The IPI proposal does not specifically include the use of utilization management tools, such as step therapy or prior authorization under the new purchase and payment system. These tools have been critical to decreasing costs, improving quality, and increasing value in the Medicare Part D program and the commercial market.”

The administration’s proposal is in an early stage, and public comments are being gathered. The most likely ramifications of the Medicare IPI are as yet unknown, and many questions need to be answered.

In the end, it is still speculative as to whether the Medicare IPI will improve or impede access to biosimilars. If it compels biosimilars makers to reconsider the opportunity that their products offer, this will likely hinder the ability of competition to control specialty drug costs in the long run. Cantrell asserts that the industry would be better served by faster action by the FDA and Congress: specifically, for the FDA “to swiftly finalize pending regulations and guidance in this area to allow for direct substitution of biosimilars that are safe and effective alternatives to more costly brand-name biologics. Clear guidance from the FDA on the interchangeability designation could trigger increased biosimilar production, bolstering competition and lowering research and development costs.”

The Academy of Managed Care Pharmacy also believes that “Congress can spur biosimilar development by passing a pending bipartisan bill, the CREATES Act, which would allow biosimilar makers to sue in federal court to obtain the drug samples necessary for developing generic versions. The bill would also create incentives to encourage physicians to prescribe biosimilars (incentives that already exist for generic drugs) and give the FDA more leeway to approve alternative safety protocols if a branded pharma company tries to block a biosimilar.”

The one thing that everyone can expect with the implementation of a stark policy change, such as the Medicare IPI, is the risk of unintended consequences. Navarro worries, “Most cost reduction policies are formed with the best intentions, but too often the outcomes are not realized because policymakers (especially legislators who are often unfamiliar with market and operational realities) do not consider potential unintended consequences.” Many people cite the classic balloon analogy of cost control — squeeze a balloon on one side and another area expands. “The Medicare IPI or other price control recommendations focus only on the drug cost but may not consider the drug supply and future drug development (as has been pointed out by PhRMA). Certainly, the U.S. has higher drugs prices because of the lack of a single, price-controlling payor,” he stated. “But we must also acknowledge that other countries cover fewer drugs, such as oncology drugs, than the U.S. We cover literally all cancer drugs. I ask decision makers to consider potential unintended consequences.”