Patenting Antibodies: The 4 Tactics To Use In 2021

By Benjamin Pelletier, Haynes and Boone 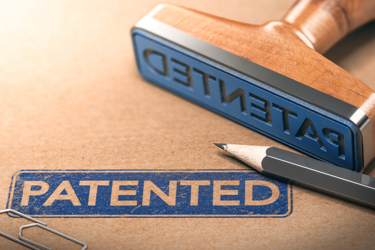 In my first article, I reviewed the nuts and bolts of antibody epitope claims and summarized the evolution of the Federal Circuit’s current position on their validity under the written description and enablement requirements of 35 U.S.C. § 112. In this article, I provide some useful approaches that you and your antibody patent lawyer (here we call patent lawyers “practitioners”) can implement in order to improve your chances of obtaining valid antibody claims with functional attributes.

In Amgen v. Sanofi, one major point of discussion was the amount of work that Amgen had put into its original antibody discovery campaign, in comparison to the amount of work that one of ordinary skill in the art would need to do to produce the full scope of the antibodies falling within the claim language. During oral arguments, Sanofi hammered on this topic, stating “the road map requires the same amount of work as the original work,” and “I can’t think of a better definition of undue experimentation than ‘more work than any scientist would even contemplate doing.’”1

In light of this, it’s important for practitioners to capture evidence of the amount of work that went into the applicant’s antibody discovery campaign in order to at least attempt to rebut this type of argument. If thousands of antibodies were screened for activity before settling on a handful of lead sequences that possess the desired functional properties, be sure to include this information in your patent application.

2. Introduce Some Structure, But Don’t Overdo It

Some antibody discovery techniques involve grouping antibody-producing cells into clonotypes based on observed similarities in the complementarity-determining region (CDR) sequences of the antibodies that those cells produce. This results in a “family” of antibody sequences that share a certain percentage of commonality amongst its members. Based on their common genetic history, antibodies from the same clonotype family typically bind to the same epitope. This allows for the use of a structural limitation, for example, antibodies having at least 85% identity to a given amino acid sequence, as a proxy for a functional limitation, like epitope binding.

The benefit to this approach is that it greatly reduces the theoretical number of antibodies that could fall within the scope of the claim, thereby reducing the “substantial time and effort” and undue experimentation that the Federal Circuit was uncomfortable with in Amgen. The drawback is that there may be other antibodies, outside the clonotype family, that can also bind to the same epitope, and those antibodies wouldn’t be covered by the claim. Even though this approach is not a perfect substitute for a traditional epitope claim, it still helps to reduce the time and effort that would be involved with a hypothetical screening process to produce the full scope of the antibodies falling within the claim language. Furthermore, when combined with the “show your work” approach, this can tip the balance in favor of the applicant by establishing that the original antibody campaign covered more members of the functional genus.

Under the America Invents Act (AIA), the United States adopted a first to file system in which patent rights lie with the first person to file a patent application for protection of an invention, regardless of the date of invention.2 This encourages a race to the patent office, especially in crowded technology fields. However, when it comes to antibodies, filing later is often a better approach, because it provides more time to identify additional sequences that bind to the epitope and to connect the dots between their structural and functional features. This approach can allow structural commonalities to emerge, which may also serve as proxies for epitope binding.

To best take advantage of these rules when seeking to patent antibodies, you should:

This approach gives you a period of 30 months to develop data on the epitopes to which the antibody sequences bind and provides a framework for incorporating that information into patent filings that can be pursued simultaneously, without creating prior art issues. As such, carefully planning the timing of multiple provisional applications can give you the necessary time to identify key features of your antibodies and support claims with functional attributes.

4. Look For Innovation And Exclusivity In The Bioprocess Manufacturing Stream

With epitope claims less available post-Amgen, look at other portions of your bioprocess manufacturing stream to identify opportunities for exclusivity. For instance, certain types of cell culture or protein purification unit operations can be particularly useful in the production of certain classes of antibody molecules. One prominent example of this approach is Genentech’s now-famous Cabilly patents, which described methods for producing recombinant immunoglobulin heavy and light chains (i.e., antibodies) in a culture of host cells.4 These patents involved such a fundamental step in the manufacturing process for therapeutic antibodies that a huge number of companies licensed the technology from Genentech, resulting in over $250 million in royalties for the company in 2007.4 As such, the bioprocessing methods and systems used to manufacture antibody therapeutics can provide the basis for valuable patent rights that can strengthen the portfolio of an entire class of therapeutics. Practitioners should carefully review the bioprocess manufacturing procedures that applicants are using to produce their molecules and investigate opportunities to create new patent assets. This is fertile ground for invention sensing that is frequently overlooked by practitioners who are too focused on antibody composition and method of use claims.

On April 14, 2021, Amgen filed a petition for rehearing en banc at the Federal Circuit.5 In the petition, Amgen strongly underscores the policy implications of the new, distinct test for enablement that the Amgen v. Sanofi decision has foisted on the pharmaceutical industry. Most cogently, the petition points to the waste of resources that applicants will now need to divert toward attempting to shore up their compliance with the enablement requirement, at the expense of pursuing new breakthrough drugs. If we want the U.S. remain an important contributor to pharmaceutical innovation, let’s hope the petition for rehearing en banc is granted.

Benjamin Pelletier is a partner in the Precision Medicine and Digital Health Practice Group at Haynes and Boone. His practice focuses on advising clients in the areas of biology, medicine, engineering, and data science. Ben has significant experience building patent portfolios relating to monoclonal antibodies and antibody-drug conjugates (ADCs), CAR-T cells, stem cells, tissue engineering, 3D bioprinting, biosensors, genomic sequencing, and bioinformatics, as well as companion diagnostic assay systems and devices. He holds an advanced degree in bioengineering and spent many years working at a leading biotechnology company as an engineer and project manager.