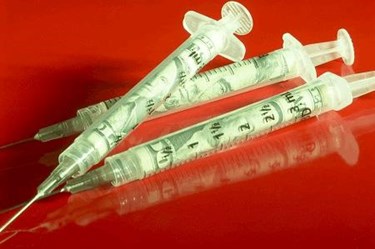 Biosimilars are biological products approved on the basis of comparability to an already Food and Drug Administration (FDA)-approved biologic, or reference product. These biosimilars have demonstrated no clinically meaningful differences. Unlike small molecule drugs that are chemically synthesized and can be copied exactly in the form of a generic, biologics and biosimilars consist of large, complex molecules (e.g., monoclonal antibodies) that are manufactured in living cells and then extracted and purified. Because these products are produced in living cells, biosimilars are highly similar – but not identical – to their reference product. This important distinction is why the regulatory pathway for biosimilars is different in comparison to that for generic drugs.

On average, a generic drug takes three to five years to develop at a cost of $1 to $5 million. A biosimilar, on the other hand, takes seven to 10 years to develop at a cost of $100-200 million. In addition to the differences in molecular complexity, these numbers reflect the greater analytical and clinical data requirements for the approval of a biosimilar compared to those for a generic drug.

It is currently estimated that $90 billion in global sales of biologic medicines will go off patent by 2020. Even modest cost reductions of these products could have a great impact on the healthcare system. Biosimilars offer a less costly alternative to existing biologics for Medicare, Medicaid and the private sector. Current models predict price reductions of 20 to 40 percent over the reference product, and expand patient access to life-saving medications for indications such as cancer and multiple sclerosis. However, the value of these important medicines will only be realized in the United States if an appropriate reimbursement framework is in place.

In the 2016 Medicare Physician Fee Schedule, effective January 1, 2016, the Centers for Medicare & Medicaid Services (CMS) issued a payment rule for biosimilars that groups all biosimilars sharing the same reference product into a single billing and payment code, or J-code. Under this policy, all biosimilars that share a J-code will be reimbursed based on a volume-weighted average sales price (ASP). The reference product is not factored into the volume-weighted ASP of its corresponding biosimilar products.

In making this rule, CMS followed the model for reimbursement of multi-source generic drugs, despite the fact that biosimilars are single source drugs and fundamentally different from generics. CMS finalized the rule despite numerous comments from members of Congress, patient advocates, providers, and industry calling for distinct coding and reimbursement for all biologic products. Today, more than 80 groups oppose the rule as it currently stands. The major concerns among stakeholders can be grouped into four major areas: precedence, patient safety, interchangeability, and investment.

CMS’ policy does not align with the Social Security Act5, ACA legislation/Biologics Price Competition and Innovation Act of 2009 (BPCIA), FDA guidance, or the 351(k) abbreviated licensure pathway. For example, the Social Security Act provides clear guidance for the ASP payment formula and associated coding for biosimilars, stating “a single-source product has a unique ASP and J-code; a biosimilar should receive payment equal to its own ASP plus 6 percent of the reference product’s ASP (per statute).” In addition, the BCPIA recognizes that the legal and regulatory model of a generic drug is inappropriate for biosimilar products due to scientific differences between biosimilars and generics, and refers to each biosimilar as a separate entity.

Biosimilars, like all biologics, are single source drugs. Each can be approved with varying clinical indications and levels of interchangeability. Recognizing these clinical differences, CMS codes brand biologics with different J Codes. However, CMS has chosen to code all biosimilars with the same J Code. CMS’ failure to acknowledge the potential variability in clinical profiles between biosimilars puts patients and physicians at risk. Assigning the same J Code to all biosimilars, when the products could be vastly different in their approved clinical indications, is misleading to physicians, patients, and payers. CMS’ policy creates an environment where adverse events potentially associated with a specific biosimilar, such as immunogenicity risks, cannot be distinguished and closely tracked. The absence of a distinct J-code for each biosimilar will jeopardize patient safety by hindering appropriate physician prescribing and pharmacovigilance efforts. Since the J-code would apply to a class of drugs, it creates a false sense of sameness across the biosimilar class. Applying a “modifier” to the J code will be inadequate for purposes of safe prescribing and pharmacovigilance, as it will not distinguish approved clinical indications from one biosimilar to another.

The CMS policy will undermine the long-term sustainability of this new market because companies will not invest in biosimilars development without the appropriate reimbursement framework. Grouping all biosimilars under a single J-code will ultimately limit the availability of these medicines over the long-term by discouraging manufacturers from entering the biosimilars marketplace, delaying development and entry of these products, and limiting programs that seek coverage for additional product indications or interchangeability.

It should also be noted that CMS recently proposed a change to the Medicare Part B payment policy that would further cut reimbursement for prescription drugs, including biosimilars. Although outside the scope of this article, this proposed change in the payment model is of additional concern among biosimilar developers.

The healthcare marketplace follows CMS decisions for coding and will likely use this policy as a basis for defining reimbursement, resulting in a domino effect beyond the Medicare program. Grouping biosimilars that do not share indications will cause confusion among providers, create significant administrative challenges in their medical practices, and ultimately hinder biosimilar acceptance and uptake. The CMS policy creates an environment where providers will not be willing to prescribe biosimilars for their patients since their patient’s claims could also be denied as a result of coding and clinical confusion.

In addition to holding the position of Reimbursement Policy Chair for the Biosimilars Forum, Molly Burich is the associate director, public policy — biosimilars, pipeline, and reimbursement for Boehringer Ingelheim Pharmaceuticals.