5 Questions To Ask About Biosimilars In 2016 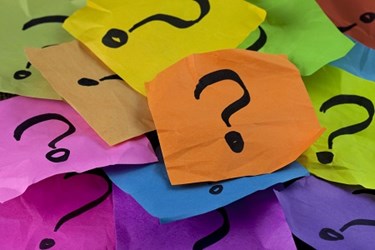 2015 was a breakthrough year for biosimilars. Not only did it see the launch of the first biosimilar, Zarxio, but the Federal Circuit provided its first interpretation of the Biologics Price Competition and Innovation Act (BPCIA). Nevertheless, there are still a lot of unanswered questions, many of which are likely to be addressed in 2016.

Probably the most important question is what the FDA will require in approving future 351(k) biosimilar applications. The first biosimilar application filed by Sandoz in 2014 was approved in under a year. However, Sandoz had a distinct advantage with Zarxio with regards to the amount of data it had already generated based on years of marketing a comparable version of the product in Europe. It is unclear if the FDA will require more rigorous clinical trials for biosimilars without the same track record. 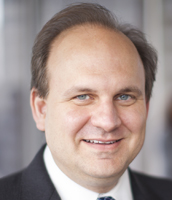 The next wave of applications will certainly contain more complex biologics, for example biosimilar versions of therapeutic antibodies, such as AbbVie’s adalimumab product, Humira. We have already seen an increase in the number of biosimilar biological product development programs, which are maintained by the FDA for expediting the review process of biosimilar submissions. For example, between August 2013 and August 2015, the cumulative number of such programs increased from 32 to 58. This trend is unlikely to subside. And based on announcements from the parties involved, at least some of this activity is directed toward these complex biologics. Indeed, Amgen itself at the end of 2015 filed its own application to market a biosimilar version of the therapeutic antibody Humira. The increase in complexity of the molecules contained in these applications will likely result in an increase in the level of scrutiny that the FDA will require. For example, in addition to their size, the manufacturing conditions used to produce these therapeutic antibodies can potentially introduce variability that will likely need to be addressed.  It will be interesting to see whether the FDA will approve these applications with the speed at which it approved Zarxio, and if not, how much more difficulty these applications will face.

There are also questions that were left somewhat unresolved by the historic Amgen v. Sandoz Federal Circuit decision. For example, is the 180-day “Notice of Commercial Marketing” also required in cases where a biosimilar applicant otherwise complies with the information disclosure and patent exchange provisions of the BPCIA (the so-called “patent dance”)? The Court in the Amgen case determined that because Sandoz had not provided its aBLA to Amgen, it was required to provide the 180-day notice before its first marketing (and this could only occur after FDA approval). In his partial dissent in that case, Judge Chen described this requirement as amounting to an additional six months of exclusivity for Amgen. However, Sandoz did not participate in the patent dance in that case, and the majority opinion can be read as limited to such cases. Instead, if the biosimilar applicant participates in the patent dance, the outcome could theoretically be different. The same reasoning used by the Court to make the word “shall” mean that the aBLA-disclosure provisions are optional could make the word “shall” in the Notice-of-Commercial-Marketing provision optional. Nevertheless, at least one district court (the Southern District of Florida) has determined that the 180-day Notice period is mandatory regardless of compliance with any other part of the statute. It is very possible that this question will percolate up to the Federal Courts in the upcoming year.

According to the BPCIA, a biosimilar that is determined to be “interchangeable” can be substituted “without the intervention of the health care provider who prescribed the reference product.” However, until a biosimilar drug has reached such status, some physicians simply may be unwilling to take the chance at prescribing them. Moreover, if such drugs are only sold at a 15 percent discount (as Zarxio was when it was first marketed), the associated savings may not be deemed as sufficient motivation to offset the perceived risk. If their use is not widely adopted, there would be little incentive to continue developing them. This is unlikely to happen, however. Any initial hesitancy by the prescribing community would likely subside once more biosimilar drugs are approved, and their use becomes more accepted. Moreover, it can be expected that the price of biosimilar drugs will fall as more are approved, especially those directed to the same reference product. If physicians were deterred by the minimal savings patients seem to be currently enjoying, such a drop in price should remove any hesitancy.

Of course, it is difficult to predict all of the major advances that will occur in the field of biosimilars in the upcoming year. After waiting several years following the passage of the BPCIA for the first biosimilar application to be filed, we witnessed a flurry of activity in 2015. What seems certain, though, is that this activity and interest in biosimilars will only continue to increase in 2016.

Andrew W. Williams is a partner with McDonnell Boehnen Hulbert & Berghoff LLP. Dr. Williams has over a decade of experience in all areas of intellectual property law, with particular emphasis on patent litigation, client counseling, and patent procurement in the areas of biochemistry, pharmaceuticals, and molecular diagnostics. This includes the representation of pharmaceuticals and biotechnology companies, both large and small, as well as several universities. Dr. Williams’ litigation experience spans a diverse range of technologies, with a concentration in litigation involving pharmaceuticals and biotechnology. This includes both jury and bench trials in federal district court, as well as advocacy in private arbitration proceedings. He is particularly well versed in the specific needs of pharmaceutical innovator clients in Hatch-Waxman litigations.