The China Biosimilars Market: Rise Of A Potential Powerhouse 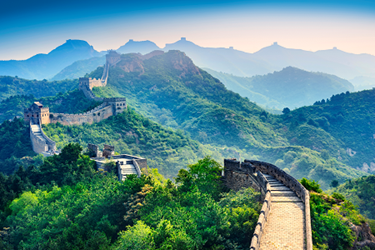 China is a demographic giant with a population of more than 1.3 billion, and this population has been a tremendous force in allowing China to sustain its GDP growth rate. But to maintain this momentum, the country needs a healthier population. In 2009, China provided the guidelines on healthcare reform, which have as their goal providing universal healthcare to the country by 2020. To reach this target, access to affordable drugs will be a key pillar, and cheaper biosimilars can be the solution because the availability of biosimilar products can improve access to care for patients by increasing the number of medical options and, potentially, lowering costs. In this context, the size of this potential market is good news for biosimilars creators in the global pharmaceutical landscape.

The global biologics market hit more than €189 billion in 2017, which represents 20 percent of global pharma sales, and the share of biosimilars and non-original biological products in biologics sales was between 2 and 5 percent. This market is expected to reach $350 billion by 2022 at a compound annual growth rate of 10 percent, within which the global biosimilars market is expected to increase and reach more than $16 billion by 2023.

China was the second largest pharma market by spending in 2017 and the second largest biological market by sales revenue, with the biologicals market representing only 12 percent of the Chinese market and more than 10 percent of the global biologics market. When you compare countries regarding global biologics market growth, China is the fastest growing country, with 16 percent CAGR from 2010 to 2021. In China, expensive treatments are usually paid by patients out-of-pocket, so affordability can be a major challenge in adopting these new medicines, even if the situation is evolving in the right direction.

Before the introduction of the formal biosimilar regulatory frameworks, numerous “follow-on biologics” or “copy biologics” products, which are called biosimilars in the EU and U.S., were approved. Copy biologics have been present on the market for more than 20 years and represent a great proportion of the more than 390 biological products approved in China.

Due to much-needed improvements in access to therapeutically viable options, copy biologics have been embraced by patients, physicians, and authorities. The market has experienced a compound annual growth rate of more than 25 percent, with annual sales around $600 million and is expected to reach $2 billion in the coming years. Nevertheless, the copy biologics have generally not been developed according to rigorous international standards, which is why they are not called biosimilars, even if the situation has strongly improved for the benefit of patients and healthcare providers.  Copy biologicals have a guideline that is based on four principles: Comparison, Step-wise, Consistency, and Similarity. The guideline is also intended to raise the bar for entry into the copy biologicals field, avoiding low-quality competition.

China’s Regulatory Landscape For Biosimilars: How Does It Compare To The U.S. And EU?

The European Medicines Agency was the first authority in the world to create a regulatory framework, and the first biosimilars were approved in Europe in 2006. Since then, 58 biosimilar products have been reviewed and 54 of them have been granted a marketing authorization. European sales of biosimilars are growing, amid increasing acceptance by patients, physicians, and regulatory authorities. The market was worth around $2.5 billion in 2017, and we expect it to grow closer to $4 billion by the end of 2018. Despite its position as the largest market for biologics drugs globally, the U.S. biosimilars market is not as far along the road, with 18 biosimilars approved as of March 2019, and it has not reached the point of maturity.

However, the emergence of better-defined regulatory pathways, escalating healthcare costs, technological innovations, and the expiration of patents on many drugs will drive the growth of the Chinese biosimilars market, which is expected to hit more than $5.5 billion by 2025.

In 2015, the Chinese Center for Drug Evaluation released the first and final guidance for biosimilars, providing a strong message to all the actors in the industry regarding the future of biosimilars in China. The guidelines establish the principles for the research, development, and evaluation of biosimilars. Based on the guidelines, a biosimilar drug is similar in quality, safety, and efficacy and should have the same amino acid sequence as the originator.

In China, an originator is a novel biological medicine that has been patented. It must be approved by the China National Drug Administration (CNDA) at the time of the comparative clinical studies by the biosimilars and cannot be another biosimilar, even if approved by the CDNA. The European Union and the United States have similar definitions regarding biosimilars. For the U.S., a biosimilar is a biological product that is highly similar and has no clinically meaningful differences from an existing FDA-approved reference product. In the EU, a biosimilar is a biological medicine highly similar to another biological medicine already approved in the EU, called “reference medicine,” in terms of structure, biological activity, and efficacy, safety, and immunogenicity profile.

Nevertheless, some differences exist regarding reference products. The CNDA does not accept an innovative biologic approved by foreign regulatory authorities as a reference product, whereas the European Union and the United States permit products approved outside their boundaries to be used as reference products following bridging studies.

Naming of drugs is an important topic, as it allows the differentiation of products and gives patients confidence in them. For the moment, there is not clear legislation regarding naming of biosimilars in China. Note that the China National Medical Products Administration approved the first biosimilar in China, a copy of Rituxan, under the name HLX01. Unlike China, the United States and the European Union have clear visions on naming, with the premises of those systems being to help patients benefit from a competitive and safe biosimilars market.

Extrapolation of indication, an important concept for biosimilars, is allowed in China on a case-by-case basis. This aligns with U.S. and EU extrapolation pathways, in which extrapolation needs to be supported by all the scientific evidence generated in comparability studies (quality, non-clinical, and clinical).

Interchangeability has a critical impact on access to drugs for patients and physicians and on market size for biosimilar manufacturers. It refers to the possibility of exchanging one medicine for another medicine that is expected to have the same clinical effect. This could mean replacing a reference product with a biosimilar or replacing one biosimilar with another. In China, there is no overall regulatory approach, even at the pharmacy level. In other parts of the world, we observed a lack of harmonization, even where the topic is tackled. The U.S. Food and Drug Administration may approve a product as interchangeable, although individual states control the act of pharmacy-level substitution. In the European Union, decisions on the interchangeability or substitution of biosimilars and originator products are not made by the European Medicines Agency, but at the national level.

On regulation, China seems to have taken the same approach as the two powerhouses of the biosimilars landscape, even if some important subjects, such as naming and labeling, remain to be tackled.

To embrace the Chinese market and bring drugs to patients, pharmaceutical companies are using different types of strategies.

Amgen has established a strategic collaboration with Simcere to co-develop and commercialize biosimilars in China. The partnership will focus on inflammation and oncology areas. Amgen will remain responsible for the co-development, marketing approval applications, and manufacturing of the biosimilars. Simcere will be responsible for distribution and commercialization in China.

Samsung Bioepis’ entry strategy is to establish a partnership with 3SBio to expand in China. The deal will combine Samsung Bioepis’ proven development platform with 3SBio’s strong commercialization platform. The licensing agreement covers multiple biosimilar candidates from Samsung Bioepis, including SB8, a biosimilar candidate of Avastin, and the two companies will collaborate across several areas, including clinical development, regulatory registration, and commercialization in China.

Many other strategies have been used by foreign companies looking to capture the Chinese biosimilars opportunities, but commercial networks seem to be the battleground.

One of the recent exciting developments in the Chinese biosimilars market concerns rituximab, approved in 1998 by the FDA and the EMA and in 2008 by the Chinese authority, branded as Rituxan. Its main indications are non-Hodgkin’s lymphoma, chronic lymphocytic leukemia, and rheumatoid arthritis. In 2017, the global sales of rituximab reached more than $7 billion, with China accounting for $258.6 million.

In February, regulators in China approved HLX01, a biosimilar of Rituxan, developed by Henlius. This first biosimilar consistent with international standards has been granted approval by the China National Medical Products Administration (NMPA) for the treatment of adult patients in three indications: relapsed or refractory follicle lymphoma; stages III-IV follicular, non-Hodgkin’s lymphoma; and CD20-positive, diffuse large B-cell non-Hodgkin’s lymphoma (DLBCL), which are the approved indications of the originator rituximab in China. This approval will exacerbate the pressure on Roche’s sales, increase biologic drugs’ accessibility, and drive costs down.

The rise of China as a potential biosimilars powerhouse has two global effects. The first is on regulation, as China seems to align its regulatory framework with those of the United States and the European Union. The convergence of the regulatory pathway in China, United States, and European Union will create a global framework that will reduce time to market, increase therapeutic options, and reduce costs. The last effect is on markets: The rise of the Chinese biosimilars market will not only have an impact on the global biosimilars market but also on the global biologics market. In other words, the growth of the biosimilars market will drive the biologicals market forward.

Joseph Pategou is a consultant specializing in the pharmaceutical industry. He has published more than 20 papers and articles in reputed journals including The Indian Economist, Labotech.eu, and others. He has a master of sciences in international strategy and influence, as well as a master of science in chemistry and the life sciences. You can connect with him on LinkedIn or follow him on Twitter.