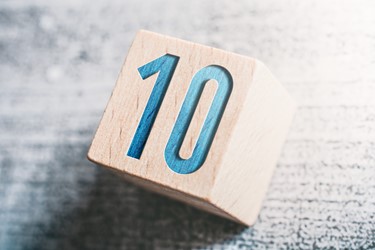 This is the second article in a two-part series reviewing the MHRA’s publication of the GMP deficiencies for drug product issued during inspections in 2018 and published in October 2019. Part 1 provided a high-level overview of the 2018 data and included additional trends from the two most recent MHRA reports (2015 and 2016). It also identified and evaluated the critical and major deficiencies from 2018.

In Part 2, we take a granular look at individual chapters and annexes identified in Part 1 and how the deficiencies are divided among the various paragraphs. We address Chapters 1, 3, 4 and 5, 6, 7, 8 and Annexes 1, 11, and 15. These are provided in order of decreasing number of deficiencies (see Figure 3 in Part 1). We provide the top 10 citations for each, or more in the two instances where there are ties for this honor. Each figure is followed by a table enumerating short versions of text of the top citations. The previous reports from the MHRA in 2015 and 2016 include text from actual inspections as examples, but that is not provided this year. 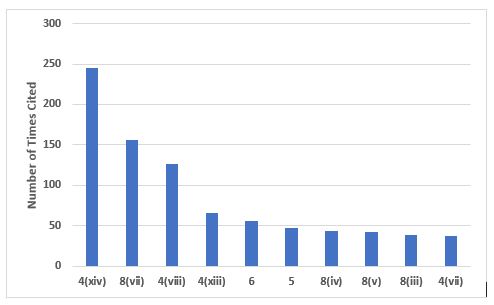 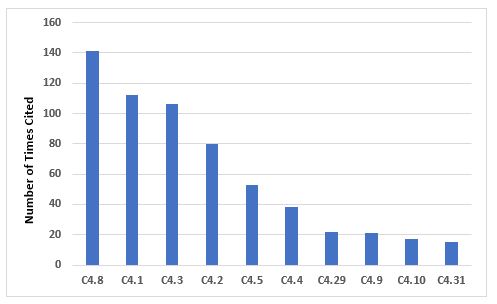 Figure 3 and Table 3 identify the 10 most frequent deficiencies that cite Chapter 5. Many of the requirements are cited with a similar frequency, thus no single requirement stands out as with some other areas. 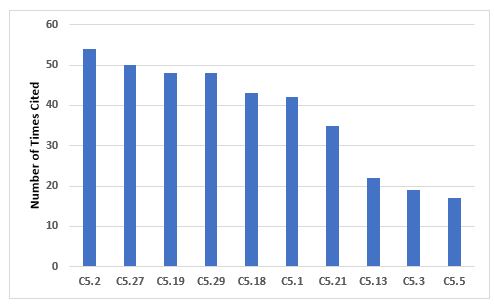 Figure 4 and Table 4 show the 10 most frequent requirements cited in Annex 15. The most frequently cited requirement includes the need to identify and investigate deviations, including failures to meet acceptance criteria, once again emphasizing the importance of this area, which is also identified as the most frequent citation of Chapter 1 requirements. 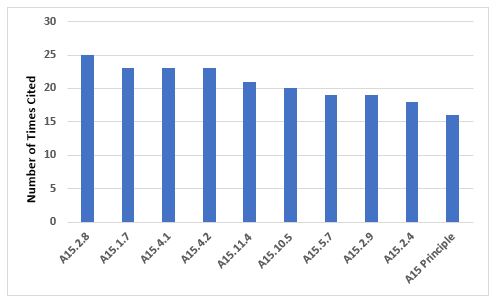 Figure 5 and Table 5 identify the 10 most frequent deficiencies in Chapter 3. The three most frequently cited requirements include the need to have adequate storage areas with appropriate environmental controls, secure storage of highly active materials, and the need to calibrate and maintain weighing and measuring equipment. 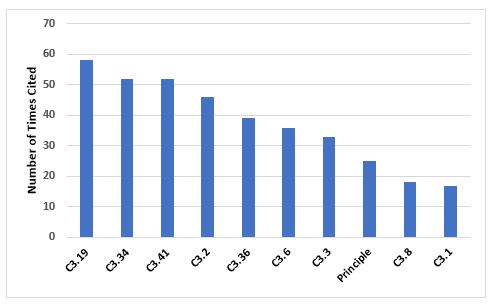 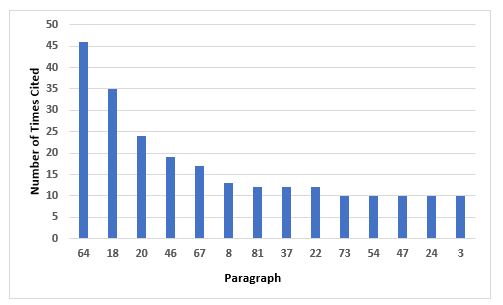 Figure 7 and Table 7 identify the most frequently cited requirements in Chapter 6. The two most frequently cited requirements are the need to adequately control laboratory components and reagents and the need to trend data and investigate OOT (out of trend) and OOS (out of specification) events. Again, we find the importance of investigating such events similar to those identified in deficiencies cited in Chapter 5 and Chapter 1. 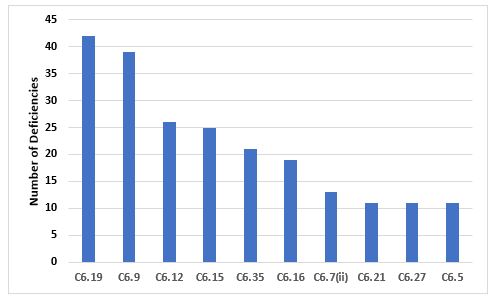 Figure 8 and Table 8 identify the top 10 deficiencies that cite Chapter 8. By far the most frequent citation addresses the need to periodically challenge and determine the effectiveness of the recall process. Generally, this exercise is expected to be conducted annually. The next two most frequent deficiencies address the need to implement appropriate corrective and preventive actions in response to quality defects and to report qualify defects to the health authorities when this may result in a product recall. 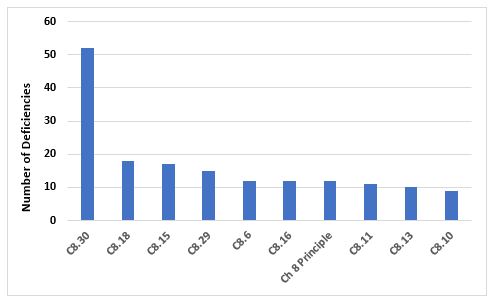 Figure 9 and Table 9 show the deficiencies that cite Chapter 7. Among the two most frequent citations is the need for a Quality Agreement and the content of that agreement with regard to the outsourced activity. 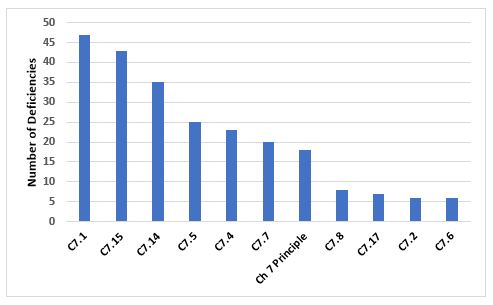 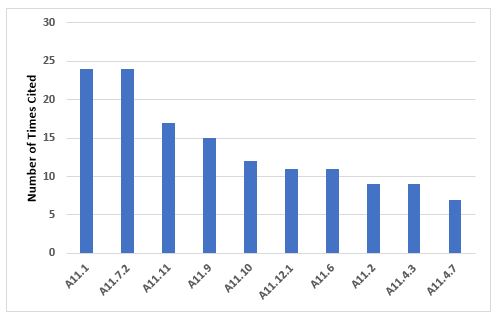 This two-part article identified the MHRA drug product GMP deficiencies for 2018, based on a 6200+ row spreadsheet issued by the agency. Overall conclusions include:

When considering the top 10 paragraphs among the top 10 chapters and annexes cited, the issue of investigations and root cause analysis appears frequently. This is similar to the FDA’s focus on deviations and investigations. The lack of granularity in the FDA regulations makes comparison to the MHRA deficiencies a challenge, but at a high level they are similar, with a focus on the importance of quality systems and the quality unit, and investigations and assignment of root cause. Firms would be well served to evaluate the MHRA areas of focus and deficiencies to assist in inspection preparation as well as Qualified Person (QP) audits that European based firms may conduct, particularly for business partners and CMOs.

We appreciate MHRA’s publication of these data and encourage them to continue — and perhaps publish their documentation (GDP) and clinical (GCP) deficiencies in a similar format.

I want to acknowledge the kind assistance provided by Eileen Counihan, Zachary Unger, and Clare Nolan in helping me learn and negotiate the pivot tables that made this article possible.

Barbara Unger formed Unger Consulting, Inc. to provide GMP auditing and regulatory intelligence services to the pharmaceutical industry, including general GMP auditing and auditing and remediation in the area of data management and data integrity. Her auditing experience includes leadership of the Amgen corporate GMP audit group for APIs and quality systems. She also developed, implemented, and maintained the GMP regulatory intelligence program for eight years at Amgen. This included surveillance, analysis, and communication of GMP related legislation, regulations, guidance, and industry compliance enforcement trends. Unger was the first chairperson of the Rx-360 Monitoring and Reporting work group that summarized and published relevant GMP and supply chain related laws, regulations, and guidance. She co-led  the Rx-360 Data Integrity Working Group from 2017–2019. You can contact her at bwunger123@gmail.com.