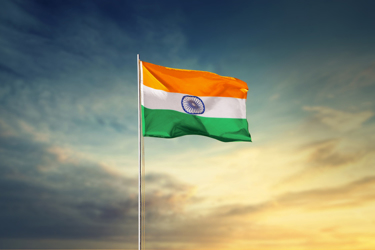 India is the second-most populous country, the seventh-largest country by land area, and the most populous democracy in the world. Since the economic liberalization of 1991, India's GDP has been growing at a higher rate — though, like many nations, India has not been spared a slight decrease due to the ongoing coronavirus pandemic.

In recent years, the government has demonstrated strong initiative to promote the pharmaceutical sector, including a $1.3 billion fund to encourage companies to manufacture pharmaceutical ingredients domestically by 2023. The National Health Protection Scheme is the largest government-funded healthcare program in the world, and it is expected to benefit 100 million poor families in the country by providing up to $7,723.20 per family per year. The Indian pharmaceuticals market is unique in many ways: branded generics represent more than 70 percent of the retail market, and local players have enjoyed a dominant position driven by formulation development capabilities and early investments. While the Indian pharmaceuticals market ranks 10th globally in terms of value, it is ranked third in volume of pharmaceutical products. McKinsey estimates that the Indian pharmaceutical market was valued at $12.6 billion in 2009 and expected to reach US$ 100 billion by 2025 for Indian Brand Equity Foundation.

Current And Future State Of The Indian Biologics Market

The global biosimilar market is expected to reach $35.7 billion by 2025, up from $11.8 billion in 2020, at a CAGR of 24.7 percent. According to the Association of Biotechnology Led Enterprises, India’s biologics market will grow at a compound annual growth rate (CAGR) of 22 percent to hit $12 billion by 2025.The market currently is dominated by simple biologics, such as therapies for the treatment of diabetes (insulin), oncology (EPO and mAbs), autoimmune, and cardiovascular diseases. Similar biologics for insulin and EPO enjoy 80 to 85 percent market share in India. However, complex biologics such as mAbs in Asia Pacific is estimated to be $5.94 billion in 2020 and is expected to reach $10.9 billion by 2025 at CAGR of 4.52%, in that landscape India is the fastest-growing country.

The market is driven by constraints on affordability and access. A rise in affordability, as in most cases, will drive overall market growth. Pricing decisions will be critical and, if optimized well, can lead to a manifold increase in market size. This is where the presence of biosimilars — or, in India, what are called copy biologics or similar biologics — has played a critical role.

It should be noted that “similar biologics” approved and marketed in India have not been subjected to the same rigorous controls and have not necessarily been tested in comparative trials with the reference product as required by regulators in the EU and U.S. They should not, therefore, be referred to as biosimilars according to the definition proposed by EMA. In 2012, the Central Drugs Standard Control Organization developed a guideline for approval of similar biologics, and in 2016 the regulatory requirement was revised to encourage more stringent evaluations of manufacturing process quality, safety, and efficacy. CDSCO has brought some important changes in its earlier guideline to try to align with other international agencies such as EMA and the World Health Organization.

India approved its first similar biologic in early 2000, prior to the European Union in 2006 and the United States in 2015. India is one of the leading manufacturers of similar biologics, and there is a thriving domestic market with 93 total products approved through 2019. The Indian similar biologics market was approximately $300 million in 2015, of which domestic sales were close to $250 million (14 percent CAGR), with expectations of reaching $40 billion by 2030. The export of similar biologics from India to highly regulated or emerging markets represents $51 million. The market is expected to be sustained by the Indian population’s cost-sensitivity. Many households do not have health coverage, and it is  estimated that 82 percent of healthcare costs in India are paid out of pocket.

The low cost of research and development has promoted the increased development of similar biologics in the country. For instance, while the development of a biosimilar takes approximately eight years in the European Union, the development of a similar biologic takes only three to five years in India.  The cost to develop a biosimilar in the EU or U.S. is estimated between $100 and $200 million, while in India it costs $10 to $20 million. This lower cost of development is attributed to several factors, including the lower cost of recruiting patients, fewer labor and service fees, as well as less stringent regulatory approval criteria.

Despite the local regulatory framework, there have been international successes for Indian companies such as Biocon, which successfully entered the U.S. market with two biosimilars — a pegfilgrastim and a trastuzumab — through its Mylan partnership. Most Indian companies that are engaged in biosimilar manufacturing do not attempt to enter the U.S. market due to the litigation and regulatory costs. Moreover, unlike the United States, India does not require biosimilars to be approved as “interchangeable” to allow pharmacists to switch patients from reference products without physician permission.

With more than 1 billion people, access to safe and affordable drugs is a must in India. Biosimilar drugs, due to their affordability, can play an important role and allow the Indian government to have a better healthcare system. However, as issues remain on the regulatory and manufacturing sides, India needs to see strong improvements to compete and appear as an important hub nationally and internationally.

The Indian government is taking steps to support the industry with the necessary infrastructure, funding and global collaboration to bridge the technical knowledge gap. For example, the government of India has also collaborated with many foreign universities to bridge the knowledge and technology gap. The Department of Biotechnology and the World Bank initiated ‘National Bio-Pharma Mission’ which is an industry- academia collaborative mission and is implemented by Biotechnology Industry Research Assistance Council.

Joseph Pategou is a consultant specializing in the pharmaceutical industry who has published more than 20 papers/articles in reputable journals, including Biosimilar Development, The Indian Economist, Labotech.eu, and others. You can connect with and follow him on LinkedIn or Twitter.