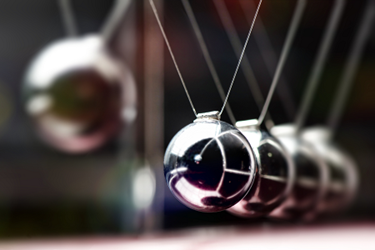 A recent decision by the U.S. Court of Appeals for the Federal Circuit has indicated that pharmaceutical makers with patent protection are unlikely to receive any compensation from the government for the loss of their patents during inter partes review (IPR) decisions by the Patent Trial and Appeal Board (PTAB).

In the case, Celgene Corp. v. Peter,1 the Federal Circuit affirmed multiple invalidating claims of two patents owned by Celgene as obvious in view of the prior art(. Unlike typical pharmaceutical patent claims directed to compounds, formulations, or methods of treatment, the invalidated claims were directed to aspects of Risk Evaluation and Mitigation Strategies (REMS) for the drug thalidomide. REMS programs are drug safety programs that the FDA requires for certain medications with serious safety concerns to help ensure the benefits of the medication outweigh its risks.2 To exemplify the type of claims at issue, a representative claim from one of the patents recites an aspect of the REMS procedure:

The FDA mandates that brand and generic(s) companies collaborate with a single shared REMS system, because if a brand drug product is subject to a REMS program, generic versions of the drug are subject to the same program.3 Accordingly, by patenting aspects of a REMS system, a brand company can attempt to delay generic and biosimilar competition, because the generic is required to participate in the system.

Additionally, commentators have accused brand drug companies of improperly using REMS programs to prevent generic companies from obtaining samples of brand products.4 Generic companies, however, must test their drug products against brand samples to show bioequivalence, and therefore cannot obtain the data necessary to file for approval of a generic product unless they have samples of the brand product.5 This potential for abuse has led to proposed legislation such as the Creating and Restoring Equal Access to Equivalent Samples (CREATES) Act, which would allow generic companies to bring a lawsuit against a brand company that declines to provide sufficient quantities of covered products.6 Although the CREATES Act appears to have broad bipartisan support, it has not yet passed.

Unpacking The Case: Are Patents Filed Pre-AIA Safe From IPRs?

The PTAB decisions in Celgene stemmed from four IPR petitions filed by the Coalition for Affordable Drugs. The Coalition for Affordable Drugs is an organization created by a hedge fund, which has filed multiple IPRs against a variety of pharmaceutical patents seeking to profit off changes in stock prices that would potentially occur if those patents were invalidated. In Celgene, the PTAB determined that virtually all claims of the two patents were invalid as obvious (all claims of U.S. Patent No. 6,045,501 and claims 1-9 and 11-32 of U.S. Patent No. 6,315,720). On appeal, Celgene made two arguments. First, Celgene argued that the Board erred in finding the claims obvious. Second, the company argued that because it filed its patents prior to the creation of the IPR system by the America Invents Act (AIA), their invalidation by the PTAB was an unconstitutional taking.

The Federal Circuit rejected both of Celgene’s challenges. After dispatching with Celgene’s arguments regarding obviousness of the claims, the Federal Circuit addressed Celgene’s contention that the retroactive application of IPRs to pre-AIA patents is an unconstitutional taking under the Fifth Amendment.

Under the Takings Clause of the Fifth Amendment, private property shall not “be taken for public use, without just compensation”7  Here, the parties agreed that a valid patent is private property for the purposes of the Takings Clause but disagreed regarding whether the invalidation of the patent in an IPR is a taking.8 Celgene argued that the application of IPRs to their pre-AIA patent was an unconstitutional regulatory taking because it unfairly interfered with its reasonable investment-backed expectations in its government issued patents without just compensation.9 Typically, a regulatory taking takes place when a government regulation limits the use of private property in a manner that effectively deprives the owner of the use or value of the property.

The Director of the Patent and Trademark Office (PTO), intervening on appeal, countered that the finding of claims unpatentable in an IPR does not effectuate a taking under the Fifth Amendment because the patent owner “never had a valid property right because the patent was erroneously issued in the first instance.”10 The PTO also argued that, even before the AIA, patents were subject to reconsideration and cancellation and therefore, Celgene should have known the patents were subject to revocation.11 As examples, the PTO argued that ex parte reexamination, inter partes reexamination — two additional and older procedures in which issued patents could be challenged at the PTO — and district court challenges have been available to challenge patents before the enactment of the AIA.

The Federal Circuit agreed with the PTO and determined that IPRs do not “differ from the pre-AIA review mechanisms significantly enough, substantively or procedurally, to effectuate a taking.”12 The Federal Circuit noted that ex parte reexamination had existed for roughly two decades prior to the issuance of the patents at issue, and therefore the patents were “granted subject to existing judicial and administrative avenues for reconsidering their validity.”13 The court concluded that “[a]lthough differences exist between IPRs and their reexamination predecessors, those differences do not outweigh the similarities of purpose and substance and, at least for that reason, do not effectuate a taking of Celgene’s patent.”14

What Does This Decision Mean For Biosimilars And IPRs?

The Federal Circuit’s Celgene decision is subject to further review, including a potential en banc review and certiorari to the Supreme Court, but changing the outcome may be unlikely. The Supreme Court previously declined to address such Takings Clause issues when it reviewed the constitutionality of IPR proceedings in Oil States stating:

We emphasize the narrowness of our holding. We address the constitutionality of inter partes review only. . . . Moreover, we address only the precise constitutional challenges that Oil States raised here. Oil States does not challenge the retroactive application of inter partes review, even though that procedure was not in place when its patent issued. Nor has Oil States raised a due process challenge. Finally, our decision should not be misconstrued as suggesting that Patents are not property for purposes of the Due Process Clause or the Takings Clause.15

After Celgene was decided, the Federal Circuit again confirmed that “even if . . . patent[s] pre-dated the AIA, application of IPR to [those patents] would not create a constitutional challenge.”16

Although pharmaceutical companies should monitor any further appellate review of Celgene, it appears unlikely that these patent owners will ultimately prevail. Also, it appears that future patent owners may be unlikely to succeed by raising unconstitutional taking challenges based on the Fifth Amendment after invalidation of patents in IPRs.

Jonathan Bachand is a partner in the Washington, DC, office of Knobbe Martens. He focuses his practice on helping companies protect their most important products and innovations. Bachand represents various clients in all areas of intellectual property law with an emphasis on representing pharmaceutical and medical device companies in adversarial patent proceedings. He can be reached at (202) 640-6400 or jonathan.bachand@knobbe.com.

William O. Adams is a partner in the Orange County, CA, office of Knobbe Martens. His primary focus is patent counseling and litigation in the biotechnology, pharmaceutical, and medical device fields, and he is co-chair of the firm’s Life Sciences Litigation Group. Adams has extensive experience advising clients on pre-litigation strategy, as well as litigation through trial in U.S. federal district courts, in the International Trade Commission (ITC), and at the Patent Trial and Appeal Board (PTAB). Through that experience, he has gained a deep understanding of the U.S. Hatch-Waxman Act as well as the U.S. Biologics Price Competition and Innovation Act (BPCIA). He can be reached at (949) 760-0404 or william.adams@knobbe.com.