What Is Skinny Labeling — And Will It Work For Biosimilars? 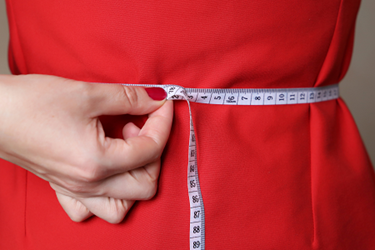 “Skinny labeling” refers to the practice of follow-on drug manufacturers seeking approval for some but not all the indications for which the branded drug has been approved. In the small molecule drug world, it has been a successful strategy for generic drug makers to get around the brand’s follow-on “new use” patents that keep the brand from falling off the “patent cliff” long after the expiration of the original patents. This strategy is starting to be used in the biosimilar realm.

Under the Hatch-Waxman Act, a filer of an abbreviated new drug application (ANDA) may seek approval only for indications not covered by the brand’s method-of-use patents listed in the Orange Book by submitting a statement under Section 505(j)(2)(A)(viii), known as a “section viii statement.” Section viii carve-outs are permissible if information relating to the patented use can be removed from the label without sacrificing safety and efficacy. The resulting “skinny label” will copy only the portions of the brand label that correspond to the non-patented indications.

With the patented use carved out, patent infringement suits involving skinny labels have largely been unsuccessful for the brand. In infringement suits based on ANDA filings, absent some express language in the proposed label that would cause the generic drug to be used in an infringing manner despite the carve-out, courts routinely found no infringement if the patented indication was not included in the generic’s proposed label. This is so despite the widespread and well-known automatic generic substitution by pharmacists and managed care organizations under state substitution laws, where generic drugs are substituted for the branded drug for all indications approved for the branded drug.

In the post-launch context, infringement suits involving method-of-use patents against generic drug makers typically proceed under an “induced infringement” theory (with the prescribers or patients being the alleged direct infringers), which not only requires that the defendant know about the patent, but also some communication from the defendant to the alleged direct infringers encouraging the patented use. When the patented use is included in the generic drug label, the label is often the best (and maybe the only) evidence of the requisite communication (although generic drug makers have argued that such communication would have little impact on a physician’s prescribing decisions and hence insufficient for purpose of establishing inducement). With the patented use carved out, however, evidence of communication would be hard to find, given that generic drug makers generally do very little, if anything at all, to promote the drug to doctors or patients, and rely instead on the brand to communicate with this segment of the market.

In the recent Coreg (carvedilol) litigation brought by GlaxoSmithKline against Teva, the trial court vacated a jury verdict and found no inducement of infringement during the “skinny label period,” when Teva used a partial label that carved out the patented indication: decreasing mortality caused by congestive heart failure (CHF).1 (Despite receiving approval for three indications, GSK only promoted Coreg in the U.S. for the CHF indication.) The court found that Teva’s skinny label neither included the patented CHF indication nor instructed doctors to prescribe generic carvedilol for an off-label use to treat CHF. The court was unpersuaded by GSK’s argument that Teva’s initial press release announcing the FDA’s tentative approval, which at the time included for “heart failure,” and marketing materials that promoted Teva’s generic carvedilol as AB rated to GSK’s Coreg (including juxtaposing Teva’s generic carvedilol with Coreg) without specifying that its generic carvedilol was not approved for the CHF indication, evidenced inducement. The court reasoned that listing a generic drug as AB rated simply signifies that the generic drug is therapeutically equivalent to the branded drug when used in accordance with the label and necessarily requires a comparison between the generic drug and the branded reference drug. The court also noted that there was no FDA requirement that a generic drug maker specify for which uses it is (or is not) AB rated.2 GSK is appealing the trial court’s ruling.

Most states and third-party payers have adopted laws and policies that either mandate or allow automatic generic substitution of the brand (unless the prescriber indicates “dispense as written” or “do not substitute”), regardless of whether the generic drug is approved for all the indications that the branded drug is approved for. And most physicians do not even read the generic’s label but rely solely on the brand’s label and marketing in making prescription decisions. As a result, skinny labeling allows generic drug makers to side-step the brand’s new use patents with little financial consequences. Indeed, according to the court documents filed in the Coreg/carvedilol litigation, there was almost no market impact as a result of Teva’s change from the skinny label to the full label for its generic carvedilol in 2011.

Whether skinny labeling will be a commercially successful patent avoidance strategy for biosimilar developers is a more difficult question to answer. Ultimately, it is a balance between the cost savings (including intangible costs such as interference with the business operation, losses in productivity, and employee morale) resulting from lowered litigation risks and the loss of market opportunities resulting from the carve-out. There are a number of differences between biosimilars and generics that complicate the economic calculation.

Most importantly, only biosimilar products approved as an “interchangeable product” may be substituted for the reference product without consulting the prescriber first. Of the over a dozen biosimilar products approved in the U.S. to date, none has yet earned the “interchangeable” designation. In addition, at least 20 states require that the individual patient be notified of the substitution, and some states require patient consent before any biosimilar substitution. Without automatic substitution, capturing even a small portion of the market for the carved-out indication would be challenging to say the least.

Moreover, the potential loss of commercial opportunities is not limited to the market for the carved-out indication. Unlike generics vis-à-vis their branded counterparts, it is virtually impossible to have an “identical” biosimilar version of a branded biologic product. Any carve-out can add to the perception that the biosimilar product is “different” than and not as effective as the reference product.

At the other end of the calculation, simply carving out the patented use likely will not be sufficient to reduce the risk of litigation to a negligible level, but will only delay the potential fight until after launch. Unlike generic drug makers, who can simply ride the coattails of the brand’s marketing and messaging thanks to automatic substitution, biosimilar makers will have to spend a considerable amount of effort to promote their products, including directly to patients and doctors. If undisciplined, such communications, often carried out by zealous sales representatives, can be fertile grounds for potential evidence of “inducement” of off-label, infringing uses.

We are beginning to see examples of biosimilar skinny labeling. In the ongoing Enbrel/Erelzi litigation between Amgen and Sandoz, Amgen dropped three psoriasis treatment patents from the suit after Sandoz received FDA approval for an amended label that carved out the psoriatic indications (and to the disappointment of some, mooting a would-be first court decision on biosimilar skinny labeling) and proceeded to trial with two remaining patents directed to a TNF receptor fusion protein and a method of making the protein. As the legal battle is still not resolved and Erelzi has yet to be launched in the U.S., we will not know any time soon whether skinny labeling was a good commercial strategy for Sandoz.