What Types Of Life Sciences Patents Are Vulnerable To Section 101 Challenges? 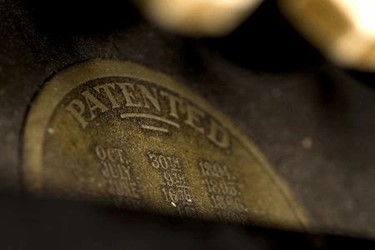 To be entitled to a patent, an invention must satisfy a number of patentability requirements, including the “patent eligibility” requirement under 35 U.S.C. § 101.  In Part 1 of this three-part series, we reviewed the origin of the three “patent ineligible” subject matters, the evolution of the U.S. Supreme Court’s jurisprudence on the issue, and how the Supreme Court’s decision in Mayo Collaborative Services v. Prometheus Labs, Inc. changed the patent-eligibility landscape for life science patents.

In Part 2, we take a closer look at the life sciences patent cases where patent eligibility was at issue. Issued rulings from lower courts in the past five years indicate that patents concerning diagnostics, personalized medicine, and health information technology are particularly vulnerable to Section 101 challenges.  Surprisingly, even method-of-treatment inventions, which would easily pass muster under Section 101 in the past, were found to be patent ineligible by some courts as directed to an abstract idea, a law of nature, or a natural phenomenon.

Not just diagnostic or software-related patents are under attack.  The challenged patents include drug composition and method-of-treatment claims that were traditionally viewed as an application of a law or product of nature and therefore would easily pass muster under Section 101.  Following is a summary of the main categories of life sciences patent claims that were challenged in district courts in the past five years and their respective fates:

Like software patents, patents directed to health information technology (for example, methods and systems for guiding the selection of a treatment regimen using knowledge databases and expert rules) or telemedicine are generally regarded as directed to an abstract idea or a mental process implemented with conventional computer or communication technology.  Unless the patentee can convince the court that the claims are directed to a specific improvement in computer capabilities or recite a technical improvement over prior art, patents in this category are likely found to be invalid under Section 101.

Diagnostic and personalized medicine patents do not fare much better, which is to be expected following Mayo and Myriad.  As noted earlier, although the Supreme Court made clear that an “application” of a discovery “may well be deserving of patent protection,” lower courts now generally require that the tool or technique used for the “application” must itself be innovative, effectively collapsing the novelty and nonobviousness requirements of Sections 102 and 103 of the patent statute with the patent eligibility analyses under Section 101.  Under this approach, claims directed to tools for genetic screening or methods of detecting, measuring, and correlating certain biological phenomena — including those directed to improving therapeutic efficacy of a drug — are generally viewed as merely implementing a law or product of nature with conventional laboratory technologies.

Even method-of-treatment claims, which have been a fixture in drug patents and commonly used to expand a brand drug manufacturer’s patent landscape upon the discovery of new indications, are vulnerable to Section 101 challenges under the current legal framework.

In Endo Pharmaceuticals., Inc. v. Actavis Inc., 2015 U.S. Dist. LEXIS 155034 (D. Del. Nov. 17, 2015), Judge Andrews of the U.S. District Court for the District of Delaware adopted Magistrate Judge Thynge’s report and recommendation,1 which held that claims reciting a method of treating pain by administering to a patient oxymorphone dosed in accordance with the patient’s creatinine clearance were directed to a law of nature, and the administering step was insufficient to turn the natural law into a patentable application.  According to Judge Andrews, the subject matter of the invention was “the reaction of the human body of a renally impaired individual to oxymorphone, which is unquestionably a natural law.”

In Boehringer Ingelheim Pharmaceuticals, Inc. v. HEC Pharm Co., Ltd., 2016 U.S. Dist. LEXIS 169812, (D.N.J. Dec. 7, 2016), Judge Sheridan of the U.S. District Court for the District of New Jersey held that claims reciting a method of treating metabolic disease in patients intolerable to metformin therapy by administering a dipeptidyl peptidase-4 (DPP-4) inhibitor were patent ineligible because they were “directed to an abstract idea of administering a drug to a targeted patient population,” and the additional features recited in the claims were no more than “a well-understood, routine, conventional activity” and insufficient to “transform the abstract idea of administering DPP-IV inhibitor to a patent eligible subject matter.”

In Mallinckrodt Hospital Products IP Ltd. v. Praxair Distribution, Inc., 2017 U.S. Dist. LEXIS 142644 (D. Del. Sept. 5, 2017), the patents at issue were listed in the Orange Book for INOmax and included method-of-treatment claims in which neonatal patients were first screened for left ventricular dysfunction, and only those without left ventricular dysfunction would receive 20 ppm inhaled nitric oxide (“iNO”).  Judge Sleet of the Delaware District Court found such claims patent ineligible as directed to a natural phenomenon — the increased risk of pulmonary edema that develops when administering iNO to neonatal patients with both hypoxic respiratory failure and left-ventricular dysfunction.  Drawing a parallel with the patent-ineligible claims in Mayo directed to optimizing therapeutic efficacy of thiopurine drugs, Judge Sleet found that the core of the invention before him was “really a patient populations’ natural physiological response to 20 ppm of inhaled nitric oxide treatment,” and the additional steps — including the step of “administering 20 ppm inhaled nitric oxide treatment” — were “routine and conventional in the art.”

And in two related actions brought by Natural Alternatives International, Inc.,2 the patents at issue included claims reciting methods of regulating hydronium ion concentrations in a human tissue or increasing anaerobic working capacity in a human subject by administering beta-alanine in an amount effective to increase beta-alanylhistidine in the tissue.  In finding the claims invalid under Section 101, Judge Huff of the U.S. District Court for the Southern District of California held that the claims were directed to “a law of nature, specifically the principle that ingesting certain levels of beta-alanine, a natural substance, will increase carnosine concentration in human tissue and, thereby, aid in regulating the hydronium ion concentration in the tissue[,]” and that the additional claim elements do “nothing more than simply state the relevant law of nature and add the words apply it to human tissue.”

The follow-on method-of-treatment claims directed to new indications or new dosing regimens are especially vulnerable, because the drug or active ingredient itself would no longer be “innovative” and would likely be insufficient to provide the “inventive concept” required in step two of the Mayo/Alice framework.  Unless and until the Supreme Court reins in the scope of the reach of Section 101, method-of-treatment claims will become an endangered species quickly.

Other than in the nutraceutical context, no serious Section 101 challenges have yet been brought against a new drug compound or formulation.  In Shire LLC v. Amneal Pharmaceutical, LLC, 2014 U.S. Dist. LEXIS 85369 (June 23, 2014), Judge Chesler of the District Court of New Jersey rejected the defendants’ argument that claims directed to a composition comprising a specified amount of lisdexamfetamine having certain PK properties were patent ineligible because the PK limitations allegedly involved “nothing more than recording the results of how a body naturally acts upon the drug or the presence of the drug in the body acts upon the body.”

In Endo Pharmaceuticals Inc. v. Amneal Pharmaceuticals, LLC, 2015 U.S. Dist. LEXIS 114816 (S.D.N.Y. Aug. 14, 2015), Judge Griesa of the U.S. District Court for the Southern District of New York rejected a similar “natural phenomena” argument in holding that claims directed to a controlled-release oxymorphone tablet having certain PK limitations were patent eligible.  Judge Griesa noted that “[t]hese pharmacokinetic effects are only possible” because of “the dosage form, the invention itself.”  (Emphasis in original.)

While atypical and unsuccessful, the defendants’ patent ineligibility arguments against drug composition claims based on the recited PK properties reflect an emboldened practice of routinely and indiscriminately challenging patent eligibility of any claims that even touch on an abstract idea, a law of nature, or a natural phenomenon.

What appear to have weathered the Section 101 scrutiny are claims directed to laboratory techniques, medical devices, or medical or surgical procedures — that is, inventions generally perceived as innovations of the hands rather than minds.

In Myriad, the Supreme Court noted that had “Myriad created an innovative method of manipulating genes while searching for the BRCA1 and BRCA2 genes, it could possibly have sought a method patent.”  In CellzDirect (referenced in Part 1), the Federal Circuit held that patent claims related to a laboratory technique for preserving hepatocytes were not directed to a patent-ineligible law of nature because the claims were not “simply an observation or detection of the ability of hepatocytes to survive multiple freeze-thaw cycles” but directed to a new and useful “method of producing a desired preparation of multi-cryopreserved hepatocytes.”  (Emphasis in original.)

Patent eligibility challenges against claims directed to medical devices or surgical tools and procedures have also generally been unsuccessful, being rejected by most courts at step one of the Mayo/Alice inquiry.

In Part 3, we will review what the current trend means for patent eligibility of biologic and biosimilar patents.