Which Biosimilar Companies Will Thrive In 2025? 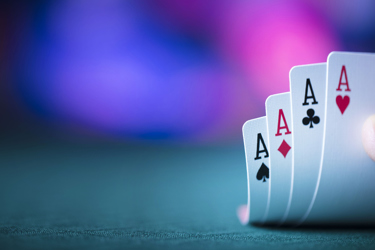 Five years after the first biosimilar (Sandoz’s Zarxio) was made available for prescription in the U.S., the American biosimilar market may be turning a corner on the road to sustainability. Zarxio has a leading position in the filgrastim marketplace. Pegfilgrastim biosimilars have captured more than one-quarter of Amgen’s Neulasta business. According to the latest reports from Sanford Bernstein’s Ronny Gal,1 there is a rising, satisfying uptake of trastuzumab and bevacizumab biosimilars as well. The fourth biosimilar trastuzumab was launched days ago.2

Even in a category where biosimilars have not made sufficient gains (i.e., infliximab), the average sales price (ASP) of the reference product has decreased at least 20 percent.1 At the recent World Biosimilar Congress meeting in San Diego, hope was expressed by some speakers that an etanercept biosimilar may be launched within 10 months, not 10 years. And the clock ticks toward 2023 and the much-anticipated milestone launch of multiple adalimumab biosimilars.3

Today, three biosimilar categories have at least three competitors (filgrastim, counting tbo-filgrastim; pegfilgrastim; and trastuzumab).4 That will likely increase with new entries in the infliximab, bevacizumab, and rituximab categories within the next 12 months, driving down the net (and wholesale acquisition cost [WAC]) cost of medications to payers and providers. The industry is clearly at a crossroads: moving forward to more success or being victims of its own success.

Currently, the number of successful biosimilar companies is limited (Table 1). As we move through 2020, a couple of other companies may edge their way onto this list. Furthermore, other companies may be successful in Europe but not in the U.S., which may finance their efforts in America. The point is that only four companies and products are mentioned to date. The question remains, will new companies join the fray?

Table 1: Biosimilar Companies With Successful Products In The U.S.

*Based on an analysis of Sanford C. Berstein data from January 2020.

Specifically, pharmaceutical companies have attempted to monetize their biosimilar launches in a couple of different ways:

Some, like Pfizer, are engaged in a combination of these activities. A few, like Boehringer Ingelheim, have reached significant biosimilar milestones but have not yet launched a product. This listing does not consider  contract manufacturing organizations.

At the crossroads, a few companies have begun to make strategic decisions in moving forward on the biosimilar front. Biogen, which is a part owner with Samsung Biologics in Samsung Bioepis, signed a contract to market several of Samsung’s pipeline biosimilars in the U.S.5 Up to this point, Biogen had kept to the sidelines in the U.S. marketplace, although it has been active elsewhere.

Merck decided to spin off its biosimilar business, keeping it separate from research and development of innovative products.6 This may enable it to more independently seek out additional marketing agreements. Pfizer has taken a different approach, moving its older off-patent businesses away from its core pharmaceuticals (selling them to Mylan).7 This may help focus even more attention on its biosimilar pipeline.

Coherus Biosciences has moved into the combination category by licensing a biosimilar bevacizumab product from a Chinese company with the hopes of obtaining FDA approval and marketing the agent.8

Smaller Pieces Of A Large Pie Or More Slices Of A Small One?

There are several good reasons for taking these various actions. One is the realization that very few biologics coming off patent will be Humira- or Enbrel-size blockbusters. If we consider Humira, and the likelihood that at least six (perhaps even eight) will be approved and launched in 2023, the total sales revenue in the category will shrink and fast. What was a product that accounted for $15 billion in U.S. sales in 20199 may be a fraction of this in 2024, as competition forces the WAC down and rebates/discounts up. In other words, biosimilar competition should lower those total revenues substantially, assuming new prescriptions do not increase dramatically to counter this effect.10

Keep in mind that AbbVie has shown no willingness to relinquish the market in Europe. Nor should we assume that any reference biologic manufacturer will be acquiescent in losing the dominant market share. They have already covered their research and development costs; profit margins are therefore high. On the other hand, adalimumab biosimilar makers have been sitting on their products in the U.S. (if they have not marketed in Europe) for years and have still to recoup the costs of their R&D and litigation efforts.

Consider the following example. Unlike in the Humira market, multiple sequential launches for biologics with an initial $3 billion in gross sales revenue will mean smaller slices of the pie for biosimilar makers. That $3 billion will likely not include the value of rebates, so the total earnings of the reference manufacturer may only be $2.5 billion before competition. If four biosimilar makers launch their agents soon after patent expiration (or reach settlements), the total may drop almost immediately to $1.5 billion, based on increasing WAC discounts and rebates. Assuming the reference maker retains a 30 percent share, earnings for some biosimilar makers could be less than $250 million. Finally, in the case of a manufacturing/marketing partnership, the two companies would have to divide that revenue per their agreement. Under this scenario, at least one manufacturer would almost certainly withdraw from the market.

With declining drug sales revenues a short time after product launch, initial “blockbuster” revenue levels for some reference agents may not be enough to sustain a healthy, competitive biosimilar market. This may put more pressure on biosimilar firms to maintain profitable pricing levels. The latest biosimilar launch, Herzuma by Teva and Celltrion, was announced at a WAC discount of only 10 percent  of that of Herceptin.2 This seems less aggressive than might be expected for the fourth trastuzumab to enter the market. Instead, it may be an attempt to prevent what could be a steep decline in pricing. On the other hand, Teva may decide to emphasize deep discounts and rebates with individual payers and health systems.

Certainly, payers will be less than impressed by a 10 percent WAC discount. It does leave plenty of room for further dealmaking. The key for biosimilar makers, though, is how competitive will the competition be?

The current drug rebating system has inhibited the market penetration of some biosimilars, most notably infliximab. In a few cases, managed care organizations have made concerted efforts to cover biosimilars over reference agents; Kaiser’s preference for biosimilars, as an example, has been well covered. However, this strategy has not been implemented widely.

Part of the reason may be payers’ perception that simply having biosimilars as competitive agents has had the required effect — payers are seeing net savings in any case. Average sales prices (which are net of discounts and rebates) have been falling for all biologic categories for which multiple biosimilar competition exists.1 For infliximab, the ASP of Remicade is down more than 20 percent, and Bernstein data suggests that overall, ASPs are falling by 9 percent per year with biosimilar competition.1

A few of the companies that have already fallen by the wayside provide some hints of what to expect in the next few years. Momenta, Baxalta, Epirus, Adello, and Apobiologics11 are some of the names that are no longer in business, have sold their interests, or have simply dropped out of the biosimilar arena. It seems that the larger, well-capitalized companies have the requisite staying power to launch their biosimilars and attain profitability. Boehringer Ingelheim does not sell biosimilars in Europe and rests its biosimilar fortunes on one product (regardless of its ability to obtain an interchangeability designation for Cyltezo). Yet, it seems content to wait until 2023 to see how the adalimumab market plays out. It is not committed to biosimilars beyond this point.

Coherus believes that diversification is the key to its future. It is selling its own biosimilar pegfilgrastim (Udenyca) and looking to commercialize a partner’s bevacizumab. It is also developing its own ophthalmology biosimilars and an innovative pharmaceutical for the treatment of a liver disorder.

Merck’s spinoff certainly opens the door to more diversification. Its women’s healthcare products and over-the-counter agents could serve to balance any risks from its biosimilar endeavors. Pfizer’s sale of its legacy products to Mylan can mean more attention on growing its biosimilar pipeline.

Amgen Biosimilars is not a separate subsidiary of Amgen. However, this division within the corporation does seem to help define its focus on biosimilars. Amgen is a large biologic manufacturer, and it has the resources to optimize current biologic sales, emphasize work on its large biosimilar pipeline, and, if necessary, launch at risk when possible.

Overall, companies will have to efficiently earn profits on generally lower-revenue biologics, especially as we move into the third and fourth generations of biosimilars. Beyond Lucentis and Eyelea, will new prospective companies be attracted by the remaining aging anti-TNF inhibitors, the initial interleukin agents, and more exotic cancer-treating biologics? The original phalanx of successful biosimilar makers were attracted to the big revenues from Humira, Enbrel, Herceptin, and Avastin.

The key will be whether they can be satisfied with the $200 to $300 million annual earnings that they may face in the future. If they aren’t, other nimble firms may see that level of sales (possibly for multiple agents) as a worthwhile goal — especially if they don’t have to spend their money on manufacturing through marketing arrangements and the costs for developing the data for an FDA application decreases.

Note: A portion of this article was adapted from Where the U.S. Biosimilar Market Is Heading and When It Might Get There by the author.

Stanton Mehr is content director of Biosimilars Review & Report (www.biosimilarsrr.com) and president of SM Health Communications (www.smhealthcom.com). He consults on payer issues and health policy, as well as on the biosimilar arena. You can contact him at stan.mehr@smhealthcom.com.