Will Authorized Biologics Disrupt The Market For Biosimilars? 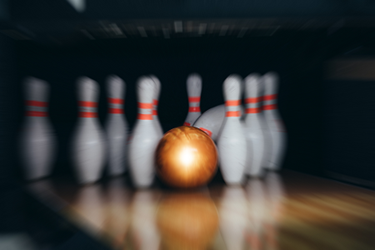 What we have learned from authorized generics and the interchangeable guidelines

Authorized small molecule generics have been subject to some controversy. Some take the view that an innovator’s launch of an authorized generic is anticompetitive by design and implemented solely to discourage generic entry into the market by undercutting a generic’s ability to turn a profit, leading to less ANDA filings and generic competition over time. Others believe that they are procompetitive, by not only offering an immediate lower cost alternative to consumers but also by providing more competition in the generic marketplace which may lead to lower prices for consumers. With the passing of the Biologics Price Competition and Innovation Act (BPCIA) in 2009, and a recent increase in biosimilar activity in the U.S., this same debate has started to enter the fledgling biosimilar space, leading commentators to ask whether we will see “authorized biologics” / “branded biosimilars” in the near future and how that might affect the biosimilars marketplace.

What the past has taught us: Launching authorized generics has not significantly affected ANDA filings and has resulted in a more robust generic market and lower prices for consumers overall.

Although the marketing of authorized generics began in the 1990s, the practice just began to gain in popularity around 2003, potentially due to an uptick in 180-day exclusivity awards under the Medicare Modernization Act and increased generic penetration in the market.1 Concerns over the commercial effects of these authorized generics, especially when marketed during a generic’s 180-day exclusivity period, spurred a number of research studies, reaching varying conclusions.2

In 2006, at the request of members of Congress, the FTC began the process of obtaining authorization to conduct its own study to examine the short- and long-term competitive effects of authorized generic drugs.3 Drawing upon information it collected directly from 59 brand-name and 59 generic companies (through compulsory information requests), FDA databases, and pricing and sales information from commercial sources, including information related to 119 oral-solid authorized generic products first marketed between January 1, 2001 and December 31, 2008, the FTC sought to compile a more robust dataset than previous studies from which to draw its conclusions.4 While the Final Report, published in 2011, and its preceding Interim Report, published in 2009, noted that there was considerable evidence that “[Authorized generic] entry significantly decreases the revenues of a first-filer generic company during its 180-day exclusivity period,”5 the Final Report ultimately concluded that, while there were some examples to the contrary, patent challenges by generics were not deterred on a whole, despite the potential for lost revenue, and that the consumer ultimately benefitted from the introduction of authorized generics in the market, including paying lower prices from additional competition during and after the 180-day exclusivity period. Specifically, the Report concluded, in part:

“[P]atent challenges, even on drugs with low sales, remain robust and, by most measures, have increased despite the prevalence of authorized generic competition;”6 and

Importantly, since its publication in 2011, this Report has remained one of the most robust studies conducted on these issues and its findings have remained unchallenged by any new quantitative analysis of the same caliber. With this information, it appears that despite the anxiety some commentators have assigned to authorized small molecule generic entry, and its potential to discourage generic competition, the real world analytics indicate that authorized generic entry has not halted generic competition and in fact provides important benefits such as lower prices overall to consumers.8

Biosimilars are not interchangeable with their brand name counterparts — which is a fundamental difference from the small molecule space and will be a factor in the economics of authorized biologics.

With the above information, understanding why it is difficult to draw a direct parallel between the small molecule generic market and the biosimilar market requires an understanding of how these products are treated at the pharmacy counter.

Small molecule generic drugs on a whole are created to be therapeutically equivalent to their innovator/reference listed counterpart. The FDA “requires drug companies to demonstrate that the generic medicine can be effectively substituted and provide the same clinical benefit as the brand-name medicine that it copies.”9 As such, innovator small molecule drugs may be substituted at the pharmacy counter for their generic counterparts, many times without the need to involve the prescriber.10 While specific state regulations vary on when a generic may be substituted for the innovator’s product at the pharmacy, the Department of Health and Human Services has reported that “[g]eneric substitution rates . . . are almost 90 percent when there is a generic equivalent available.”11 Because this substitution is so straightforward, and rarely involves a medical decision, generic drug makers can expect sales of their products without much effort put into advertising, brand loyalty, or carving out a market space for themselves.

On the other hand, because of their nature and method of manufacture, truly identical copies of biologic products by others are “currently impossible to produce.”12 Under the BPCIA, “copies” of innovator biologics may come in the form of either a biosimilar or an interchangeable. Biosimilars are “highly similar to and [have] no clinically meaningful differences from an existing FDA-approved reference product.”13 But it is not until a biosimilar undergoes additional testing to show, for example, that the product “is expected to produce the same clinical result as the reference product in any given patient” that it will be classified as an interchangeable.14 This interchangeable designation brings with it the ability to substitute the biologic for an interchangeable product at the pharmacy counter without the involvement of the prescriber, and the NCSL has reported that as of May 2019, “47 states have passed biosimilar substitution laws with most requiring that the drug be designated as interchangeable.”15 While this places an extra emphasis on the importance of interchangeable development to the economics of the biologics space, it is important to note that no interchangeables have been approved by the FDA to date.

Also, recent reports have shown that the market penetration of biosimilars over innovator biologics is nowhere near that of generic small molecules.16 One extreme example includes sales of biosimilar Inflectra, which was reported to have only captured 1.3% of the infliximab market one year after its launch.17 While there may be many factors contributing to this phenomenon in the biologics space, the fact that biosimilars are not interchangeable for their innovator counterparts is certainly a contributing factor.18 Not only are they ineligible for automatic substitution at the pharmacy, but prescribing physicians may also be “reluctant to switch patients who are stable on the reference product to a new therapy.”19 Because the market penetration for biosimilars has not been as quick as small molecule generics, there may be little market incentive for innovator companies to join the biosimilar market in the form of a branded biosimilar / authorized biologic. While at least one innovator company has publicly hinted that it may be considering the development of “second versions of their innovator biologics,”20 we are likely still years away from observing any market changes that could possibly result from any mainstream adoption and implementation of branded biosimilar / authorized biologic development and sale, which, for reasons stated above, will likely be highly dependent on and influenced by the development of interchangeables.

An important situation to keep in mind is the impending transition of insulin products from a small molecule regulatory scheme to the biologics regulatory scheme, which is expected to occur in 2020.21 The hope is to open up this market, which has been plagued with rising prices and accessibility issues, to biosimilar competition, by “enabl[ing] a more robust route for developing lower cost copies of insulin, including products that are fully interchangeable with branded insulins.”22 According to the Orange Book, there are over 30 branded insulin products available on the prescription market, including a couple of follow-on insulins (Sanofi’s Admelog and Eli Lilly’s Basaglar)23 but only one generic - Insulin Lispro Injection - which is an authorized generic of Humalog U-100 launched on May 22, 2019 by Eli Lilly at approximately 50% of the brand price.24 Novo Nordisk has also recently announced plans to launch authorized generics of its NovoLog (insulin aspart) and NovoLog Mix (insulin aspart protamine and insulin aspart) products for January 2020 at approximately the same discount.25 The question becomes, how will these authorized generics be handled in the transition to being regulated as biologics? While there is clear intent that all insulins approved under the Food Drug and Cosmetic Act “shall be deemed to be a license for the biologic product under section 351 of the Public Health Service Act” once the transition takes place in March 2020,26 it is unclear if the interchangeability of the authorized generic will be preserved. Potentially, the FDA may, to keep with the agency’s commitment to “bring competition to the insulin market to lower prices and expand access,”27 grandfather in any existing authorized generic that is already on the market as an “interchangeable product” (although it may have a different official name and may not be required to meet the specific clinical requirements of a new interchangeable). Doing so would also limit disruption of existing marketplace competition, interchangeability at the pharmacy counter established under the small molecule scheme (in the case of the authorized generics), and, to the extent it exists, patient reliance on its accessibility.28

In sum, the likelihood of mainstream development and entry of branded biosimilars / authorized biologics, their economics, and their effects on competition, will likely not be realized until interchangeables are approved by the FDA. The final interchangeable guideline that came out in May 2019 may well accelerate this process, and state laws that provide substitution rules for interchangeables will also have an impact, particularly those that have mandatory substitution. However, once the interchangeable market matures, there is potential that the outcomes for authorized biosimilars that enter the market may model what we have seen with the authorized generic market, which appear to have been a positive for both the consumer and competition.

Ha Kung Wong is a partner in Venable Fitzpatrick’s Intellectual Property Litigation Practice. He practices general intellectual property law, with an emphasis on complex patent and trade secret litigation in pharmaceuticals, biologics, and chemistry. Wong has litigated cases related to protein pump inhibitors, anti-epileptic drugs, anti-tussives, RNAi eye care products, and a host of other pharmaceuticals. He has extensive experience with inter parts review (IPR), post-grant review (PGR), intellectual property counseling, pre-lawsuit investigations, and IP transactions, including licensing and due diligence. He can be reached at hwong@venable.com.