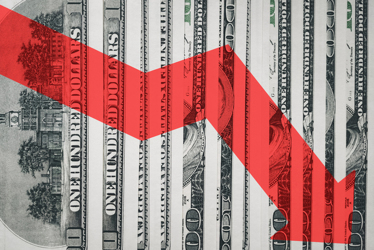 One of the burning questions in the biosimilar market (and for the future of biosimilars here in the U.S.) remains unanswered. It may not be answered for several years, but we believe there may be a level of sales revenue at which prospective biosimilar manufacturers will begin to lose interest in a particular biologic product. It is the point where the opportunity cost of an agent falls below the projected future revenues.

Some companies may use their own mathematical formula for determining this threshold. It would be highly individualized and variable, based on the size of the company, other products, and the developmental or marketing status of each one. For the first and second generation of biosimilars, the targeted biologics all had U.S. sales figures exceeding $2 billion to $3 billion per year before biosimilar launch. With competition between multiple biosimilars and the reference brand, this yields healthy biosimilar sales projections. In a stable biosimilar market, this might be $400 million or considerably more. Even as prices fall in a mature drug category, expectations of annual sales revenue may still be in this range. For example, when perhaps eight adalimumab biosimilars are launched in 2023,1 even splitting up the $15 billion pie2 with reference manufacturer AbbVie will result in several biosimilar makers earning more than $1 billion each year, probably in rapid fashion.

However, most biosimilar opportunities exist within the segment of biologics earning less than $1 billion per year, according to Aurelio Arias, engagement manager, European Thought Leadership, IQVIA. At a webinar held on September 24, Arias said, “For those products, price erosion will occur more slowly [than in the higher-revenue categories], because there will be less competition.” He envisions this category to be dominated by small and midsize biosimilar manufacturers, perhaps from India and China, “who can operate from a lower cost base.”

Within this segment, if an organization initially spends $150 million to develop and launch its biosimilar, it could gain sufficient market share to recoup that investment quickly. This may even be the case down to perhaps $200 million in annual sales. Focusing on a biosimilar with relatively low revenue potential may not necessarily be a good business strategy for a drug maker with no other products to sell. It may not be able to fund sales and new R&D activities solely through sales of this biosimilar, minimizing profits. Consider also that total revenues will likely decrease, as the biosimilar maker lowers its prices to gain market share. That company would likely need to seek investment capital to grow further.

Under $100 million in sales, Arias explained, may be characterized as more of an orphan biosimilar market. He doesn’t believe biosimilar development and manufacturing are viable in this segment, even without competition.

It is no surprise then, that the biosimilar pipeline itself is dominated by blockbuster biosimilar candidates. Arias pointed out that based on publicly disclosed information, there may be threefold more investigational agents for biologics earning more than $1 billion annually than for smaller-revenue agents.

As we turn our eyes to the third generation of biologic targets, total sales revenues come down a bit but are still over $1 billion (e.g., ranibizumab3 and certolizumab4). On the other hand, ustekinumab4 and aflibercept5 offer large revenue pies ($4.3 billion and $4.6 billion, respectively), and biosimilar manufacturers can hope for lucrative slices.

That brings us to potential biosimilar competitors for biologics with considerably less in U.S. sales. Will biosimilar makers have any motivation to develop these agents? Biosimilar Development decided to do a deeper dive into one of these products, which may represent a broader base of biologic agents, beyond autoimmune and oncology agents.

The Case Of Palivizumab

Palivizumab (Synagis) is an injectable monoclonal antibody used to help prevent respiratory syncytial virus (RSV) infection in high-risk children. The product was first approved in 19986 and marketed by MedImmune.

Nearly all children contract RSV during normal development, generally before 2 years of age.7 It can cause acute respiratory symptoms, resulting in hospitalization and even death. In one study, the average rate of RSV-related hospitalizations was 5.2 per 1,000 children younger than 2 years, with about a fivefold higher rate for children no older than 2 months.8 In the majority, symptoms are minimal and benign. In the U.S., infant mortality from RSV infection is very low, but this is not the case in developing countries. In addition, RSV can be dangerous in older adults, especially those who are immunocompromised or have chronic obstructive pulmonary disease. The Centers for Disease Control and Prevention estimates that RSV infection causes hospitalization of more than 177,000 older adults each year in the U.S.; 14,000 of these patients will die as a result of RSV infection (Synagis is not approved for the prevention of RSV in adults).9

Synagis is an unusual biosimilar target for several reasons. First, it is approved for one indication6 only. Second, the principal patents for the reference product expired in 2015 (in the U.S. and EU). Third, there does not appear to be any ongoing patent litigation, which may help stoke the interest of prospective biosimilar makers.

In terms of sales, Synagis is not considered a blockbuster. Globally, Synagis generated greater than $650 million in 2016, and U.S. sales totaled $325 million that year.10 Since then, competition from other novel biologics began to erode that figure.11 AstraZeneca purchased MedImmune in 2007,12 with AbbVie retaining the rights to Synagis’ ex-U.S. sales. The MedImmune division of AstraZeneca had been developing a next-generation RSV treatment (a vaccine in Phase 2 trials) called MEDI8897 or nirsevima. AstraZeneca entered into an agreement with Sanofi Pasteur in 2017 to co-develop and co-market nirsevima, and several clinical trials of nirsevima are underway.13

In November 2018, AstraZeneca sold its remaining half-interest in Synagis to Swedish Orphan Biovitrum in a deal that also includes MEDI8897.14 One source cited U.S. sales of Synagis totaling only $269 million from June 2017 to June 2018.14 Perhaps AstraZeneca anticipated biosimilar competition, which could dramatically reduce the chances of success for the investigational product as well.

What makes palivizumab interesting is not only its current financial picture, but that there had been interest expressed by known biosimilar companies — BioXpress Therapeutics, mAbxience, and Celltrion — as recently as late 2017.15 In the three years that have since passed, the prospective biosimilar competition has changed somewhat. BioXpress no longer lists this agent among its five pipeline biosimilars.16 mAbxience has a Phase 1 trial underway in healthy adult volunteers, which is scheduled for completion in October 2020.17 Celltrion’s biosimilar palivizumab (CT-P14) is no longer listed in its pipeline. The Australian company Neuclone lists palivizumab in its pipeline, not yet ready for Phase 1 trials.18

How then do manufacturers like these approach a biosimilar opportunity like palivizumab? Actually, they may take a point of view that is directly opposite to that of the high gross revenue first approach. In an email, Eduardo Cioppi, regional director–Latin America, mAbxience, explained to Biosimilar Development, “Although there is a natural trend to choose the pipeline according to the top-selling innovators, there are several unmet needs at a global level that also require attention — the available innovators sometimes are unaffordable to the health system. Infections caused by the RSV are the second-greatest cause of infant mortality (particularly babies and prematurely born infants) globally.” Cioppi stated, “Based on this aspect, it is also advisable to include niche- biosimilar products into the pipeline. Palivizumab represents a global project for mAbxience, and the EU and U.S. are within the scope of the program.” The primary markets are not the EU and U.S. but the developing countries. In other words, the $200 million U.S. revenues will supplement the company’s main revenues. That being the case, mAbxience may not file for approval in the EU and U.S. early on but only as part of the greater global effort.

Cioppi commented that “palivizumab’s high costs make this biotherapeutic product unaffordable for children in lower- and middle-income countries, which are the areas where the virus is most prevalent and the associated mortality rates are the highest. It will represent an affordable alternative to the health systems at a global level. This is one of the key drivers for mAbxience to support this program.”

This approach does mean that companies like mAbxience will need to contend with regulatory requirements of both the developing countries (perhaps through WHO prequalification19) and the FDA and/or EMA, which may require later-stage trials. A more global view of biosimilar development could be the template for meeting unmet needs in developing countries, while still tapping into Western markets to support R&D and satisfy shareholders.

10. Full-year and Q4 2016 results: Performance in line with expections; 2017 has the potential to be a defining year (press release). AstraZeneca February 2, 2017. https://www.astrazeneca.com/content/dam/az/our-company/our-company-052017/investor-relations/presentations-and-webcast/NewIR/Full_Year_and_Q4_2016_Results_announcement.pdf. Accessed October 3, 2020.