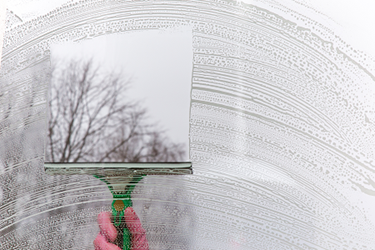 With the list price of newer drugs rising, policy makers are continuing to debate the cost savings biosimilar medications may offer. To date there are 17 FDA-approved biosimilars targeting various disease states. While biosimilars could slow the dramatic rise in the overall drug spend, many questions about them remain such as litigation, interchangeability, and how they will be integrated into the market. The last question is the most intriguing, and it is heavily dependent on the decision of pharmacy benefit managers (PBMs) about their formularies.

PBMs are third-party healthcare plan administrators that manage benefits on behalf of payers. They have the ability to negotiate prescription drug pricing with manufacturers and pharmacies, establish a network of pharmacies to fill prescriptions, and process and pay insurance claims. PBMs are industry middlemen. However, over a relatively short time frame, these middlemen have morphed from claims processors into a few large corporations that control the pharmacy benefits of more than 253 million Americans, as just three PBMs now control 78 percent of prescription drug benefit transactions in the U.S.1

In theory, PBMs are supposed to lower drug costs and increase generic utilization via their formulary controls and negotiated price concessions in which realized savings are passed on to the consumer. Currently, the PBM revenue model of manufacturer rebates, supply chain administrative fees, and pharmacy spread pricing — the difference between what they pay for drugs from a pharmacy and what they get paid by the insurer — has caused an unavoidable conflict in PBMs’ duties to consumers. A product’s placement on a PBM’s formulary is calculated carefully through the gauntlet of these decisions. However, the current dearth of transparency, as well as a lack of consistent regulatory state and federal oversight, has greatly contributed to the increase in prescription drug costs. This leads to the question of whether increased PBM transparency — and the efforts being developed to introduce greater pricing transparency — will positively impact biosimilars.

With PBMs playing such a major role in biosimilars and their potential formulary placements, are any policies regarding PBM transparency being discussed? The most discussed and arguably most aggressive form of PBM policy making has come from the National Council of Insurance Legislators (NCOIL). In December 2018, NCOIL approved their model PBM bill to address several marketplace concerns regarding PBMs. The model bill:

According to my conversations with NCOIL, the organization highly encourages state legislatures to use its model language and is lending its expertise if any opportunities to share its findings with state legislators present themselves.

In addition to NCOIL’s work on PBMs, the National Academy for State Health Policy (NASHP), a nonprofit, nonpartisan forum of state health policy leaders, has been actively engaged in this issue by drafting a model PBM bill. NASHP has developed two PBM models: model A enables states to directly regulate PBMs and gives states flexibility to identify which agency should oversee PBMs, while model B allows states to regulate PBMs through their state insurance departments. Model B is modeled after Montana’s Senate Bill 71, which was introduced this year. It addresses similar issues of outlawing gag clauses and providing transparency about conflicts of interest and information about rebates. The goal is to hold PBMs more accountable to interested stakeholders such as pharmacies, payers, and the general public for their actions.

The ultimate question is whether these efforts at creating PBM transparency will benefit biosimilars. I believe the answer is yes, but only because biosimilars may be an accidental beneficiary. As more biologics are introduced onto the market, whether rightly or wrongly, the perception is that this class of drugs will be higher in price due to improved outcomes and more intense manufacturing protocols. It can be argued that biosimilars may have the wind at their back with PBM formulary preference since they are expected to bring down biologic prices as a result of competition. While we are waiting to see if this hypothesis plays out, the push for PBM transparency is on, and these policies pushed by NASHP, NCOIL, and others could force additional insight into how products are priced and placed on formularies. If the goal of PBM transparency is to force prices down and level the playing field for market participants, this would also likely be a net positive for the use of biosimilars. This is all provided that biosimilar manufacturers actually price their products lower, similar to what the market expects from generic drugs; although generics and biosimilars are quite different from one another.

While PBMs will likely be the main driver of biosimilar utilization in the marketplace, another source is quietly gaining a lot of influence in the market on whether drug prices are becoming too expensive. The Institute for Clinical and Economic Review (ICER) is an independent nonprofit research institute that produces reports analyzing evidence on the effectiveness and value of drugs and other medical services. ICER has been increasing its comments on drug values over the last several months and recently surprised many in the industry with the announcement of its collaboration with the Department of Veterans Affairs (VA) Pharmacy Benefits Management Services to support VA coverage and price negotiations with drug manufacturers. Not many expected the government to utilize a group like ICER to determine whether a drug’s price was justified. With the administration pushing for more opportunities for the government to negotiate drug pricing, ICER could potentially spread its influence into other government programs such as Medicare Parts B and D, which could upend our current reimbursement structure.

ICER has an important public comment period that just closed on drug prices. Their draft protocol titled the “Unsupported Price Increase” (UPI) report analyzes significant prescription drug increases and looks to determine whether new clinical evidence exists that could be used to support those increases. Once finalized, the protocol will guide the development of the first of these annual reports, currently scheduled for release in October 2019.

The ICER process for this is interesting. According to the draft protocol, “ICER proposes to generate an annual report of up to 13 drugs that have experienced substantial price increases over a two-year time period. ICER will review changes in the evidence base for these drugs, and report on whether potential evidentiary support for price increases was found.”2 Further, ICER states, “These UPI reports are not intended to determine whether a price increase for a drug is fully justified by new clinical evidence or meets an ICER value-based price benchmark. Instead, we will focus the analysis on whether or not substantial new evidence exists that could justify its price increase.”3

Manufacturers will have an opportunity for input. “Specifically, ICER will ask each manufacturer for the following information [which may be submitted under ICER’s policy on academic-in-confidence data]:

Additionally, manufacturers will have four weeks from time of notification to provide input.”4 Overall, I believe reports like these will play a key role in determining whether a biologic — or biosimilars — will be priced too high based on the clinical value it provides.

Ronald W. Lanton III, Esq., has over 25 years of experience in government affairs at the municipal, state, and federal government levels, with 15 years dedicated to the healthcare sector. He is currently the executive director and head lobbyist at Frier Levitt Government Affairs, LLC and senior counsel at Frier Levitt. He frequently consults Wall Street firms on financial issues related to the healthcare sector.

Lanton is a featured industry speaker on issues such as pharmaceutical safety and healthcare cost-containment, and he has authored numerous articles regarding pharmacy and healthcare law. He earned a bachelor’s degree from Miami University and a juris doctorate from The Ohio State University. He is also the chair of the Biologics Committee for the New York Bar Association.