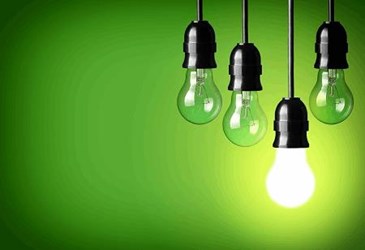 Samsung, the Korean computer chipmaker powerhouse, decided several years ago to pursue the emerging global biosimilar market. Although it's early, these efforts are bearing fruit, considering the company's joint biologics companies — Samsung BioLogics and Samsung Bioepis — have had six biosimilar products either approved or in development. These biosimilars are of reference products that amassed aggregate sales of $40 billion in 2015.

Now is a good time to be a biosimilar drug maker: the regulatory exclusivities for these drugs have generally expired years ago, and patents protecting the drugs Samsung has targeted — Enbrel, Remicade, Herceptin, Humira, Avastin, and Lantus — will expire in the next four years. Samsung’s pipeline is: 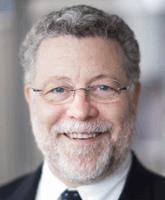 Samsung Bioepis recently received approval in Europe for two of these products: Benepali, its Enbrel (etanercept) biosimilar on January 17, 2016, and Flixabi, its Remicade (infliximab) biosimilar on April 1, 2016.

Samsung has partnered with Bristol-Myers Squibb, Biogen, and Roche in various incarnations of its biosimilars business. Biogen has agreed to produce three products, the first of which is its Enbrel biosimilar in Europe.

Samsung has not limited its European endeavors to obtaining regulatory approval, however. On April 3, 2016, Samsung filed suit against AbbVie in the U.K. over patents that could block marketing of its Humira biosimilar. Despite the impending expiry of the composition of matter patents for Humira in the U.S. (December 2016) and Europe (October 2018), AbbVie has been able to obtain patent protection on other aspects of production and formulation of adalimumab that could extend its exclusivity. Successful assertion of these patents against Samsung could delay market entry of its biosimilar adalimumab for many years.

Samsung’s foray into the biosimilars market is reminiscent of the movement of several Asian companies a generation ago into other Western product markets — steel, automobiles, and consumer electronics. These companies drastically changed the global landscape as traditional U.S. and other Western brands – AMC, Phillips, Magnavox, RCA and others – were overtaken by companies from Japan and other Asian countries. These companies include Honda, Hitachi, Panasonic, Sony, and Sharp. (See, e.g., Brown and Linden, “Chips and Change: How Crisis Reshapes the Semiconductor Industry,” [MIT Press: Cambridge, MA, 2009]). The company’s robust presence in the biosimilar space is reminiscent of how the company emerged from its acquisition of the failing Korean Semiconductor by Chairman Kun Hee Lee  in 1974 to preeminence as a semiconductor provider from the late 1980’s and today. See, “Samsung Bio Business, Possible Recreation of the Semiconductor Legend.”

Although biosimilars are expected to be discounted less heavily than traditional generic drugs (providing savings of about 30 percent instead of 80 to 90 percent), the higher costs of biologic drugs mean that even a 30 percent discount translates to hundreds of billions of dollars in savings to insurers, governments, and patients. This opportunity is in contrast to the “softness” in Samsung’s traditional semiconductor markets (for example, due to a recent downturn in cell phone sales) and is the type of good business expected to be exhibited by Samsung.

If the company continues its aggressive development and success in obtaining approvals in Europe, we can expect the company’s efforts to reach the U.S. In this country, the biosimilars regime is just beginning. Indeed, only two biosimilars have been approved: Zarxio (filgrastim-sndz), Sandoz’s biosimilar for Amgen’s Neupogen, and Inflectra, Celltrion's biosimilar for Janssen Biotech’s Remicade. These products were each approved by the FDA, in part based on each biosimilar’s performance in Europe. Samsung is pursuing a similar strategy and can be expected to have similar successes with its biosimilar products. When that happens Samsung may become the preeminent supplier of biosimilar drug products in the world following a business arc it perfected more than 30 years ago.