A Bite-Sized Analysis Of The PDPRA For Biosimilar Makers 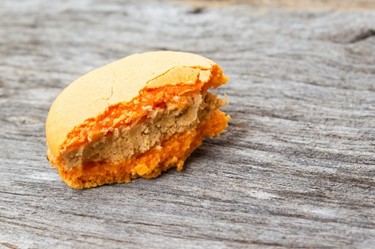 In recent weeks, a handful of stories have been published about the newly unveiled Prescription Drug Price Relief Act of 2019 (PDPRA). Like many of the policies released in the past year, the end goal of this legislation is to reign in the cost of drug prices in the U.S. and to reduce beneficiary out-of-pocket spending. Though the bill covers a lot of ground, there’s been much attention lavished on the proposals which, if enacted, would significantly restructure Medicare Parts B and D. Whether this bill will pass as-is (or at all) and be successful at lowering costs for Americans is up for debate. There have been some detailed analyses to note, including this write-up from former FDA Commissioner Scott Gottlieb on the Senate’s proposals to alter Part D.

In light of all the noise surrounding this Act, I reached out to reimbursement policy guru and Biosimilar Development editorial board member extraordinaire, Molly Burich, director of public policy: biosimilars and reimbursement for Boehringer Ingelheim. Here, she shares her initial thoughts on how several proposed changes to alter reimbursement under Medicare Part B and D could play out in the biosimilar space should the bill be made law.

Anna Rose Welch: Upon reviewing the Prescription Drug Pricing Reduction Act of 2019, how should the biosimilar industry be feeling?

Molly Burich: The biosimilar industry is focused on ensuring that patients have an affordable option to biologics once their market exclusivity ends. We firmly support progressive reimbursement and market access policies that will bolster adoption and access of biosimilars in the U.S. market. Policies that allow biosimilars a foothold in the market and provide incentives for all stakeholders, including physicians, patients and health plans to be recognized for utilizing biosimilars are critical to ensure a robust and sustainable biosimilar market. Plus, these policies will lead to savings for the American taxpayer.

Welch: There are a few stipulations in the legislation that would impact the reimbursement rate of biologics and biosimilars. Can you walk us through what those changes are and how these will impact biosimilars?

Burich: We see changes to reimbursement that create incentives for biosimilar use by physicians as a positive to incent biosimilar utilization (Section 105). This type of policy will help mitigate current policies that have misaligned incentives around utilizing higher cost products.

The other provisions around changing payment for new drugs, including biosimilars, establish new payment at WAC + 3%. While this provision would codify this provision in Medicare Part B, CMS had actually implemented this via regulatory rulemaking in the 2019 payment year. So, while this represents a change from past payment (which was WAC + 6%), this was already implemented by CMS.

Welch: Are there any scenarios in which these payment rate changes could discourage biosimilar use?

Burich: We do not believe that, as it is currently written, any of the payment rate changes (ASP add-on or WAC + 3%) would be harmful to biosimilars; however, we have yet to see actual legislative language – we have only seen summary language. To fully answer that question, we will have to wait to see the specific legislative language.

Welch: Outside of the PRDA, are there any other government initiatives or bills that you’re watching closely or hope to see discussed in the reimbursement realm?

Burich: Given the dynamic landscape, we expect that we may see more drug pricing activity over the next few months. We would like to see policymakers consider the inclusion of a patient incentive for biosimilars by introducing $0 copay for biosimilars in Part B. This would directly and positively bring savings to patients. We believe a patient incentive would also help stimulate a competitive biosimilar market and allow patients to see a direct benefit.