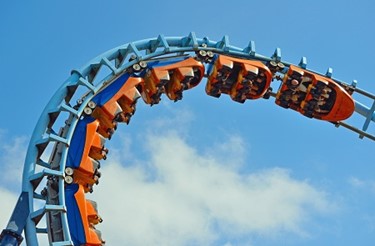 Last week was an important one for the biosimilar industry, thanks to the publication of two reports and the highly anticipated speech from President Trump on drug pricing. While many articles have been written about what may and may not come from the president’s plans, much less attention has been devoted to the two reports. And though the president credited the role biosimilars could play in lowering drug costs, these two reports are much more exciting and, I’d argue, worth more attention from the biosimilar audience. These are Avalere Health’s “Use of Step Through Policies for Competitive Biologics Among Commercial U.S. Insurers” and Amgen’s “2018 Trends in Biosimilars Report.”

With many reports, I try to let the authors tell the data’s tale. But there were a few interesting points I took away from each of these that I felt were worth noting — especially because they each touch upon the current payer arena. While Amgen’s report shares payers’ broad considerations about biosimilars and the impact they’d have, Avalere’s report digs more deeply into the available data from payers to show just how biosimilars are stacking up. And, frankly speaking, I found some of the information quite concerning.

Last year, I wrote what turned out to be a popular article on Amgen’s annual 2017 biosimilar report. In it, I noted a few key themes I thought were noteworthy and that we’d see more of moving forward. Though I wouldn’t say my trends for last year missed the boat, I can say none of those topics particularly caught my eye this year as current hot topics. While insurers were covered to some degree in Amgen’s 2017 edition, I wasn’t compelled to write about them. But 2018 is a different story.

On the surface level, I found the increase in the report’s length from last year to this year particularly telling. While the 2017 edition was a svelte 50 pages, this year’s came in upwards of 70 pages, no doubt speaking to the new complexities in this market that emerged pretty quickly over the past year — especially in the payer realm. I felt as though this year’s report dug a little more deeply into the formulary decision-making process by discussing the pros and cons of covering biosimilars in different ways on a formulary.

However, this is where we run into a common ideological clash in the pharma world. Though this scenario certainly would be more patient-friendly, it would not be the most beneficial for bolstering the biosimilar industry —especially early on as we strive to make this a successful and permanent market. This would essentially guarantee many of the patients on the reference product would remain on that product, leaving market share for biosimilars open primarily to treatment-naïve patients. While this market share would, of course, be valuable, it likely wouldn’t help biosimilars achieve a large part of their goal of lowering overall healthcare costs (let alone increasing access).

Enter scenario two, which would be the ideal situation for biosimilars today. Placing the biosimilar on the formulary and removing the reference product entirely would lead to greater growth of the biosimilar on the market and greater cost savings. In fact, this is what we’ve seen (for the most part) with Sandoz’s Zarxio, and, coincidentally, the product continues to garner greater market share compared to the infliximabs and their formulary woes.

These two scenarios seem straightforward. However, it’s important to note what the pros/cons list doesn’t mention, and that’s how conservative payers’ strategies have been to date. As such, the best scenario for biosimilars — the second scenario — is not a reality today. It’s also important to note that, even in situations where the reference product was removed from the formulary, patients currently taking the reference biologic would likely be grandfathered in. And, if that is the case, there is no plus to switching to the biosimilar, as the reference product still is covered by the payer, and the patient’s copay would stay the same (it would not increase).

The pickle we’re currently in with payers becomes even more complicated if we look into certain tools payers implement to encourage the use of certain products — for instance, step therapies. For those who may be unfamiliar, a step-through policy encourages the use of an older, more cost-effective drug prior to permitting a patient access to a more expensive drug (e.g., a small molecule generic prior to a new, innovative brand). Should a patient not respond adequately to the first, preferred treatment, they would then be allowed to move to a more costly or novel treatment (the second step).

Consider the following scenario in the small molecule space: On the first step or tier, you’d typically find generic treatments placed alongside an array of competitive brand products. In the proton-pump inhibitors space, for instance, this would mean a generic version of Prilosec would be placed on the first step with the competing brand product, Nexium. A brand, like Nexium, would earn its status as a first-step therapy because of the (likely high) manufacturer rebate offered to the payer in exchange for prominent formulary placement. The second-step treatments would be a mixture of brands and generics that weren’t placed on the first formulary tier.

By this logic, one might assume it works the same way for biosimilars — a biosimilar would be included on the first step, either accompanying its reference product or being the preferred treatment over the reference product. (The reference product, if not included in the first step, would be placed on the second.) But, as we all know, that’s not quite how things have worked out thus far. And, thanks to Avalere Health’s most recent report on the use of payers’ step through protocol for biologics and biosimilars, we now have a clearer picture of how things are currently positioned.

Step through can also apply to explicitly different active moieties. Say, Humira, Remicade, and Enbrel are listed as the preferred anti-TNF treatments for rheumatoid arthritis. For patients who tried one of those agents and failed to see a positive response, only then would they be able to access another anti-TNF treatment — for instance, Cimzia, Simponi, and our good friend, Inflectra.

Now, it should be highly unlikely a physician would put a patient who first failed on Remicade on Inflectra, as this would be medically irresponsible (and dangerous) given the biosimilar's similarity (or sameness) to it reference product. However, I am concerned that step through policies structured in this way could still cause clinical confusion in our current age of biosimilar education. For instance, making an infliximab biosimilar a treatment option following failure of Remicade suggests the products are as different as two novel brands may be. (We know there is plenty of questionable messaging out there about the differences between a biosimilar and its reference). As such, the format of the step through policies is in conflict with all of the education being done in the physician realm today.

In order to determine specifically how payers were using these step-through protocols for biologics and biosimilars, the Avalere authors dug into the coverage and formulary design for commercial plans offered by the top 25 payers in the U.S. — the data from which represents plans covering 172 million lives. The researchers reviewed which treatments payers had identified as their first choice or preferred and what parameters they’d established for moving through a list of medications should that preferred treatment prove inefficacious.

Looking specifically at infliximab coverage, 18 of the 25 plans had some kind of information documenting how these treatments are to be managed. Seven of those 18 required patients to start on a generic disease-modifying anti-rheumatic drug (DMARD). The reference product was the preferred biologic treatment for 10 of the plans (surprise!), meaning Remicade is required to be used first — either alone or in combination with a DMARD. This is compared to only two plans that included the biosimilar — one which permitted the reference or the biosimilar product to be used first, and one which specified the use of Inflectra first.

But even Zarxio’s perceived right-out-of-the-gate success with payers had its ups and downs, especially when it came to step therapy plans. Zarxio may have been welcomed seemingly quickly onto the formulary with Neupogen. But at the end of the day, one major payer in the U.S. chose to make it a second-step therapy, coming in behind the reference product. This, in turn, made it increasingly difficult for patients to be treated with Zarxio, especially since a doctor needed to get on the phone and fill out paperwork in order to get their patients placed on Zarxio.

Overall, these two reports, when read simultaneously, present a thorough overview of the different payer layers, if you will. We as an industry know where we ideally would like to be. But beyond even receiving a fair crack at the formulary, the Avalere study shows our focus also needs to be on the tools used to manage those formularies. The good thing is, however, we’re still very much in the beginning of the battle. It may feel like it is taking an eternity, but with the continued release of reports such as Amgen’s and Avalere’s, we’re able to get a better picture of what exactly is standing in the way of attaining our end goal.