Are Emerging U.S. Biosimilar Policies At Risk Of Alienating Physicians? 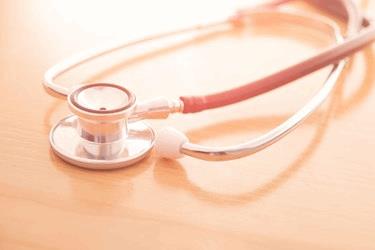 IMS Institute for Healthcare Informatics recently released its newest report entitled, “Delivering On The Potential Of Biosimilar Medicines: The Role Of Functioning Competitive Markets.” The report quickly made its way around the Internet, stealing headlines with its predictions of how the market will unfold. By 2020, IMS forecasts that the 56 biosimilars currently in clinical development will reduce healthcare spending by $110 billion throughout Europe and the U.S. This is welcome news, considering global spending on medicines is predicted to reach $1.4 trillion over the next four years.

However, as the report discusses, European countries have varied their approaches to biosimilar policies and implementation. These differences have and will continue to impact the way physicians are educated and incentivized and how drug companies will be motivated to participate in biosimilar development. IMS argues in favor of competitive markets which encourage long-term participation by biosimilar makers and emphasize physicians as key decision makers. The report primarily focuses on the EU5 — France, Italy, Germany, Spain, and the U.K. However, there are a number of lessons the U.S. market can take away from the report, especially as the nation strives to solidify its biosimilar policies and its educational efforts for physicians.

How Are EU Countries Approaching The Physician?

As the U.S. figures out how to address policies and physician/patient education, the most interesting section of the IMS report is focused on how nations in the EU have placed physicians at the heart of the biosimilar decision-making process. One of the biggest issues in the U.S. to date has been the lack of clarity surrounding the regulatory pathway and the safety of biosimilar medicines. While biosimilars have been available in the EU for 10 years, it’s either reassuring or concerning (depending on your level of optimism) that physicians abroad still aren’t fully informed about biosimilar regulatory approval. Doctors’ also have not been privy to the necessary amounts of clinical data that support biosimilar use. But biosimilars are still being prescribed.

In countries such as Norway and Denmark, which both have prioritized the physician’s understanding of biosimilars and biosimilar data, the markets grew rapidly and have continued to demonstrate sustained growth. The Norwegian Drug Procurement Co-operation (Legemiddelinnkjøpssamarbeidet, or LIS), which awards tenders to treatments, comprises an evaluation panel including physicians and representatives from the country’s four healthcare regions. In the LIS meetings, physicians are given access to both the clinical and cost-related data for a drug when deciding to award a tender.

This strategy provides several important benefits. For one, hospital doctors trust the physician-focused LIS evaluation system, which, in turn, leads to increased trust in biosimilars as doctor-approved treatment options. Secondly, as IMS highlights, EU physicians hesitate to prescribe biosimilars because they distrust the accuracy of safety and efficacy data — especially the information provided by manufacturers. However, this drug tendering process enables doctors to have open discussions with each other and key opinion leaders. Physicians are educated on the clinical and economic data of the biosimilars, and the data — provided by stakeholders and manufacturers — can be discussed and challenged. Denmark, which has also seen sustained biosimilar market growth, has a similar process through its Council for the Use of High-Cost Hospital Medicines (RADS). Other models from EU countries include systems where doctors receive financial incentives for prescribing biosimilars, and where biosimilar savings are used to boost coverage of innovator medicines.

How Are Physicians Approaching Biosimilars Today?

Comparing the health care systems in the U.S. and Norway would be like comparing apples to oranges. However, the information provided by IMS led me to think about how the policies taking shape in the U.S. will relate to the physician’s needs. As Bert Liang, CEO of biosimilar company Pfenex, discussed in a recent article, the FDA has set its sights on educating physicians. Biosimilar advocacy groups, such as the Biosimilars Council and Biosimilars Forum have also launched separate educational initiatives in order to educate all stakeholders, not just doctors, about all-things-biosimilars.

There are a number of key decisions that have yet to be made about biosimilars — including how they’re named and how interchangeability will be determined. Drugmakers approaching the FDA to engage in discussions about their candidates have been expressing frustrations over the pace at which the FDA is moving when it comes to declaring its stance on these policies.

However, new research has come to light suggesting the biosimilar policies being proposed now could go against doctors’ needs in the future. The European Crohn’s and Colitis Organization (ECCO) members survey recently revealed changes to EU doctors’ perspectives on biosimilars. One year after the biosimilar market was launched in the EU in 2006, ECCO surveyed its members to get a sense of their impressions and concerns about biosimilars. As is to be expected, the first year survey revealed that IBD specialists lacked confidence in biosimilars as IBD treatments.

Now, nine years later, the group has posted its results from its 2016 survey. Though the poll group was small (118 participants), the change in biosimilar perspectives from as recently as 2013 was striking. For instance, 44 percent of physicians now consider biosimilars interchangeable with the reference product, compared to just six percent in 2013 (though 90 percent are against automatic substitution at the pharmacy level). Only 32 percent are against extrapolation across indications, and a meager 19.5 percent expressed little or no confidence about using biosimilars. This percentage took a steep dive from 2013 when 63 percent expressed no trust in biosimilars. Similarly, while 66 percent of respondents felt biosimilars should carry unique names in 2013, only 35 percent of specialists currently believe this to be necessary.

As the U.S. market takes shape, drugmakers have locked horns over extrapolation, the need for distinctive biosimilar names, and interchangeability. Much like the ECCO survey revealed the first year after the launch of biosimilars in the EU, the U.S. is in a similar period of uncertainty. However, despite the differences in health care systems abroad, the EU’s experience can speak to one thing: physicians’ needs and concerns about biosimilars change as the market continues to advance.

Is U.S. Keeping Eye On Physicians Needs In New Policies?

Following the release of IMS’ report highlighting doctor’s desires to see more clinical data from biosimilars, the FDA’s latest guidance seems to go against physicians’ needs. The FDA assures doctors who wish to learn more about the comparative studies, this data will be available in the FDA’s product reviews. However, in her blog post about the FDA’s thoughts about labeling, Leah Christl, the associate director for therapeutic biologics in the Office of New Drugs, writes the FDA felt comparative data on the label could cause confusion or misinterpretation. But when it comes to biosimilars, doctors are pushing for “full-disclosure” of biosimilar clinical data, Regulatory Affairs Professionals Society (RAPS) reports.

The drugmakers’ needs are integral in the development of policy. There needs to be incentive to participate and ensure there will be competition to keep the biosimilar market moving forward. But as the FDA progresses toward final policies about naming and interchangeability, it strikes me that these policies could become more red tape than is needed. At this point, physicians (and biologics makers) are seeking more guidelines and stringent rules/regulations around the use of biosimilars. But as the market progresses and biosimilars become a trusted form of treatment, the policies being so carefully crafted today likely won’t be as relevant to doctors’ evolving needs.