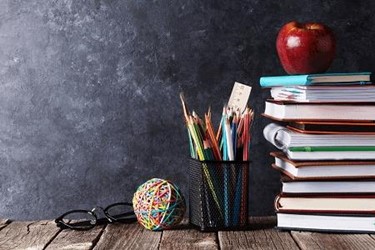 When it comes to winning over patients, I’d argue the biosimilar industry is facing even more of an uphill battle than generics did. In the U.S., not only do biosimilars have a new naming system, but they’re also called “biosimilars,” which, frankly, does not promote the same confidence as calling something a “biosame” or a “biogeneric.” Unfortunately, we do not have the luxury saying these products are “identical.” As soon as you have to explain that there are small and large molecule treatments to get at the heart of why biosimilars cannot actually be identical to their reference products, people’s eyes glaze over. (I’ve explained what biosimilars are to many an Uber driver.) This obviously poses some challenges when it comes to educating the (generally speaking) non-scientific public.

Education is one of the commonly spoken mottos of the biosimilar industry. The FDA and several trade organizations have launched educational campaigns, and numerous biosimilar companies have established new information portals on their websites. But I’ve walked away from very few conversations with actionable takeaways from the industry in terms of how they’re educating patients or planning to do so.

Luckily, I encountered a goldmine of biosimilar education knowledge at the Biosimilars Council Leading on Biosimilars 2017 conference, thanks to a panel featuring representatives from four different patient advocacy groups. In the first of this two-part article, these four groups share the level of knowledge their patients have about biosimilars and what types of strategies these organizations have enacted to educate their patients.

What Patient Groups Know (Or Don’t Know) About Biosimilars

Though biosimilars are different than generics, many have compared the challenges this new market is facing with the introduction of generics back in the ’80s. Back then, there was just as much need for education to ensure physicians and patients learned to trust generics. When they first appeared on the market, there was, naturally, a high level of skepticism — and that’s something we’re certainly seeing carried over to today, whether we like it or not. For instance, a recent Dutch study revealed 24 percent of patients who switched from Remicade to the biosimilar Remsima discontinued treatment after six months following reports of “subjective” adverse events. Researchers argue patients’ negative expectations likely played a role in reporting their adverse events — a phenomenon known as the Nocebo Effect. (It’s important to note this study was unblinded.)

When it comes to familiarizing patients with biosimilars, the representatives of the different patient groups all highlighted varying degrees of biosimilar knowledge within their organizations. For instance, Dr. Christy Gamble, director of health policy and legislative affairs, Black Women’s Health Imperative, admitted that conversations about biosimilars are not commonly heard in the black community or other communities of color. But one of the organization’s central missions is to eliminate health disparities, meaning the greater access biosimilars promise is a particularly welcome message. The rising costs of drugs — especially biologics — have proven to be a big barrier to people of color (POC). This is particularly unfortunate given the fact that POC disproportionately suffer from the illnesses best treated by biologics, including breast cancer, lupus, and multiple sclerosis. Combine the expense associated with these medications and the percentage of POC patients who are in lower-income brackets, and paying for a biologic becomes out of the question.

“POC resort to older, outdated treatments that have more side effects and aren’t as beneficial as biologics,” Gamble described. “It’s been very difficult to get POC to look to biologics. But now with biosimilars, there’s tremendous hope they’ll actually bring a population who’s been left out of innovation on the healthcare side.”

The other representatives from cancer-oriented patient organizations and the Crohn’s & Colitis Foundation have been directing patients’ attention to what biosimilars are and how they differ from generic drugs. As Laura Wingate, SVP of education, support, and advocacy for the Crohn’s & Colitis Foundation pointed out, the patient community can be stratified into two classes: patients who are educate themselves regularly on treatment options and their condition, and those who prefer to defer to their physician.

Though Wingate has begun to hear from patients within her organization that a few have been switched to a biosimilar, Claire Saxton, the senior director of education and outreach for Cancer Support Community, says she hasn’t heard similar reports. In fact, only 18 percent of people who responded to an informal poll even knew what a biologic product was, let alone a biosimilar. But of all the topics one could hit on in biosimilar education, Saxton boiled it down to the simplest message: safety and efficacy.

“We’re developing a video with an expert from the FDA talking about the safety and efficacy of biosimilars, because right now, that’s the biggest message that needs to get out to patients and providers,” she said.

Each of these groups has tackled a wide variety of educational efforts to call patients’ attention to biosimilars. The organization CancerCare puts on 50 to 60 online workshops a year on many different oncology-related topics. These panels often feature oncologists, healthcare providers, pharmacists, and oncology social workers. These workshops are hosted live and then turned into a podcast and catalogued on the website. Similarly, following a workshop, CancerCare’s publications department typically creates a publication on the subject, along with several brief fact sheets.

Overall, these workshops have been a successful strategy for educating and engaging patients and caretakers — especially on the topic of biosimilars. In fact, as Michele McCourt, senior director of the CancerCare Co-payment Assistance Foundation, described, the organization held an online education workshop on biosimilars in early 2017, which drew 543 participants.

However, even though e-learning initiatives are a popular method amongst these different organizations, there was still emphasis on the importance of offering a variety of options for all patients. Cancer Support Community’s Saxton mentioned the organization has been looking into the use of videos for educational purposes, as well as e-books for younger patients who may be more electronically savvy. “But we also recognize we still have lots of patients who just want the information on a piece of paper so they can fold the page over or dog-ear the resources they need,” Saxton said.

Something that was particularly reassuring was the Cancer Support Community’s attention to updating a number of its existing documents to include biosimilars. After all, as Saxton emphasized, more needs to be done than just placing the brand name in a list of drugs that treat lung cancer. “You can’t just leave it at the brand name,” she explained. “Being able to see the biosimilar referenced in trusted materials, being able to hear from their provider that this is something they’re recommending all reinforces that, though these are a new class of drugs, they are a safe, effective, and, hopefully, cheaper treatment option.”

What Can Manufacturers Take Away From Patient Groups’ Efforts?

When it comes to manufacturers and their own educational initiatives, there’s something to be said about the ways patient organizations are imparting biosimilar knowledge to patients. In fact, the most important takeaway is working to provide patients with a variety of resource types with which to educate about biosimilars — whether they be via hand-outs, articles, infographics, videos, podcasts, or online education courses. In looking at webpages for groups such as Medicines for Europe and the AAM and its Biosimilars Council, it’s clear some of these multi-media efforts are currently being enacted.

But it’s also important not to overlook the patient education potential that biosimilar conferences, like the Biosimilar Council’s event, hold for patient organizations and their members. Wingate in particular pointed out how educational it was being able to attend the Leading on Biosimilars event. Not only can patient organization speakers inform companies of the patient perspective, but providing patient advocates a space in the audience is also critical in helping them understand the current biosimilar regulatory and policy landscape.

“Partnering and helping non-profits like us come to conferences where we can learn about biosimilar progress in the U.S. and EU is incredible important,” Wingate described. “For instance, I understand Risk Evaluation and Mitigation Strategies (REMS) better than I ever have before. That’s really helpful, because we can then take this new knowledge back and use it to bolster the next iteration of our educational strategy.”

Stay tuned for part two to get a closer look at what patients are looking for from manufacturers!