Did The 2017 Biosimilar Industry Pave The Way For A Productive 2018? 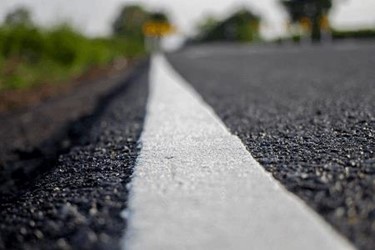 While it might not have been a particularly exciting year in terms of biosimilar uptake (at least in the U.S.), 2017 still had its fair share of both positive and concerning developments. In addition to keeping tabs on the industry’s progress, a defining moment for Biosimilar Development in 2017 was the launch of its inaugural editorial advisory board. As such, I wanted to take this opportunity to introduce the members of the board, all of whom hail from leading biosimilar companies, consulting firms, biosimilar organizations, and payers. Over the next three weeks, I will share the trends and challenges they expect to see as the biosimilar industry marches forward. In this first installment, I asked them to share their thoughts on significant 2017 developments and how they expect these will impact the industry in 2018.*

What biosimilar-related developments were you most interested in or concerned by in 2017? How has this topic of interest evolved over the past year, and how will it continue to evolve in 2018?

In the past year, European oncologists have been enthusiastic about the coming of biosimilars like Truxima (rituximab), as it has the potential to lower costs. On the other hand, acceptance of biosimilars is hampered by misperceptions that biosimilars are the same as “biomimics.” Biosimilars must be distinguished from “biomimics” or “biocopies,” which are marketed in some countries but have not been evaluated according to the stringent regulatory pathway used for biosimilars. Clinicians’ familiarity with issues regarding study design and methods of analyzing data obtained in comparative effectiveness clinical trials will improve decision-making surrounding biosimilars. We fully expect to see growing acceptance of biosimilars, driven by increased competition, the emergence of real-world experiences, and the availability of additional data.

The FDA’s complete response letters (CRLs) to big and small biosimilars players were one of the highlights of 2017. Sandoz, Pfizer, Mylan, and Coherus all received CRLs primarily for manufacturing-related issues, delaying the launch of biosimilar products. I expect biosimilar players will direct significant attention to manufacturing quality compliance in the year (and years) ahead.

The biosimilar-related developments that caught my attention in 2017 were: efforts to address obstacles to biosimilar drug access and competition, the Supreme Court ruling on the biosimilars “patent dance,” growing biosimilar education efforts, the release of the FDA draft guidance on interchangeability and emerging discussions on the value of interchangeability, and the continuing debate on the biological products naming policy. In particular, it was interesting to see the FDA, Federal Trade Commission, and Congress increase scrutiny and launch efforts to address obstacles, such as abusing patient safety programs and the patent system, to support competition and access to generic and biosimilar products.

The most interesting and positive development for the future of the biosimilars market in the U.S. was the decision by CMS to give separate J-codes for biosimilars in Part B starting January 1, 2018, rather than having biosmilars share J-codes. The other topic of interest was the naming of biosimilars by the FDA, specifying the addition of a unique four-letter suffix to biosimilars and originator biologic products. Although all biosimilars approved by FDA have had these suffixes applied, it was not until very recently that an approved originator biologic was given a four-letter suffix. It will be interesting to see how the FDA deals with existing biologics and if and how they will be re-named.

Many of my concerns can be tied together under one overarching theme – that originator companies are doing everything they can to thwart the adoption of biosimilars. These concerning tactics include risk evaluation and mitigation strategies (REMS) abuse, patent ever-greening, and misuse of the sovereignty of the Mohawk tribe to circumvent the U.S. Patent and Trademark Office. I’ve also noted instances of counter-detailing, the release of non-objective surveys of key stakeholders, and payer contracting controls.

In addition to this core theme and its variations, the declining performance of large, well-run generics companies also concerned me. Given the challenges they now face under the shifted balance of power in the retail/distribution space, biosimilars have become even more of a strategic imperative. The questions now are: What is the right strategy? What is the right differentiated position to pursue? How can a company best manage not only the internal risks of such an endeavor but also the external risks and barriers that have been building since even before the enactment of the Affordable Care Act?

A major 2017 development in Europe has been the broad acknowledgement by physicians that in therapy areas where biosimilar medicines are available, it is acceptable to exchange versions of biologic medicines (i.e., originator or biosimilar medicine). In an article in the European Pharmaceutical Review, Josep Tabernero, the European Society for Medical Oncology’s president, called biosimilar medicines “must-have weaponry” and a “catalyst for equal access” for patients and physicians. This is a significant milestone: The central question is no longer, “Can biosimilar medicines be used?” but rather, “How do we introduce them in the practice? And, “Where can the cost-efficiency gains be reinvested to improve overall patient care?”

Likely to take center stage in 2018 is the implementation of the needed policies, frameworks and, more importantly, the practical steps to broaden use of  biosimilar medicines in both the hospital and retail settings, including in new therapeutic areas such as cancer. It will be crucial for governments and healthcare stakeholders to accompany their ambitions for medicines cost-efficiency improvements (sometimes with targets of 70 or 80 percent utilization) with concrete roadmaps and enforcement action plans.

There were two very significant areas in which biosimilars advanced in 2017: regulatory policy and public perception. Not only did we see an increase in biosimilar approvals and BLAs under review, but the FDA also released guidance on biosimilar naming, biosimilar labeling, interchangeability requirements, and analytical statistics requirements. It is notable that although many stakeholders provided suggestions and requested modifications of the draft guidances, the FDA largely stuck to most of their initial positions and did not accept many of the suggestions offered. Nonetheless, the certainty provided with the resolutions of these long-discussed issues is beneficial to the industry as a whole.

The changes in public perception have also been fascinating. Many physician societies and patient advocacy groups now seem to be more accepting of biosimilars as they better understand the different type of science on which biosimilars are based. There have been fewer concerns voiced about the concept of extrapolation. However, opponents of biosimilars have moved on and are now focusing on different topics, most notably insinuating that the quality of biosimilars is not as high as interchangeable biologics. They’re also pushing to limit switching from reference products to biosimilars by propounding on potential dangers associated with “non-medical switching."

There are several developments/factors I’ve been watching closely that I expect will impact biosimilar development in the future. These are the use of computer simulation and modeling in the development of all new chemical entities/new biological entities, the development of sophisticated analytical and pharmacological methods, the lack of sensitivity of large Phase 3 clinical trials to detect differences between originators and biosimilars, and the need to make biosimilar development economically feasible. I believe all these factors will lead to a drastic reduction in the number and volume of Phase 3 clinical trials.

More advanced analytical methods for biologic drug evaluation have increasingly made data available that show innovator drugs are not as consistent from batch-to-batch as previously thought. These data have also shown that inconsistencies in originator batches and between biosimilars and their originators don’t appear to affect overall quality, safety, or efficacy. There has been a steady increase in the publication of data at conferences and in scientific literature comparing biosimilar drug candidates with each other and with originator drug candidates. Minor variances and differences shown through isoelectric focusing and size-exclusion chromatography, such as glycosylation, do not appear to affect the clinical activity of the molecules.

*These statements represent the viewpoints of the individuals, not those of their employers.