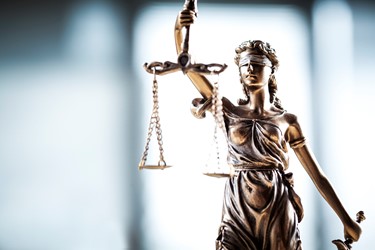 A number of BPCIA cases settled or were otherwise dismissed in 2019. In particular, many of Amgen’s cases involving Neupogen or Neulasta were among those resolved, including cases against Sandoz, Apotex, Kashiv, Mylan, and recently, Tanvex (Amgen’s suit against Hospira regarding Neupogen, however, remains ongoing).

In addition, the first biosimilar versus biosimilar case, Coherus v. Amgen, was filed and dismissed in 2019.

We discuss each of these resolved cases briefly below.

This case, filed in 2019, was a follow-on to Sandoz and Amgen’s years-long dispute over Sandoz’s biosimilar versions of Amgen’s Neupogen (filgrastim) and Neulasta (pegfilgrastim). Sandoz’s biosimilar filgrastim product, Zarxio, has been on the market since 2015, while its biosimilar pegfilgrastim product, Ziextenzo, was neither approved nor launched at the time this lawsuit was filed (but was subsequently approved by the FDA in November 2019 and launched shortly thereafter).

In previous cases, which were on appeal at the time that Sandoz filed this suit, Amgen had accused Sandoz of infringing a purification patent, U.S. Patent No. 8,940,878. During that previous litigation, a continuation of the ’878 patent was issued, U.S. Patent No. 9,643,997 (issued May 9, 2017). Sandoz claimed that the ’997 patent and the previously litigated ’878 patent “are in the same patent family and are similar or identical in several key respects” (Dkt. 1). Sandoz also claimed that it “invited Amgen to include the ’997 patent as part of those cases and resolve all proceeding in the prior action,” but “Amgen did not amend to add those claims in the then-pending litigation” (Id.). In December 2017, the Northern District of California granted summary judgment of non-infringement with respect to the ’878 patent. While that ruling was on appeal, in February of 2019, Sandoz provided Amgen notice of commercial marketing for Sandoz’s pegfilgrastim biosimilar and filed this declaratory judgment action with respect to the ’997 patent. Sandoz sought to “ensure that any issues with respect to the ’997 patent, including any preliminary injunction motion, are resolved promptly, efficiently, and well in advance of the launch of Sandoz’s pegfilgrastim product” (Id.).

Note that Amgen has also asserted the ’997 patent against Adello Biologics, Hospira, and Mylan in its other lawsuits involving filgrastim and pegfilgrastim.

Genentech moved to dismiss Pfizer’s counterclaims and some of its affirmative defenses, arguing that 1) the declaratory judgment counterclaims were actions barred by the BPCIA because Pfizer had failed to fully comply with the BPCIA’s information disclosure requirements, 2) Pfizer’s validity challenges were “facially deficient” because they alleged grounds broader than those disclosed during the patent dance, and 3) Pfizer’s counterclaim that “Genentech committed inequitable conduct during prosecution of one of the patents-in-suit by allegedly misrepresenting the content of the prior art” was also facially deficient (Dkt. 21 at 2-3). Pfizer opposed dismissal, contending that even if it had not fully complied with the information disclosure requirements in subsection (2)(A) of the BPCIA, “[t]he remedy of precluding counterclaims in defense of the action brought by Plaintiffs is inconsistent with the language and the purpose behind the BPCIA” (Dkt. 22 at 2-3). Pfizer also argued that the BPCIA did not “limit Pfizer to only the legal theories in its detailed statements pursuant to [its (3)(B) Statement])” (Id. at 3).

The court did not have the opportunity to address these issues, as the parties jointly stipulated to dismissal in September 2019 as a result of settlement (Dkt. 36).

This case, filed in 2019, involved TX-01, Tanvex’s biosimilar version of Amgen’s reference product Neupogen (filgrastim). After engaging in the patent dance, Amgen alleged infringement of just one patent, U.S. Patent No. 9,856,287, directed to methods of refolding proteins. Tanvex admitted to providing Amgen with notice of commercial marketing on April 1, 2019 (Dkt. 27 at 12), but TX-01 has not yet been approved by the FDA, and Tanvex announced that the FDA recently issued a complete response letter regarding TX-01. Two other biosimilars of Neupogen, Pfizer’s Nivestym and Sandoz’s Zarxio, have also already been FDA approved and launched in the U.S.

Note that the ’287 patent has been the subject of several disputes, including two other unrelated district court litigations involving Apotex and Kashiv and several post-grant review and inter partes review challenges at the Patent Trial and Appeal Board.

This case concerned Boehringer Ingelheim’s product Cyltezo, a biosimilar of AbbVie’s Humira (adalimumab). This was the last pending BPCIA litigation related to Humira. The case settled in May 2019, after a claim construction hearing but before the court issued its claim construction order.

This case, which settled on September 17, 2019, involved Fulphila, Mylan’s biosimilar of Amgen’s Neulasta (pegfilgrastim). Amgen dismissed its infringement claims for the two patents-in-suit following the Federal Circuit’s rulings in other litigation related to those patents, Amgen v. Coherus, 923 F.3d 1023 (Fed. Cir. 2019) and Amgen v. Sandoz, 923 F.3d 1023 (Fed. Cir. 2019), which will be discussed in Part 3. This resolved a contentious litigation, in which the court lamented that “counsel have successfully convinced the Court of their mutual capacity to litigate in this Court wi[th] unnecessary finger pointing and complexity, and at times, passing compliance with the letter of this Court Orders, and their willingness to use email rather than direct human communication to accomplish that” (Dkt. 278).

Amgen filed suit after Adello submitted a biologics license application (BLA) for a biosimilar of Amgen’s Neupogen (filgrastim) without engaging in the patent dance. In its amended complaint, Amgen alleged that Adello (now Kashiv BioSciences) and Amneal entered into a license and commercialization agreement in which Amneal would market and sell Adello’s filgrastim biosimilar and Adello would develop, obtain regulatory approval for, and manufacture the biosimilar product (Dkt. 84 at 7). In February 2019, Amneal filed a motion to dismiss on two separate grounds. First, Amneal contended that Amgen’s amended complaint failed to state a claim upon which relief could be granted because only Adello, the BLA applicant, could commit the artificial act of infringement under the BPCIA (Dkt. 85-1). Second, Amneal argued that there is no declaratory judgment jurisdiction because Amgen’s allegations of future marketing and sales — if and when the FDA approves the biosimilar — do not give rise to a justiciable controversy (Id.). Alternatively, Amneal requested that the court decline to exercise declaratory judgment jurisdiction so as not to “upend the carefully crafted BPCIA statutory scheme” (Id. at 3). Although Amneal’s motion was fully briefed, the court did not issue a publicly available order on this matter, and Amneal continued as a defendant until the case was resolved.

This case involved Apotex’s biosimilars to Amgen’s Neupogen (filgrastim) and Neulasta (pegfilgrastim). The parties had previously litigated two cases related to these biosimilars, Case Nos. 15-cv-61631 and 15-cv-62081. Here, Amgen asserted a new patent, U.S. Patent No. 9,856,287, which issued after the Federal Circuit affirmed non-infringement of the patent in the prior cases.

Apotex moved to dismiss the complaint, alleging non-infringement on grounds of prosecution history estoppel and collateral estoppel (Dkt. 9). On April 5, 2019, the court denied the motion (Dkt. 65). As to collateral estoppel, the court distinguished between the ’287 patent and U.S. Patent No. 8,952,138, the great-grandparent patent of the ’287 patent that was asserted in previous disputes. In particular, the court found that there may be differences in claim construction that would make the issues in this case not “identical” to those in the prior case (Id. at 8-11). On prosecution history estoppel, the court declined to rule at the motion to dismiss stage that “the prosecution statements cited by Apotex … evince[d] a clear and unmistakable surrender of subject matter as the law requires” (Id. at 13).

This case concerned Genentech’s Herceptin (trastuzumab) and Samsung Bioepis’ biosimilar Ontruzant, which the FDA approved in January 2019. In a joint stipulation of dismissal, the parties informed the court that they entered into a settlement agreement and had agreed to dismiss all claims and counterclaims. The case was dismissed on July 1, 2019 (Dkt. 160).

In its amended complaint, Coherus alleged infringement of four formulation patents based on Amgen’s “actively offering for sale and selling Amjevita throughout Europe” and “actively manufacturing Amjevita in the United States for sale in Europe” (Dkt. 7 at 4-5). Amgen had launched Amjevita in Europe in October 2018, while CHS-1420 awaits FDA approval. Both Coherus and Amgen have settled with AbbVie with launch dates no earlier than 2023.

On December 9, 2019, Amgen filed a motion to declare this case exceptional under § 285 and award Amgen attorneys’ fees (Dkt. 55). The redacted accompanying memorandum alleges that the motion is based on “Coherus’ wrongful, continued maintenance of this action between June 5, 2019 — by which time Coherus knew or reasonably should have known that its infringement claims were baseless — and October 17, 2019, when Coherus first informed Amgen that Coherus intended to dismiss its claims” (Dkt. 59 at 1).

Part 3 of this four-part article series reviews BPCIA Federal Circuit appeals that are pending and those that were recently decided.

Tasha M. Francis, Ph.D., is an associate at Fish & Richardson, where she focuses her practice on patent litigation. She is a well-known speaker and writer on topics related to the Biologics Price Competition and Innovation Act and life science post-grant proceedings. Her clients range from emerging companies in the biotechnology and biopharma industries to established international pharmaceutical companies. She has extensive experience in the areas of small molecule and biologic pharmaceuticals (including antibody technologies), drug formulation and drug delivery technologies, diagnostics, protein biochemistry, and chemicals. She can be reached at tfrancis@fr.com.