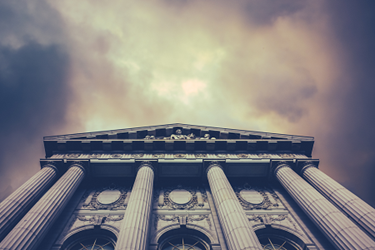 In many ways, last year was a notable one for biosimilars in the U.S. During the 2019 calendar year, the FDA approved the 26th biosimilar product, and the 12th biosimilar product was launched in the U.S. market (with more expected to launch in the coming weeks). These developments were accompanied by a flurry of activity at the FDA, new proposed and enacted legislation, and many new developments in court and in post-grant proceedings. This four-part article series will focus on 2019 legal developments related to the biosimilar sector — specifically, litigation under the Biosimilars Price Competition and Innovation Act (BPCIA), litigation related to alleged anticompetitive behavior on the part of reference product sponsors, and biologic-related post-grant challenges.

Since the BPCIA’s enactment in 2010, over 40 BPCIA cases have been filed in district courts. (See Figure 1.) Amgen (with 15 cases) and Genentech (with 13 cases) are the most active plaintiffs and together account for the plaintiff side in more than half of all BPCIA litigation to date. Amgen is also the most common BPCIA defendant (with eight cases), while Celltrion (defendant in seven cases) and Sandoz (defendant in six cases) are not far behind. BPCIA litigation has involved biosimilars of nine different reference products: Remicade, Neulasta, Neupogen, Avastin, Herceptin, Rituxan, Humira, Enbrel, and Epogen. Unsurprisingly, these mirror the nine reference products for which there are FDA-approved biosimilars. The District of Delaware, the District of New Jersey, and the Northern District of California have emerged as the most common venues for BPCIA litigation.

2019 saw a decrease in new BPCIA district court filings in comparison to the last three years (see Figure 1). Further, several of the 2019 cases were follow-on cases to add new patents, as opposed to new disputes involving new parties and/or biosimilars. Of the five new BPCIA district court cases filed in 2019, only Genentech v. Immunex and Immunex v. Samsung Bioepis are still ongoing; the remainder have been dismissed. The newly filed BPCIA cases are summarized in Table 1 and are discussed individually in the section addressing ongoing litigation below and in the review of litigation resolved in 2019 in Part 2.

As discussed above, the BPCIA cases filed in 2019 that are currently ongoing include:

In addition, several cases filed prior to 2019 remain ongoing:

We discuss each ongoing BPCIA district court case briefly below.

This case concerns Mvasi, Amgen’s biosimilar to Genentech’s Avastin (bevacizumab), and relates to two prior cases between the parties consolidated into Case No. 17-1407 (D. Del.).

Genentech filed this new suit in response to a supplement to Amgen’s biologics license application (BLA) for Mvasi filed in August 2018 and produced during litigation in the previous cases. Genentech contended that a supplement to the BLA was an “application” within the meaning of § 262(l)(2), thus triggering the contention-exchange process and other aspects of the BPCIA “patent dance” (Dkt. 24 at 5). In a heavily redacted complaint, Genentech asserted 14 patents, including 12 that it had asserted previously in Case No. 17-1407, and two new patents directed to manufacturing processes, U.S. Patent Nos. 9,493,744 and 9,714,293 (Dkt. 12).

On May 13, 2019, Amgen moved to dismiss the complaint for failure to state a claim. Amgen argued that plaintiffs “missed the deadline to request leave to add these [two new] patents to the 1407 Case (because they did not have good cause to do so) and now hope to sidestep the Court’s good cause requirement” (Dkt. 20 at 1). Among other allegations, Amgen alleged that Genentech was engaging in “claim-splitting” based on the “groundless premise that a new round of the BPCIA exchange process automatically begins, and a follow-on complaint may be filed, whenever a biosimilar applicant submits a supplemental BLA for approval of an [redacted] for an already-approved product” (Id. at 2). Genentech opposed dismissal (Dkt. 24). No decision on this motion is available on the public docket.

In July 2019, when Amgen announced it was preparing to immediately launch Mvasi, Genentech filed two emergency motions seeking to enforce the BPCIA’s 180-day notice of commercial marketing requirement in connection with the new supplements and a temporary restraining order (TRO) to prevent potential marketing of Mvasi (Dkt. 29; Dkt. 31). Although Amgen had provided notice of commercial marketing back in October 2017, Genentech argued that new notice was required because “Mvasi is a new product … accompanied by a new label, and the subject of several applications, FDA reviews, and FDA approvals” (Dkt. 50 at 10). The court denied both motions (Dkt. 47), which Genentech immediately appealed on July 19, 2019 (Dkt. 43). The appeal, CAFC 19-2155, will be discussed in Part 3 of this article series. That same day, the district court also denied Genentech’s motion for an injunction pending appeal. Amgen launched Mvasi in the United States in July 2019.

This case involves the reference product Enbrel (etanercept) and Samsung Bioepis’ biosimilar, Eticovo. On April 30, 2019 — only five days after FDA approved Eticovo — Immunex asserted five patents against Samsung Bioepis, three of which were owned by Immunex and two that Immunex had exclusively licensed from Roche (Dkt. 1 at 3). Samsung Bioepis answered the complaint on August 5, 2019 (Dkt. 70).

Early in the litigation, on May 29, 2019, Sandoz moved to intervene in this case with a heavily redacted brief in support of the motion (Dkt. 37). In a separate lawsuit with Immunex, Immunex v. Sandoz (16-cv-01118 D.N.J.), Sandoz had challenged validity of the Roche-owned patents, U.S. Patent Nos. 8,063,182 and 8,163,522 (Id. at 10). In its brief, Sandoz claimed it had a “substantial and central interest in the property that is the subject of the litigation” that may be impaired, and that its interests were not adequately represented by the parties (Id. at 6, 8-9). The court has not ruled on Sandoz’s motion.

One notable dispute arose over waiver of attorney-client privilege in both this case and Civil Action No. 18-cv-00924 related to Herceptin. Genentech had asserted claims of willful infringement, to which Amgen responded with an advice-of-counsel defense. In an order dated June 20, 2019, the court found that “Amgen’s production of its opinion letters … has effected a subject matter waiver of Amgen’s attorney-client privilege concerning infringement and validity of those patents,” and the waiver “extends to communications pre-dating the opinion letters and extends to Amgen’s in-house counsel” but not “outside trial counsel” (Dkt. 407 at 1). Amgen filed a motion for reargument (Dkt. 423), which the court denied (Dkt. 488).

The court also granted-in-part a motion by Amgen to compel Genentech to produce “licensing and/or settlement agreements” with other biosimilar developers, including Pfizer and Celltrion (Dkt. 387). The court required Genentech to produce “any other terms … that have any relevance to the value placed upon any of the patents implicated therein, including but not limited to royalties, lump sum payments, or any other consideration identified in the agreements” (Id.).

This case, filed in June 2018, relates to Genentech’s Herceptin (trastuzumab) and Amgen’s biosimilar, ABP 980, marketed under the tradename Kanjinti.

On July 10, 2019, Genentech filed a motion for a TRO and preliminary injunction to prevent Amgen from commercially launching Kanjinti until the court rendered a decision on the merits following a full trial (Dkt. 308). The court denied the motion, finding that Genentech waited too long to file: “fourteen months after receiving the Notice of Commercial Marketing, three months after receiving a fairly specific launch date, and almost one month after Amgen had FDA approval to launch Kanjinti” (Dkt. 315 at 5). The court determined that Genentech’s undue delay was sufficient to deny its motion and that Genentech would not suffer irreparable harm due to its previous licensing of certain asserted patents (Id. at 6). Genentech appealed on July 19, 2019 (CAFC 19-2156, which will be discussed in Part 3). Genentech launched Kanjinti in July 2019.

This case involves Nivestym, Hospira and Pfizer’s biosimilar of Amgen’s Neupogen (filgrastim). On July 18, 2018, Amgen asserted one patent in its initial complaint: U.S. Patent No. 9,643,997, directed to protein purification (Dkt. 1 at 3).

This case involves Amgen’s Neulasta (pegfilgrastim) and Coherus’ biosimilar Udenyca / CHS-1701. The District of Delaware granted Coherus’ motion to dismiss, finding that Amgen was barred by both prosecution history estoppel and the disclosure-dedication doctrine from asserting infringement under the doctrine of equivalents. The Federal Circuit affirmed on July 29, 2019, as will be discussed in Part 3.

In October 2019, Coherus filed a motion seeking to recover its attorneys’ fees (Dkt. 92). Coherus argued that this case was exceptional for a number of reasons, including the weakness of Amgen’s infringement case and Amgen’s insistence on litigating all the way through appeal (Dkt. 92, at 6–11; Dkt. 97). Amgen opposed (Dkt. 95). The motion is still pending before the court.

Part 2 of this four-part article series provides a review of BPCIA district court cases that settled in 2019.

Tasha M. Francis, Ph.D., is an associate at Fish & Richardson, where she focuses her practice on patent litigation. She is a well-known speaker and writer on topics related to the Biologics Price Competition and Innovation Act and life science post-grant proceedings. Her clients range from emerging companies in the biotechnology and biopharma industries to established international pharmaceutical companies. She has extensive experience in the areas of small molecule and biologic pharmaceuticals (including antibody technologies), drug formulation and drug delivery technologies, diagnostics, protein biochemistry, and chemicals. She can be reached at tfrancis@fr.com.