Biosimilar Makers To Congress: Time To Act On REMS Legislation 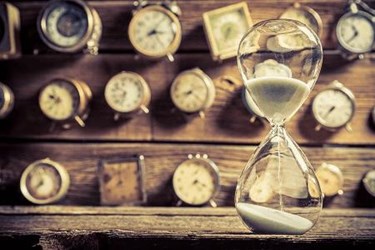 The past few weeks have been an exhausting lineup of hearings — and I say this as a mere observer, and not as a witness or active participant of these meetings. In the past three weeks, I’ve watched livestreams of an AtlanticLIVE policy briefing and the Biosimilar and Generics User Fee Acts (BsUFA II and GDUFA II) reauthorization hearing before the House Energy and Commerce Committee. We’re also in the midst of the hearing for President Trump’s Supreme Court Justice nominee, Neil Gorsuch, which could impact the final Supreme Court ruling on Amgen vs. Sandoz.

But in addition to these considerations, there is one other issue that needs some attention: Risk Evaluation and Mitigation Strategies program (REMS) abuse. As Bruce Leicher, president of The Biosimilars Council and the VP and general counsel of Momenta, discussed in the BsUFA II hearing, innovators’ abuses of REMS programs have become a significant stumbling block for biosimilar companies.

REMS programs, which limit distribution, are reserved for drugs with heightened safety concerns. Since 2007, the FDA has had the authority to mandate that certain drugs have more selective and limited distribution networks. However, some innovator companies have chosen to launch their own voluntary distribution programs.

And here we see the problem taking shape for biosimilar companies. In order to carry out advanced analytical testing and large Phase 3 clinical trials, biosimilar companies require large quantities — and multiple batches — of the reference drug. But certain innovators, claiming concerns about patient safety, hide behind REMS or a voluntary restricted-distribution program. Their actions ultimately bar biosimilar and generics makers from gathering what they need to secure approval and introduce competition.

According to the FDA’s Janet Woodcock, there have been more than 150 complaints from generics firms because of difficulties securing samples for equivalence testing. (This doesn’t include the biosimilar space.) And the FDA does not currently have the authority to compel a drug company to provide these lots for biosimilar or generics testing. There also is a lack of federal guidance dictating when a product can or cannot be put into one of these limited-distribution programs outside of REMS.

Last week, the Subcommittee on Health Care, Benefits, and Administrative Rules held a hearing — one of multiple — on these controversial practices. The hearing featured testimony from Leicher (this time representing the Association for Accessible Medicines [AAM]) and Dr. Gerard Anderson, director for Johns Hopkins Center for Hospital Finance and Management.

If there was one big takeaway from the presenting witnesses, it’s that the industry is no longer interested in carrying out studies to determine the extent of REMS programs abuses. As Leicher argues, the FDA has testified about this problem multiple times, and the Senate and House committees are no strangers to REMS concerns. It’s finally time to take action.

There has been one promising bipartisan bill proposed, called the Fair Access for Safe and Timely (FAST) Generics Act. The Biosimilars Council and the AAM have both come out in support of this bill, which would require innovator companies to provide samples of the reference product to generics and biosimilar makers. This, in turn, would promote quicker generics approvals and more market and price competition.

“Some may argue REMS abuse is too small a problem to address legislatively,” Leicher said. “But the numbers, and this hearing, say otherwise. A [study on the impact of REMS abuse on health care spending and patients] will only delay competition further. It’s time to act on legislation.”

REMS: Why Action Is Necessary

In 2014, the AAM — formerly the GPhA — sponsored a paper entitled “Lost Prescription Drug Savings From Use Of REMS Programs To Delay Generic Market Entry.” The paper, written by Alex Brill of Matrix Global Advisors, revealed there were 40 small molecule generic products put on hold because of REMS. The market delay of these 40 products is estimated to have led to a loss of $5.4 billion in annual savings. The majority of this burden was carried by private health insurers, followed by the federal government, and patients.

On the biologics side, biosimilars held back by REMS were estimated to bring about a loss of $140 million for every $1 billion in biologics sales. (For reference, biologics cost the U.S. $92 billion in 2013.) That number has only increased in the last four years.

It’s a widely acknowledged truth in the biosimilar space that, without competition, the high prices of the reference products — and the early biosimilars to market — will remain high. And given the current REMS and voluntary restricted distribution practices, market monopolies and high prices are likely to remain. Leicher described how some of these practices have impacted his company’s attempts at creating and marketing biosimilars. After approaching wholesalers and acknowledging Momenta is developing a biosimilar of a specific reference product, the wholesalers have admitted their contracts do not permit the distribution of that specific reference product to generics makers. In some cases after this has happened, Momenta has chosen to pursue a different product rather than to approach the manufacturer to purchase the reference product. “We believe we would’ve been involved in protracted negotiations if we were to approach the manufacturer,” Leicher offered.

Because the current laws have not been reinforced, innovator companies engaging in these restrictive practices have often relied on the resulting litigation to continue to bar generics’ access to the market. “Companies are waiting to see if they’ll lose the litigation [that results from turning away comparator requests],” Leicher explained. “Biosimilar makers and generics makers can’t afford to litigate for three years to purchase samples at a fair market value, and then start development in three years.”

But stepping back from the company level, Johns Hopkins’ Anderson points out the potential concerns he has about these practices for patients and their confidentiality. A limited distribution chain also provides the company with detailed information on whom is taking that specific drug. “Because they only have one distributor, it’s possible to track each patient using that drug, so patient confidentiality is compromised,” he explained. This also means the innovator is able to know when a party that does not have the health condition, such as a biosimilar company, approaches to purchase the drug. “They can say, ‘You don’t have that disease. You’re not entitled to that treatment,’” Anderson explained.

What Can Be Done?

Because the FDA is unable to require the innovator company to provide samples to generics makers, the unresolved cases have been passed onto the Federal Trade Commission (FTC). The FTC has filed amicus briefs, claiming this behavior is anti-competitive. But these filings haven’t led to great results. One particular case involving Celgene has been ongoing since 2014.

“The FDA does not have the authority to regulate competition among competitors,” Leicher spelled out. “And that’s where some of the statutes in [Congressmen Steve Stivers and Peter Welch’s FAST] bill are directed.”

The FAST bill was introduced in the House in June 2015. A few days later it was referred to the Subcommittee on Health, which is the last documented action for the bill on the Congress.gov site. Essentially, this bill would restrict innovator companies without REMS programs from restricting access to their products so generics and biosimilar makers can expedite development of competitors. Companies would be required to provide the requested samples within 30 days of the request.

For REMS products, the biosimilar or generics maker would need the FDA’s authorization to purchase and carry out the necessary testing on the innovator product. (This, generally, has not been a problem thus far.) Once the FDA provides that nod, the wholesaler is required to provide the requested quantity of the product to the biosimilar company for a “commercially reasonable, market-based price,” the bill emphasizes. There is also a certain amount of confidentiality required; the wholesaler may share certain information with the innovator company about the request and the quantity of the medicine provided. But it is not permitted to share the identity of the recipient of the samples.

In addition to this bill, Anderson also briefly presented several other options should the FAST bill not be accepted. Though passing the FAST bill is the first and foremost suggestion he made during his opening testimony, should it not be passed, he also suggested that companies be required (outside of the bill) to sell samples to generics makers, and that a company be required to announce it is seeking a REMS designation upon submission of its application to the FDA.

I also think it’s worth calling attention to two other topics Anderson mentioned. Johns Hopkins is creating an inventory of the drugs in restricted distribution networks “to study whether their prices increase when they have limited distribution.” He hopes to have some results to share from this study within the next couple of weeks. The university is also exploring the possibility of creating a nonprofit drug company. This nonprofit would focus on competing against drugs that currently have no generics competition, as well as drugs that have had rapid price increases.

The latter initiative touches on a big theme that was addressed briefly in the user fee hearing a few weeks ago: how the industry can address persistent monopolies and lack of market competition for certain products. I expect that, moving forward, we’ll hear a lot more about how both the generics and biosimilar industries plan to confront this challenge to bolster market competition.